The song and dance routine

Recently, while on a photographic safari, I had a guest who was very interested in photographing birds. We had seen the male Whydah birds on several occasions, and he was extremely keen on getting a shot of these seasonal beauties. On one of the drives, we ventured to the south of the reserve, and found one male Long-tailed Whydah, that sat still long enough for us to get a shot. Then he flew off (as they always do), only to return the same perch. “What the”, was pretty much what we all said, as then surmised that he probably wasn’t the brightest of his species. 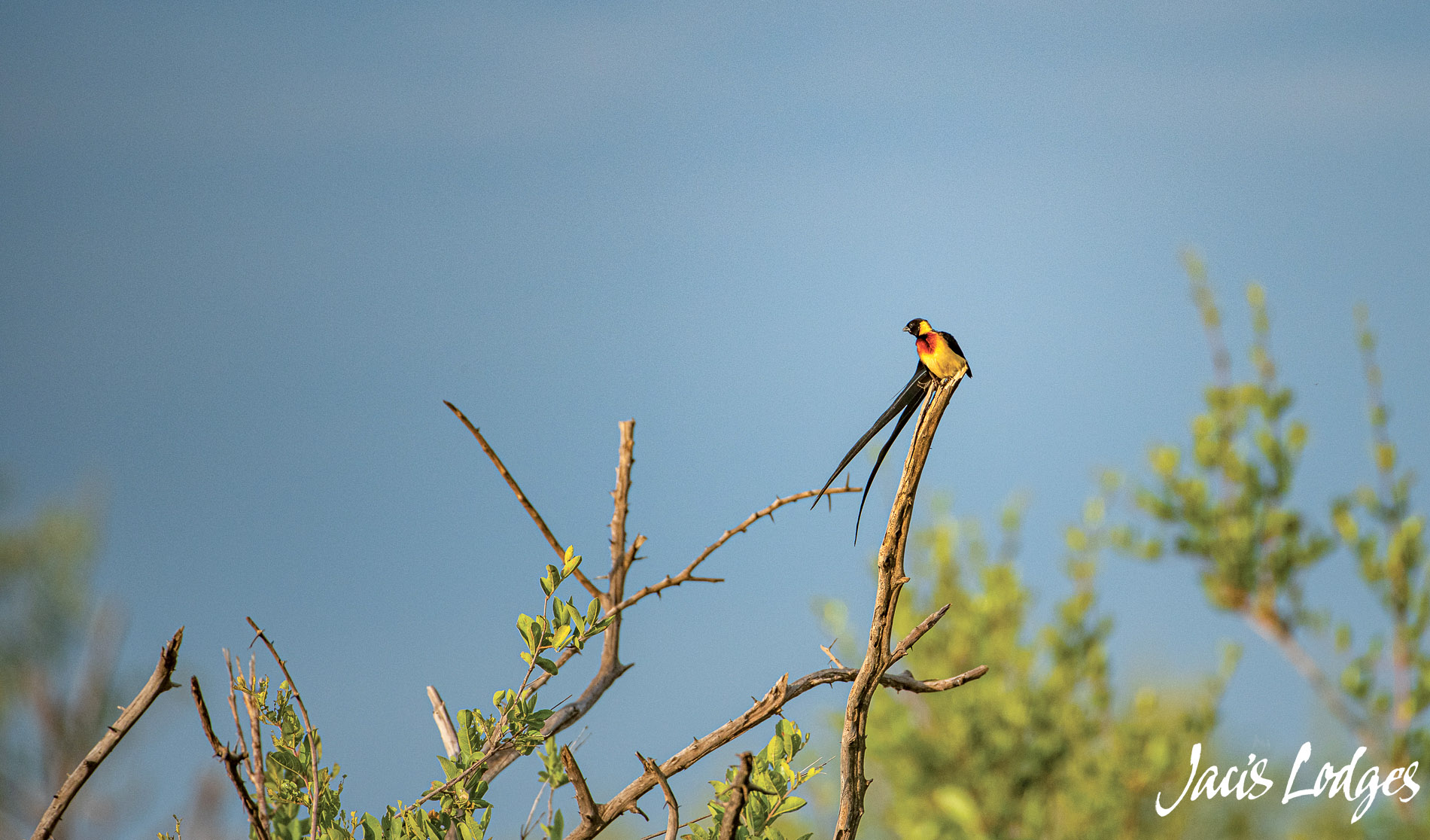 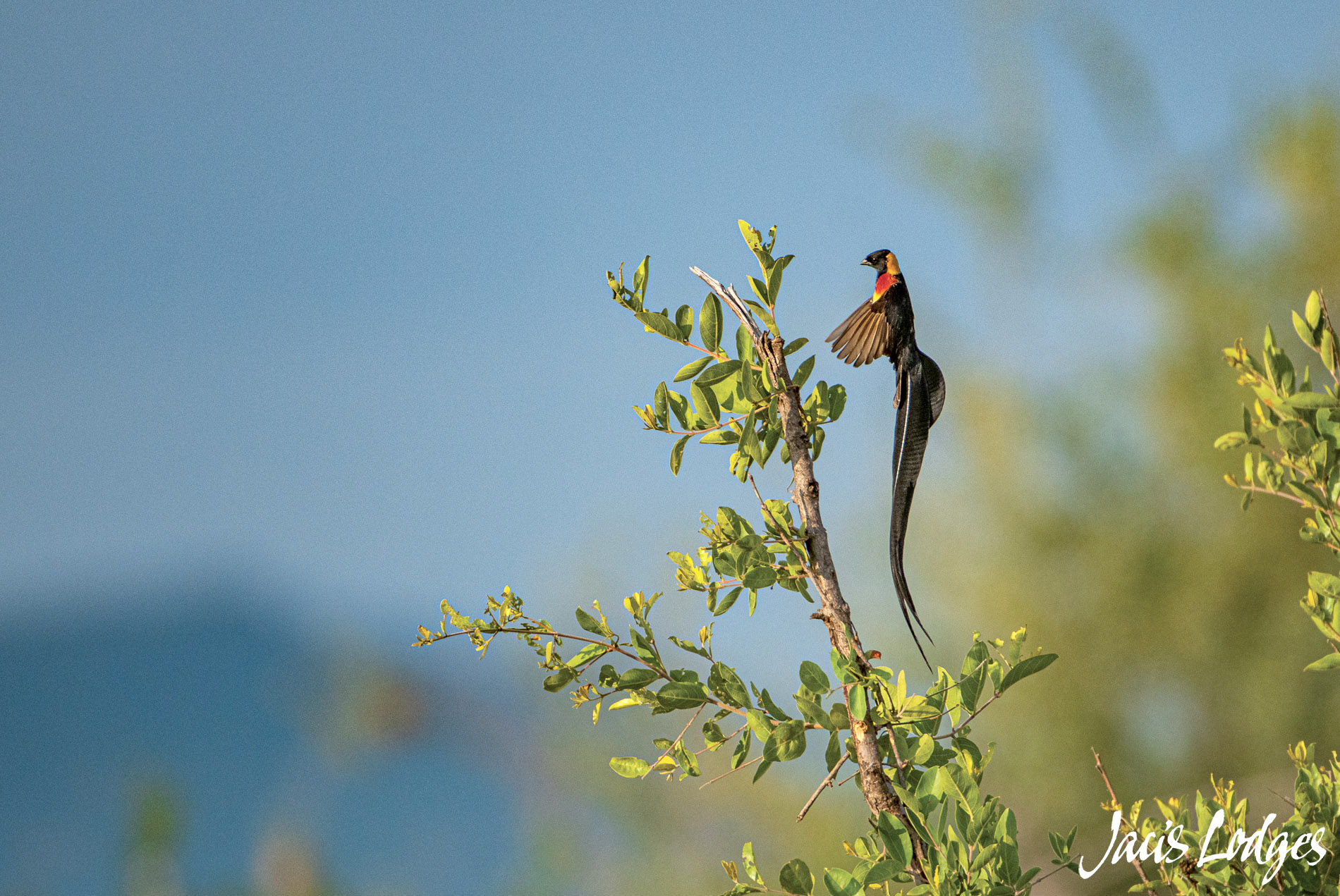 However,  he then started calling from the perch, and almost immediately a rather drab female landed nearby. This really got him going, and were treated to a remarkable show. He flitted, bounced and jumped his way around her with the precision of Michael Jackson and the charm of Sean Connery, and we watched him strut around for close on two minutes. 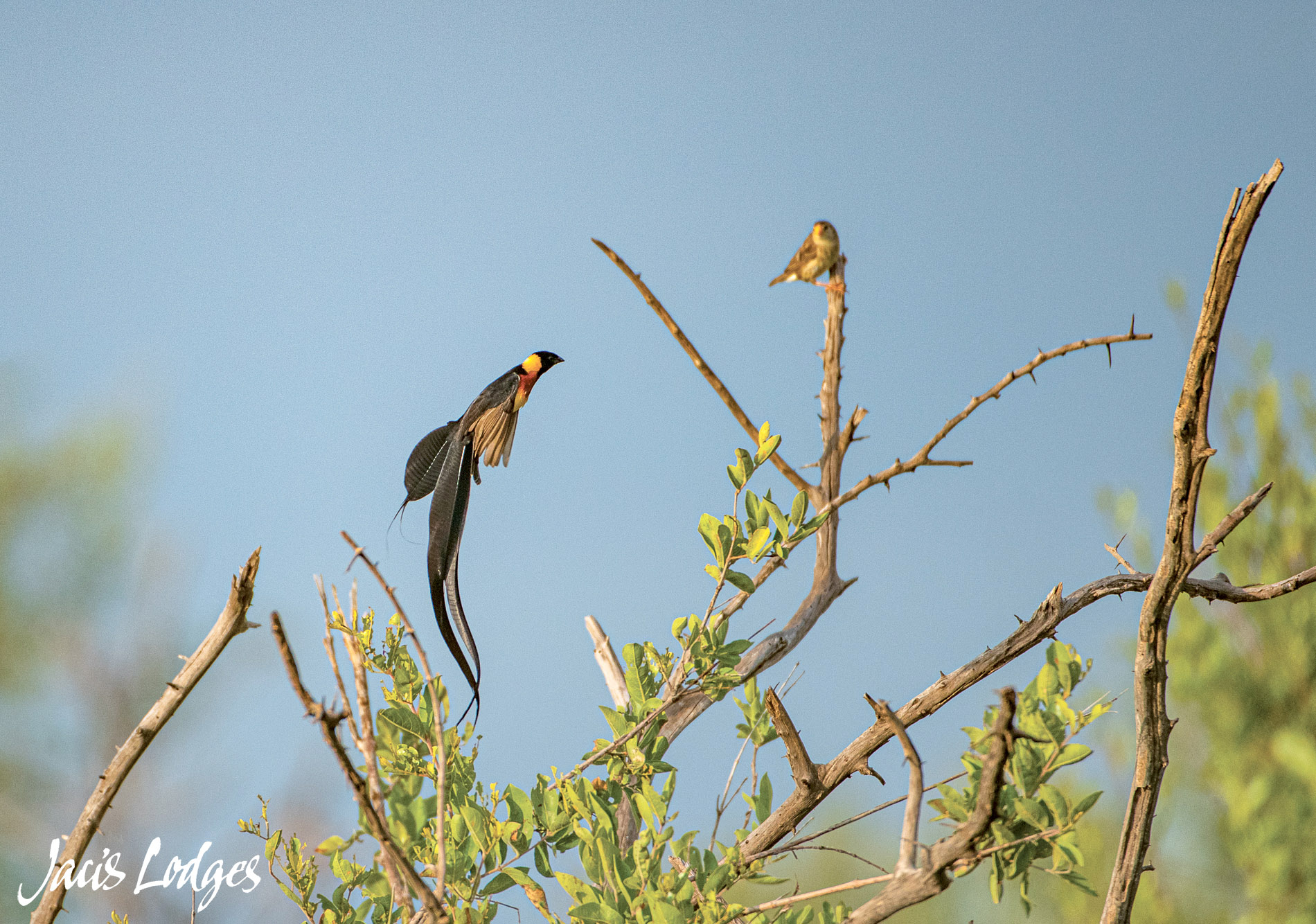 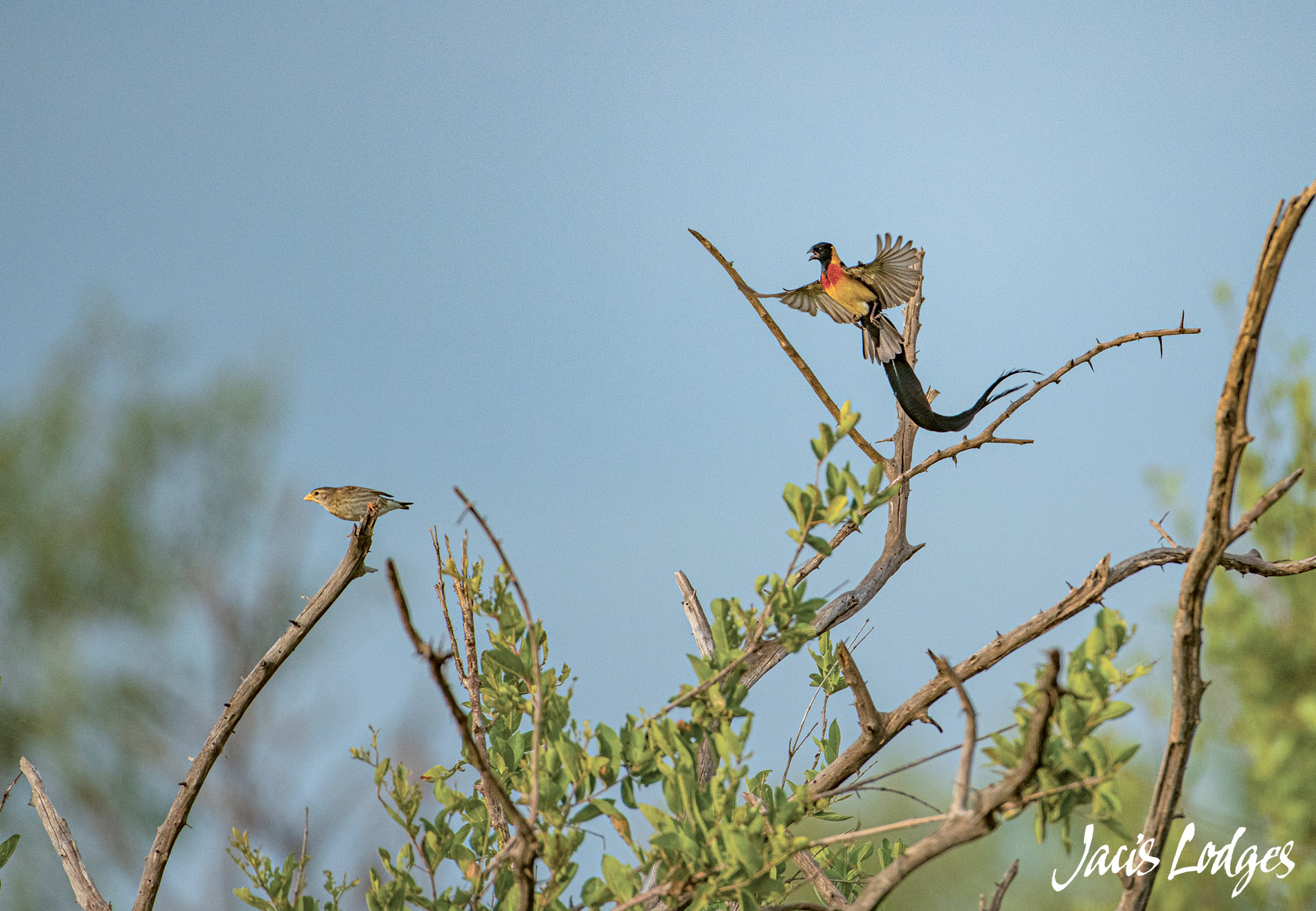 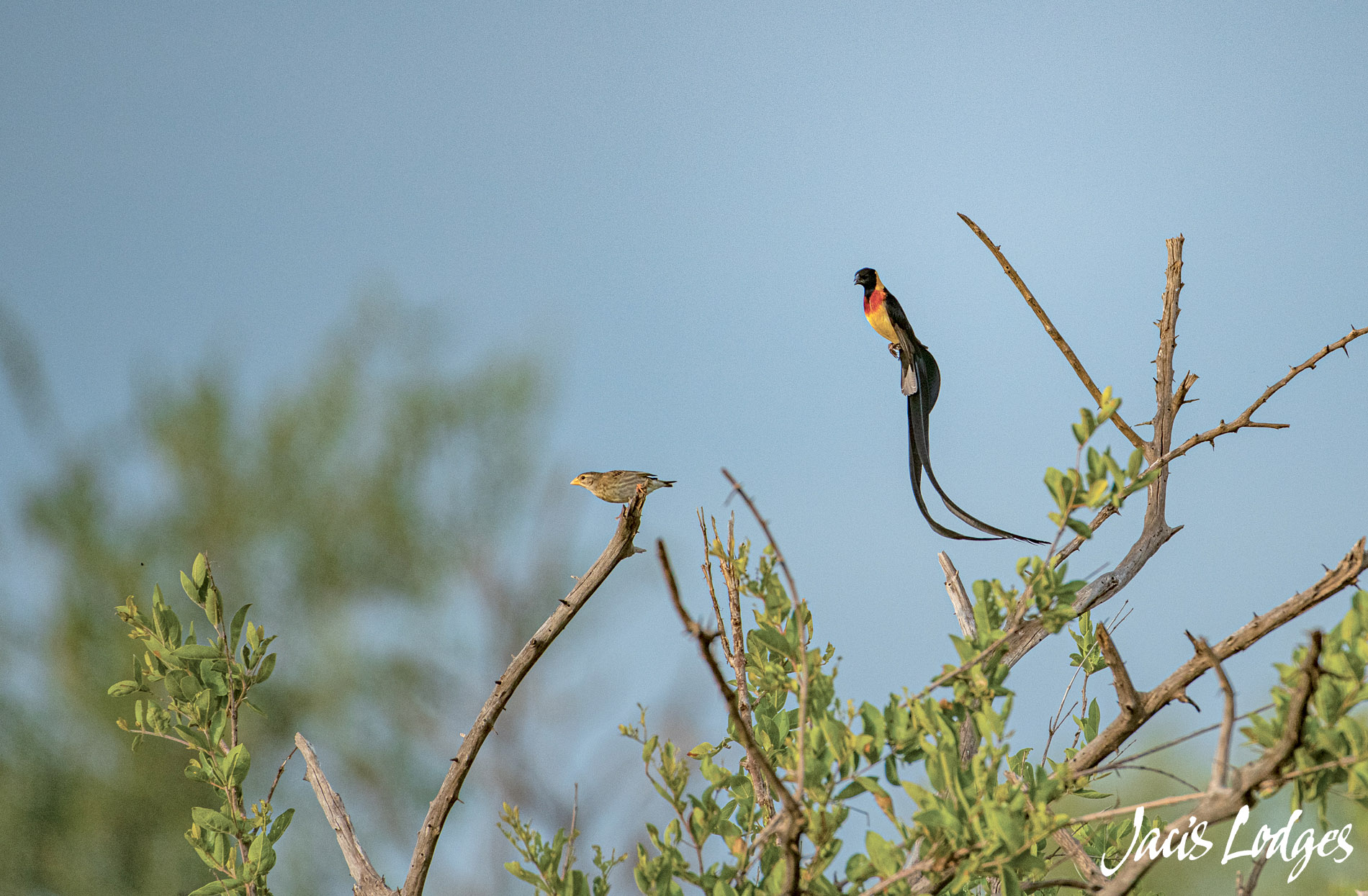 After the two minutes show, the couple flew off together, probably to negotiate the terms of engagement. One of the bird sighting I’ve ever had.

Text and Images by Darren Donovan