Around the Campfire – Violet colours I reflect

The Violet-backed Starling (previously known as the Plumcoloured Starling) breeding male reflects a beautiful purple variation of colour, depending on the way the light reflects of the feathers. Whereas, typical to birds, the female Violet-back Starling is more of a brown color across the back with the white chest similar to the males.

These birds are only found in Madikwe for the summer season when food resources are abundant for their diet, in the winter these birds would migrate intra-Africa. They migrate to follow their food source which is mainly fruits, but have been known to also eat insects. 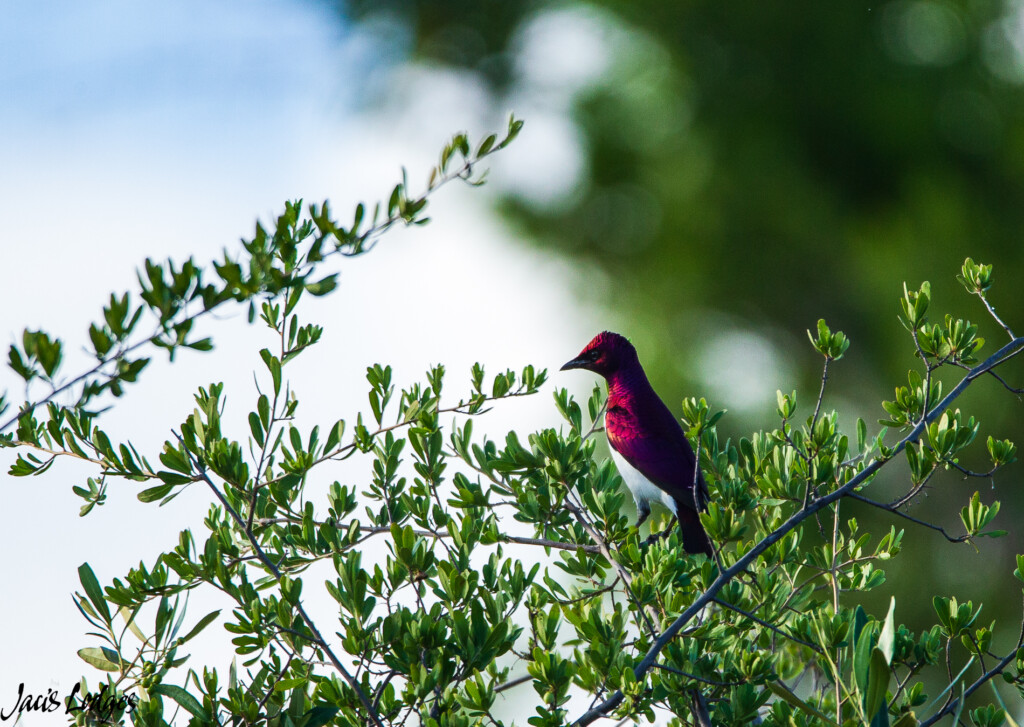 This Starling is monogamous, meaning mono – one and gamous – marriage, being married to one partner.

There have been some records of these starlings nests being used but other birds to rear up their young, since these parasitic birds cannot rear up their own offspring. The birds that have been recorded using the Violet-backed Starling as a host included the Greater and Lesser Honeyguides. 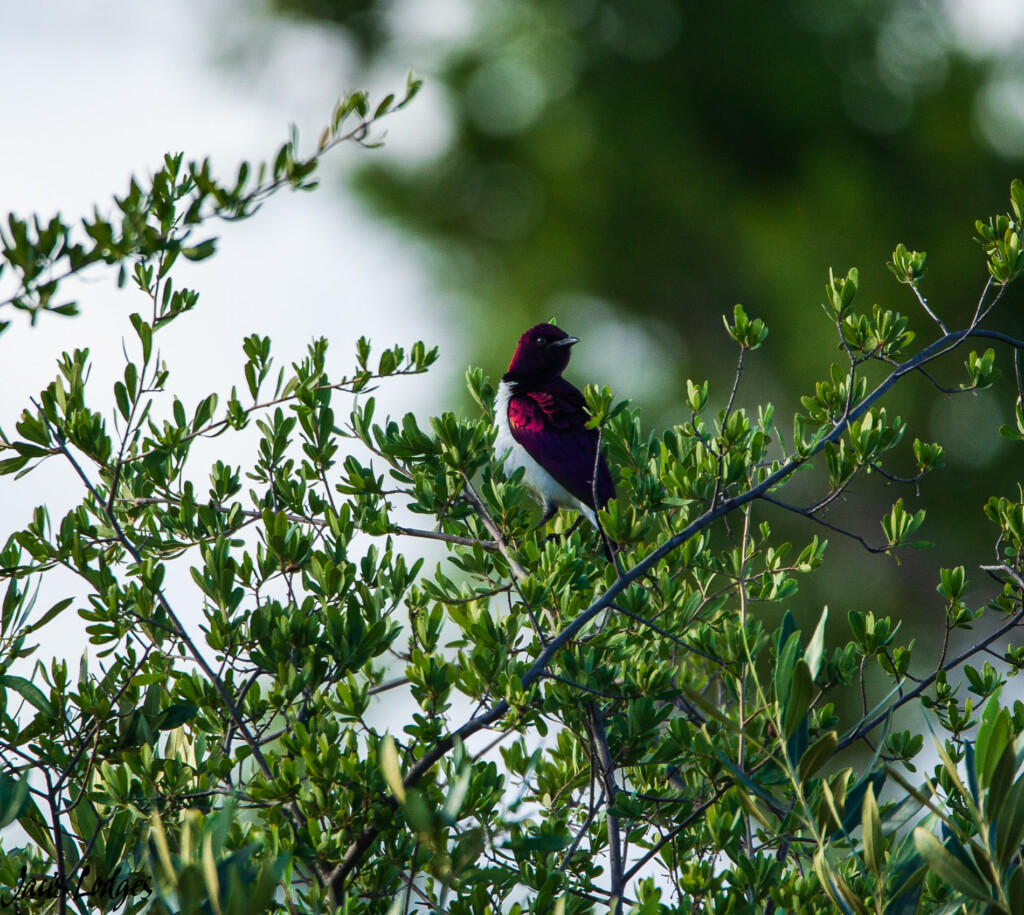 This bird was first described in 1775 by French naturalist, Georges-Louis Leclerc, Comte de Buffon in Western Africa, where they are still very prevalent, especially  in Benin.

The scientific name for this species is Cinnyricnclus leucogaster. Interestingly, this bird is now the only species in this the genus Cinnyricnclus . this name combines  Cinnyris, (a genus of sunbirds) and cinclus meaning “thrush”. The specific leucogaster is from the Ancient Greek leukos meaning “white” and gastēr meaning “belly” –

So a direct translation would be “white-bellied Sunbird Thrush” – not the greatest description for this truly magnificently iridescent bird!

References that were used:

Written and edited by: Bianca Lambourn and Andrew Currell