Around the Campfire – Monitoring Monitors

It is something overlooked quite often, but around the lodge you may encounter when walking along the beautiful river path. The Monitor Lizard also known as Likkewaan. In the area we have two potential species you may see, the Water Monitor and the Rock Monitor. Both beautiful reptiles, but both quite different from each other.

Let us take a moment to look at the difference between the two.

The Water Monitor: although usually found close to water, these monitors are not water dependent and will actively forage for food on land, travelling large distances from water if need be. They are also capable of climbing trees but are usually found basking on riverbanks. The streamlined shape of the body is perfect for a semi-aquatic lifestyle and it uses its long, strong tail to propel itself through the water with ease. The colour of the Water Monitor will vary for area to area, but a general rule of thumb is that the Water Monitor has tints of green, yellow and even a little brown.

They are carnivores and their diet consist of whatever is on offer. Water monitors have been recorded eating everything from frogs, crabs, invertebrates and lizards, to small mammals and birds.

They have large claws on their feet which they use to great effect when digging up such nests, as well as in self-defence. 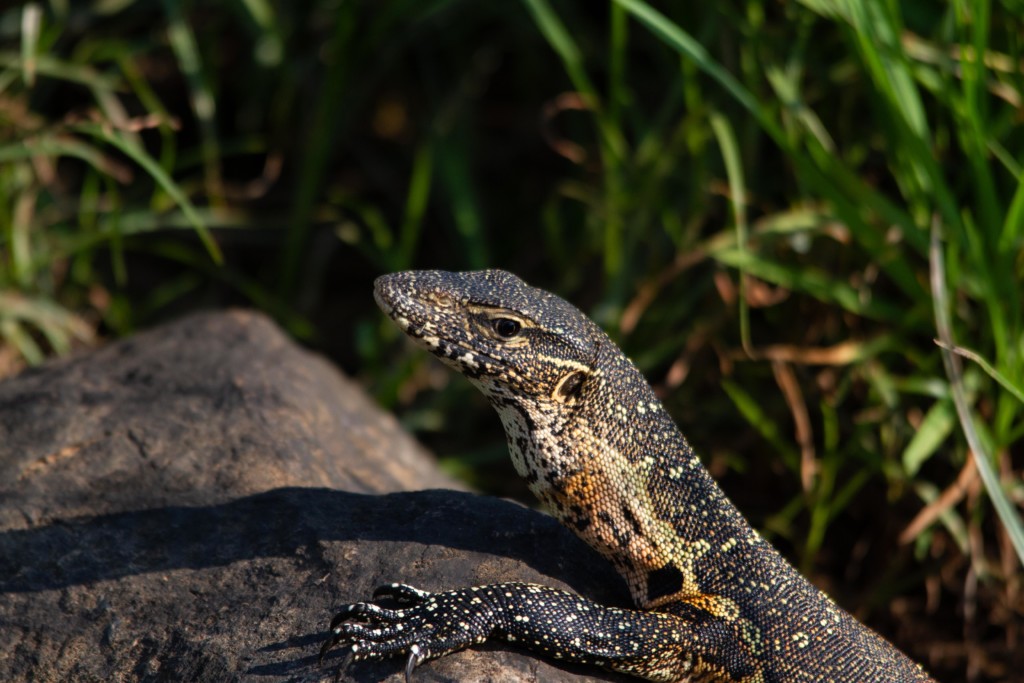 Interesting Fact: Crazy to say it as well but they are the number one crocodile killer in the world, let us think about it. They would not be able to kill an adult crocodile, but they raid the nests of the crocodiles, eating the eggs along with eating hatchlings.

The Rock Monitor, also known as the White-throated Monitor, Rock Monitors are diurnal predators, feeding on anything small enough to overpower, mainly invertebrates and smaller reptiles and carrion, baby tortoises. At night they hole up in burrows, under or between rocks, or in large holes in trees.

The Rock Monitor does have more of a brown like appearance, as seen on the photographs below. 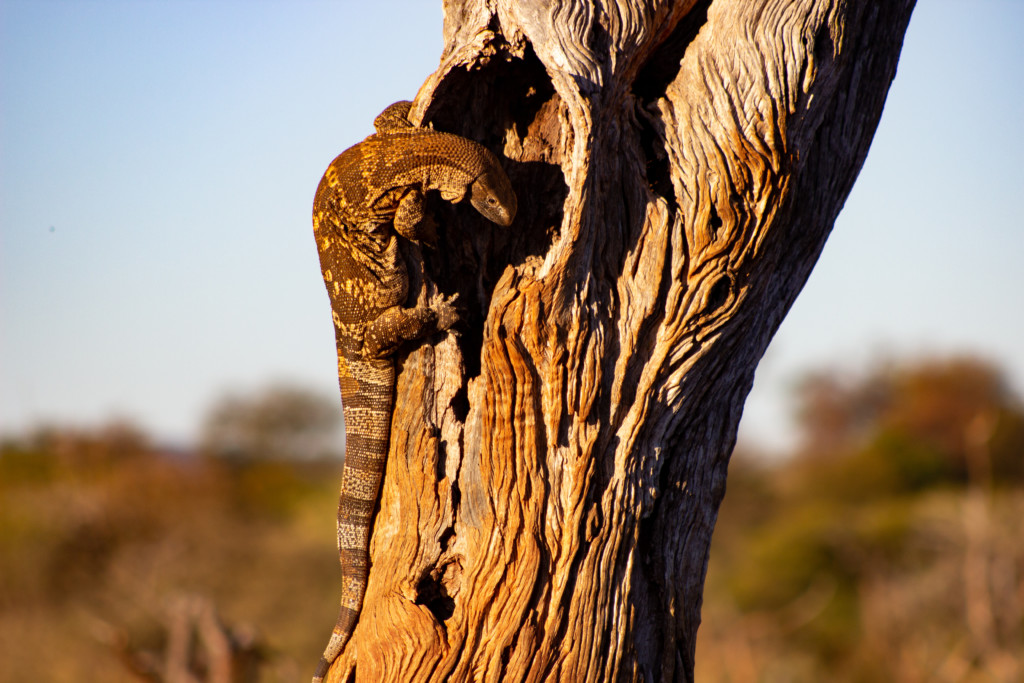 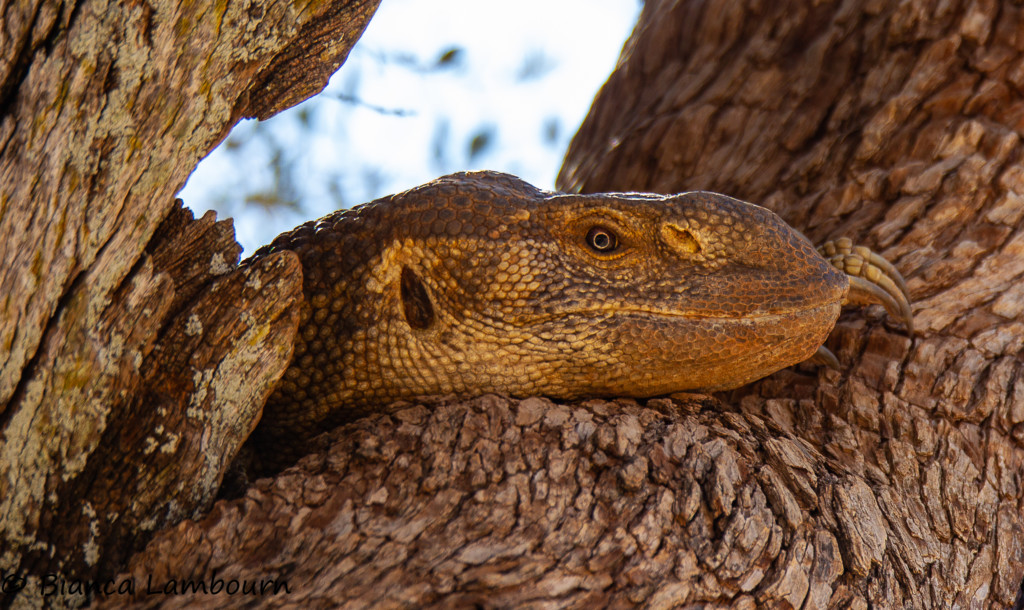 When threatened, Rock Monitors will defend themselves with powerful lashes from their tails, failing which it will sham death in the hope that the attacker will lose interest and move on.

Interesting folklore about the Rock Monitor:

People living with the HIV/AIDS virus in Yumbe District of Uganda have been reported injecting themselves with the blood of rock monitors, which they believe to be a cure for the virus. Many are reportedly discontinuing anti-retroviral therapy to pursue this anecdotal treatment.