Around the Campfire – Martial Matters

Soaring high above the bushveld, the incredibly powerful Martial Eagle plummets down to attack its prey.

The Martial Eagle, a raptor that is on the move and always on the lookout for its next meal. This majestic raptor can be found across most of Sothern Africa, throughout the year, but unfortunately, the incredibly sad fact is that these birds are part of the Red Data Species listing and have been classified as “Vulnerable”.

The International Union for Conservation of Nature Red List of Threatened Species references all species of wildlife and uses the following categories – Extinct, Extinct in the Wild, Critically Endangered, Endangered, Vulnerable, Near-threatened and finally Least Concerned 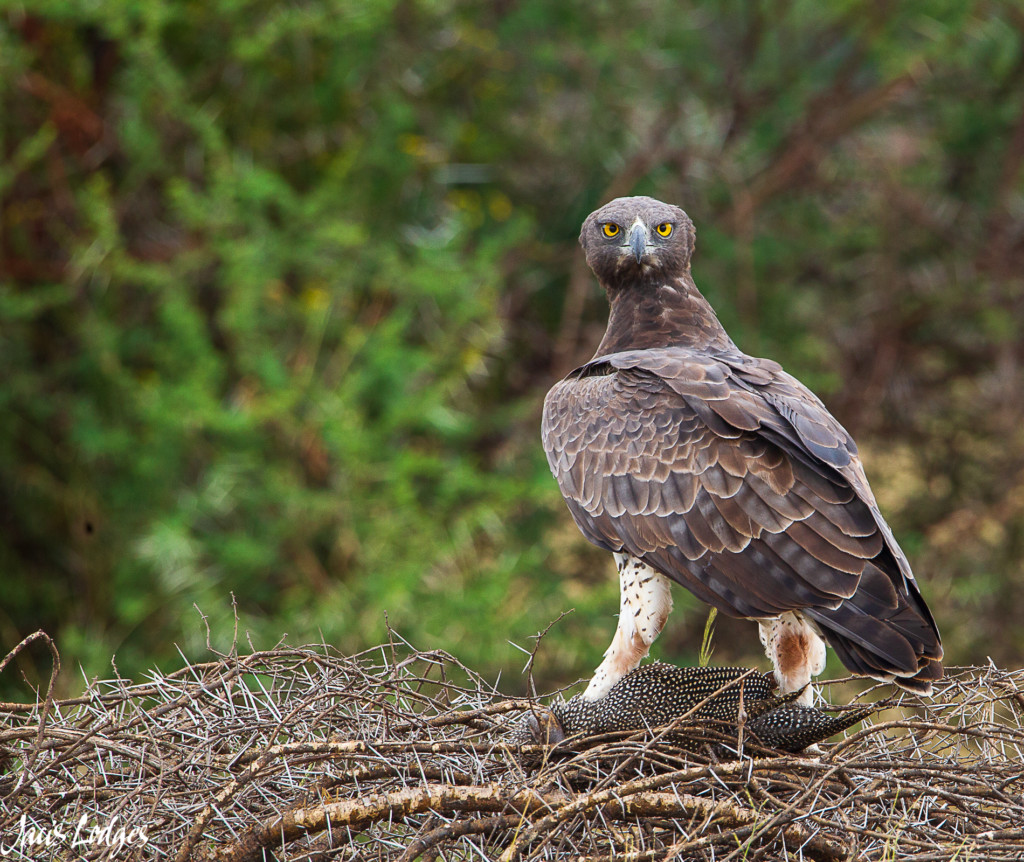 But back to the Martial Eagle –

This largest of South Africas eagles, has a remarkably diverse diet, dependent on the region they are in. Their menu consists of small mammals such as hares, small antelope, jackal, mongooses and young baboons. They also prey upon some birds, such as francolin, guineafowl, ibises , small bustards and also enjoy reptiles – especially monitor lizards. They can see even the smallest of their prey from up to five kilometers away, and their eyesight is three times more acute than our own. 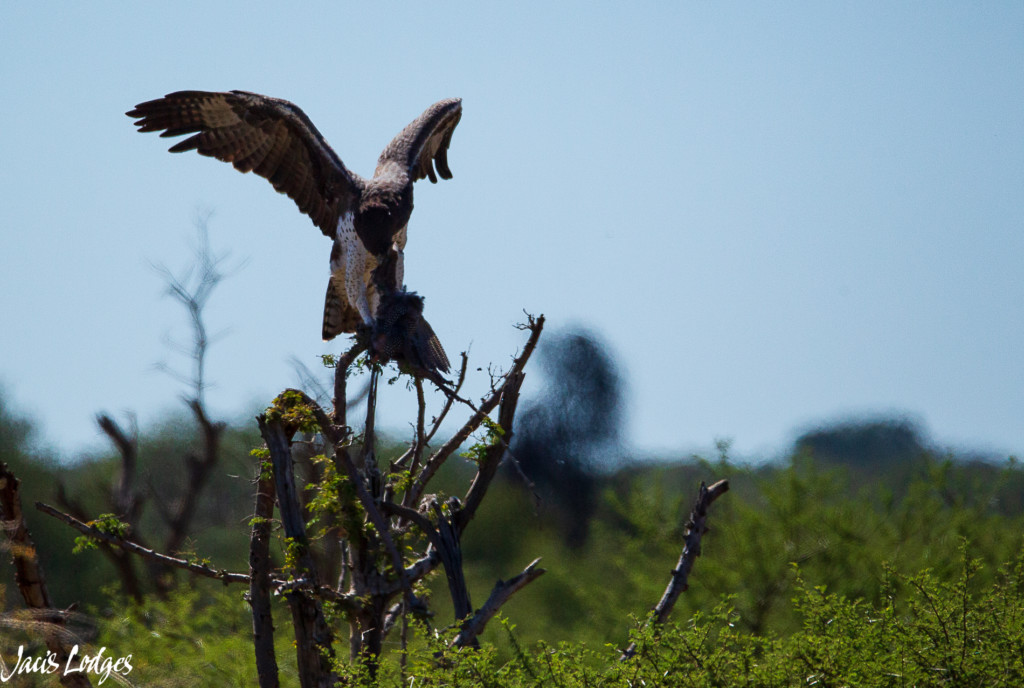 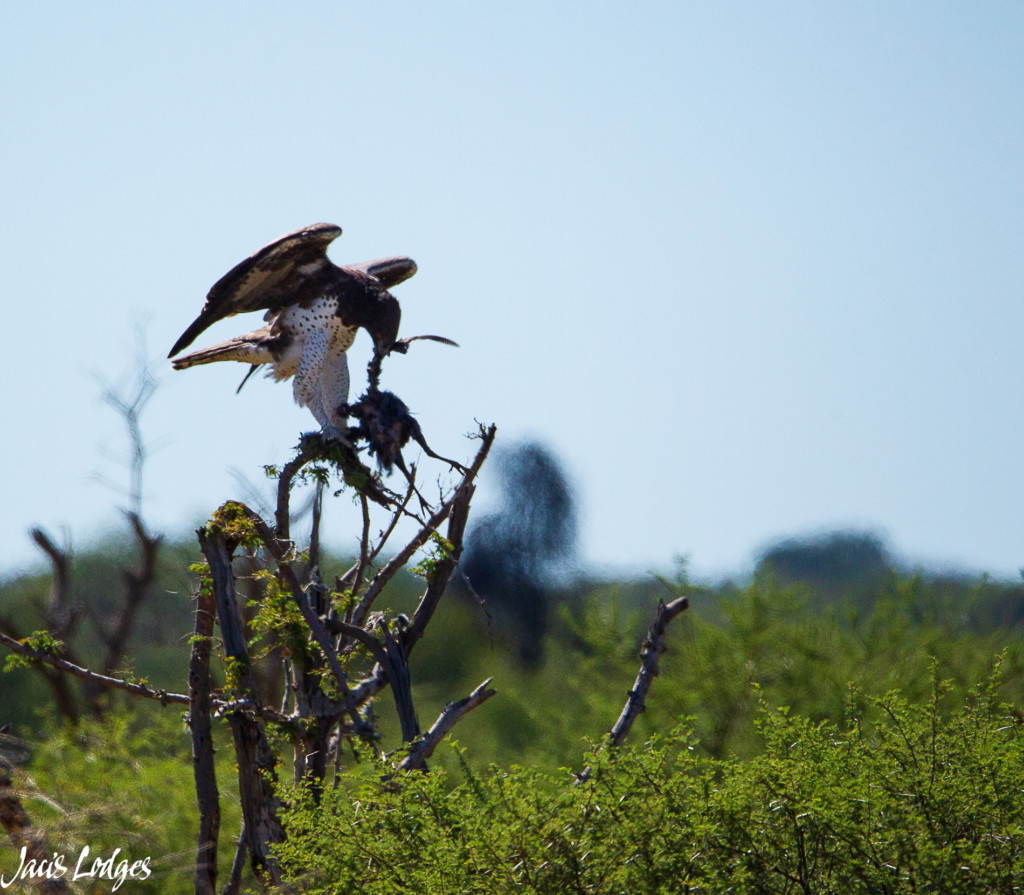 Apart from its ability to see so clearly, the Martial eagle has a number of additional weapons in is arsenal including power and weight, but the most effective of which is their speed.

Martial Eagles practice monogamy with pair bonding often maintained for several seasons.  Unfortunately, the fact that they are successful breeders only every two years greatly impacts their endangered status.

The nest is built and repaired by both sexes, but predominantly by the female, over a 2-3 weeks period. It is made of a substantial platform of sticks up to 1.5m long and 30mm thick, with a central cup lined with leaves. The nest is usually made in the fork of a Knob Thorn or the Camel Thorn Acacia, below the canopy, or on high-tension pylons; rarely, they are also known to use rocky outcrops.

A few fascinating facts about the Martial Eagle:

They are Africa’s largest eagle with a wingspan of 2.6 meters and are the fifth heaviest eagle on the planet, weighing in at a hefty 6.5kg 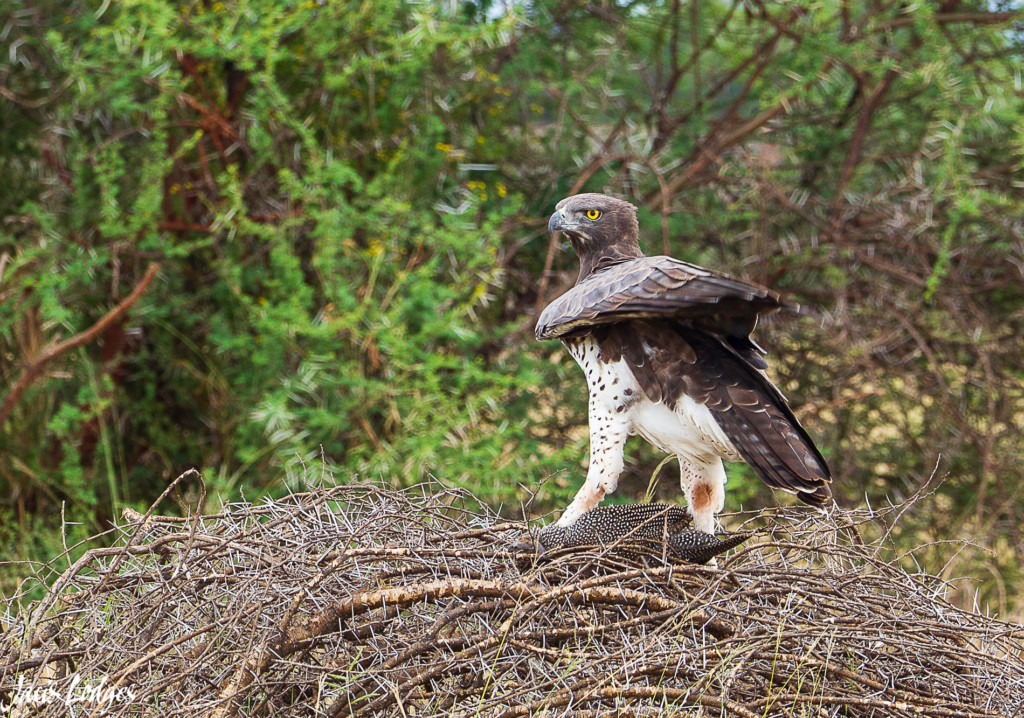 The Martial eagle talons are be able to break a human’s arm – but do not be concerned as we are too large for them to carry away, but that said, they are powerful enough to knock an adult off of their feet!

They spend up to 85% of their time perching!

Despite their strength and size, they are quite shy and avoid humans

Their range covers over 80 square kilometers!