Around the Campfire – Anja’s Photographic Journey and Pangolin Training

Jaci’s Lodges recently unveiled our new specialised Photographic Vehicle, equipped with Gimpro Game Viewer mounts and photographic equipment. To instruct and guide guests on their photographic experience at Jaci’s Lodges, we sent our well known guide, Anja Riise, to get some photographic training with Pangolin Photographic Safaris under the tutelage of some of the best photographic guides in the business – Guts Swanepoel, Janine Krayer as well as Charl and Sabine Stols. We asked Anja to write  piece on her photographic journey, and below you can read about her experience. 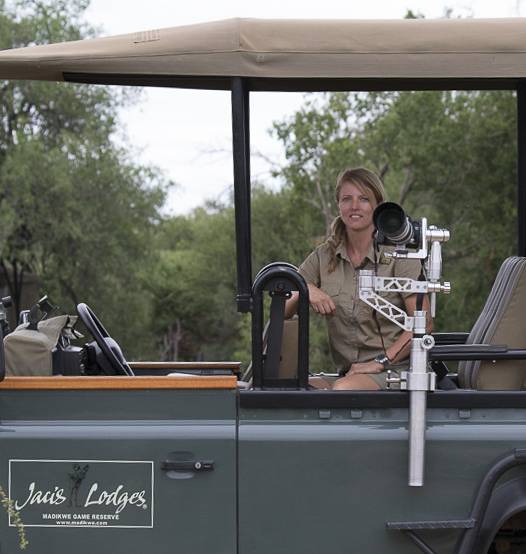 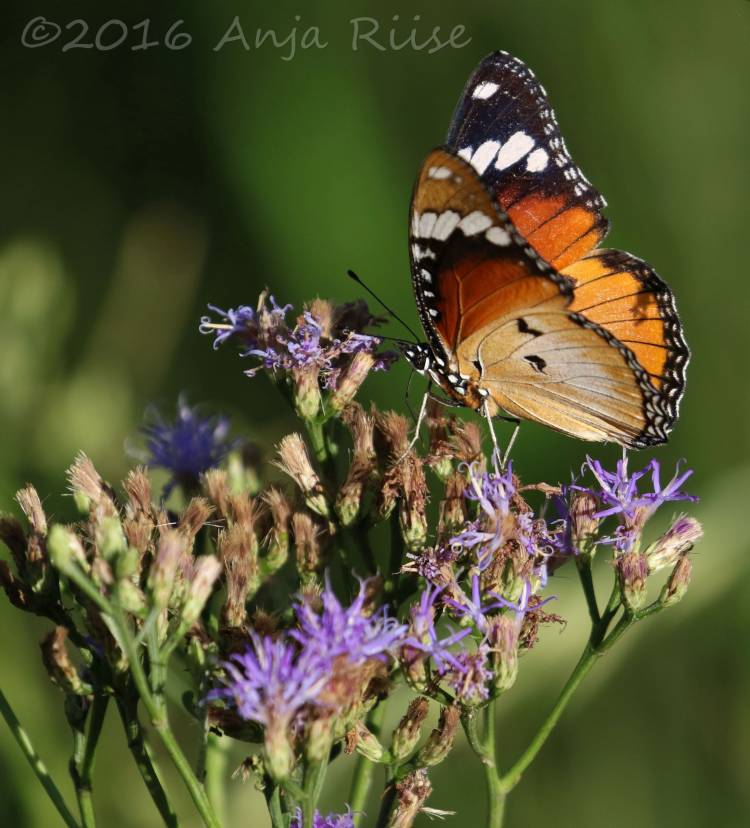 “To get some more photographic experience and knowledge I went to Pangolin Photo Safaris in Kasane for two weeks and I had some great instructors in Sabine, Charl, Janine and Guts. We mostly went out on the Chobe river in their eight seater specially equipped photographic boats with Gimpro mounts. We also did a couple of trips in the houseboat’s four seaters with the same setup and into the park on land, to find different birds especially. 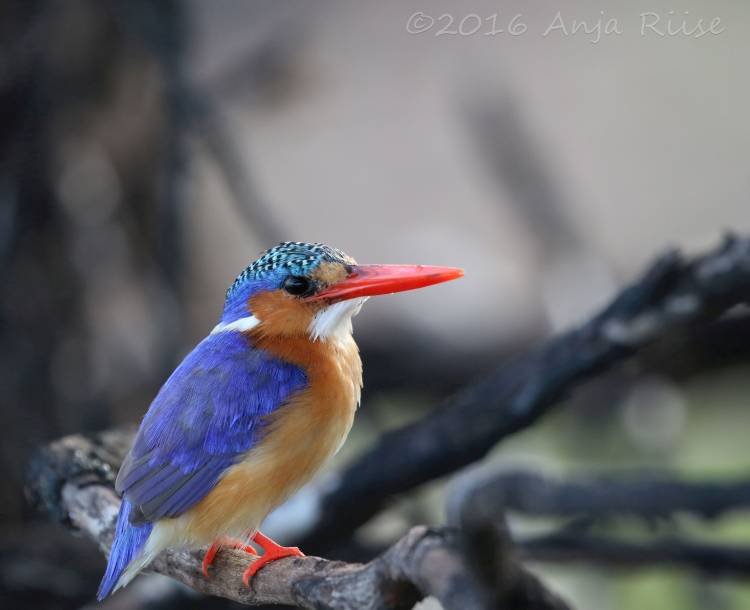 I haven’t had any experience with either Canon or Nikon previously, as I’ve always been using Sony myself. So, to begin with I was handed a Canon 7D and just told to get acquainted with it. Thrown in at the deep end, as usual! My first boat trip on the Chobe with Guts and his guests was mind-blowing… I realized that my eight year old, reasonably priced camera will no longer do! Especially the fast shutter speed needed for animals splashing around in water and birds have had me frustrated before, but now I learnt that it is doable, without the pictures turning out too dark… something which usually happens with my camera. The mounts, with arms that are moveable in all directions, also make a huge difference, as a 100-400 lens and camera quickly can become heavy and unsteady and cause blur. 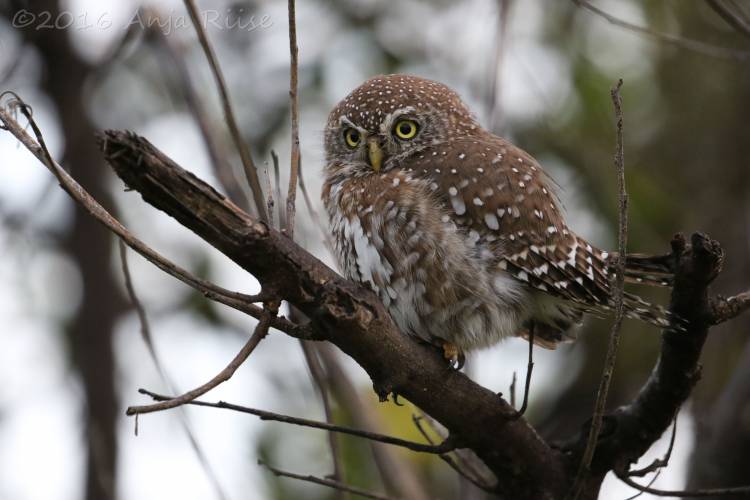 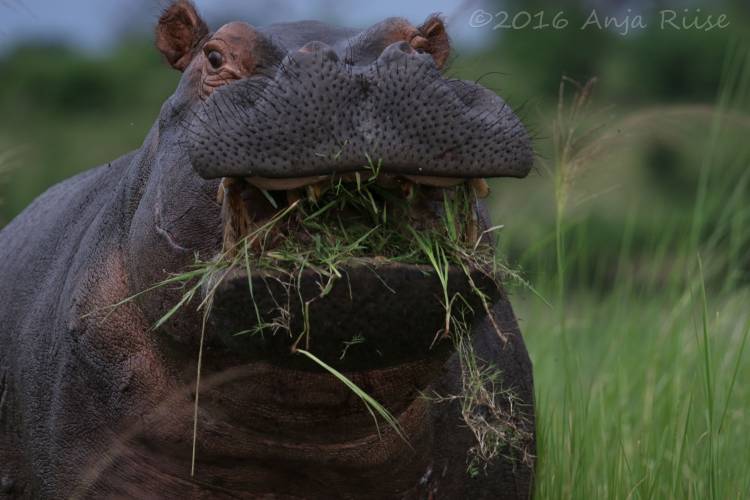 I managed to play around a bit with exposure compensation the first day, and got some nice shots of a Great egret by under exposing and Hippos in the water by over exposing. As the days passed I quickly became used to always, in between sightings, set the exposure compensation back to zero, the f-stop to about 7.1 and a relatively fast shutter speed, to be ready for almost anything. A leopard in a tree, that I badly over-exposed, taught me that lesson. I didn’t have time to reset everything once we were in the sighting. I got some shots and realized they weren’t good and as I was trying to right this wrong the guy next to me got an awesome shot of the animal in sunlight looking straight at us, while I didn’t even get an over-exposed version since I was busy with the camera… the elephants playing around in water that we saw previously turned out well however! 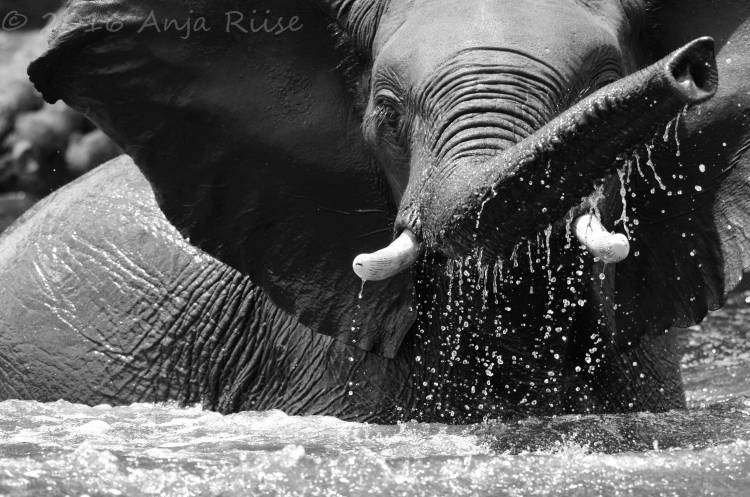 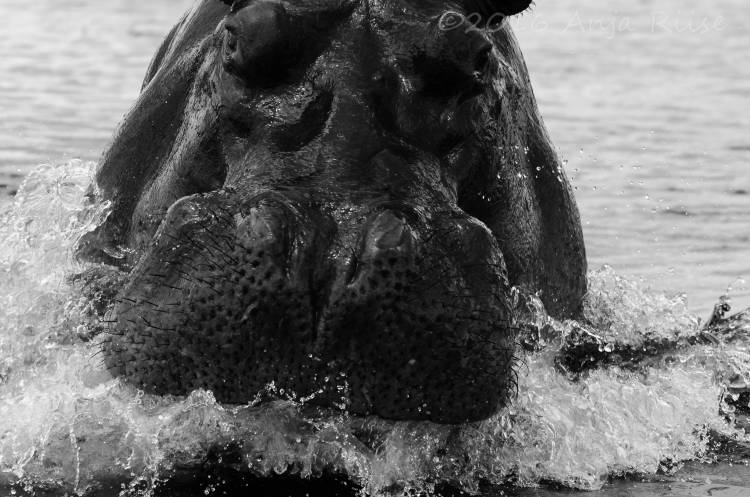 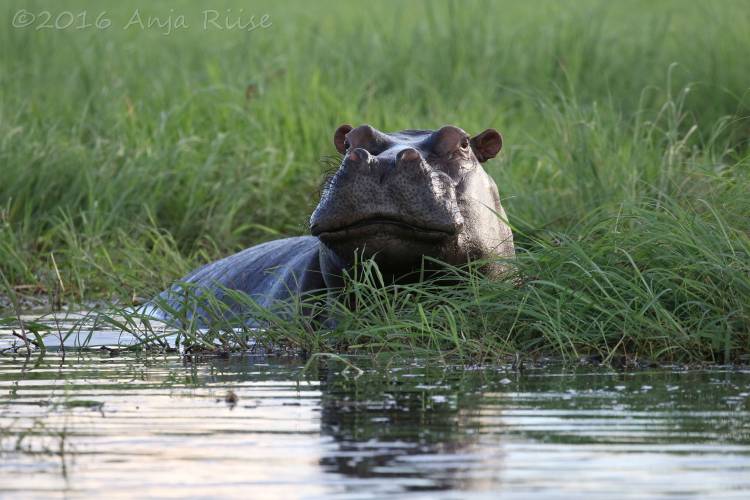 The depth of field and what point of an animal you decide to focus on definitely has a huge impact on your pictures and I immediately got into the habit of playing around with this a lot when it comes to reptiles. Unlike most animals Crocodiles and Monitor lizards tend to be reasonably still for a longer period, giving you the chance to experiment a bit with the settings. Crocs became a favourite subject of mine to photograph in all its raw pre-historicness.

I spent two nights on the houseboat with Tertius and his birding photography guests and we were lucky enough to get some really great bird species. We went to specific places to look for some of the more elusive ones. I was probably most excited as we found the Schawlow’s turaco, even though the light was terrible for photography. Nevertheless, with some patience and over-exposure it didn’t turn out half bad. The bird that I struggled with the most however was the shy, fast flying and shade loving Half-collared kingfisher. After a lot of searching, following and trouble the troublesome bird was caught on camera. Maybe not some of the greatest of my photographs, but at least it satisfied my inner bird nerd. 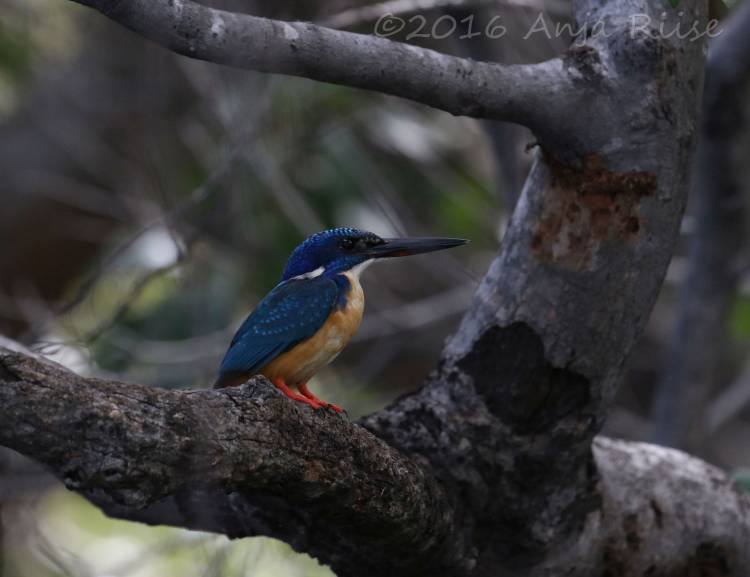 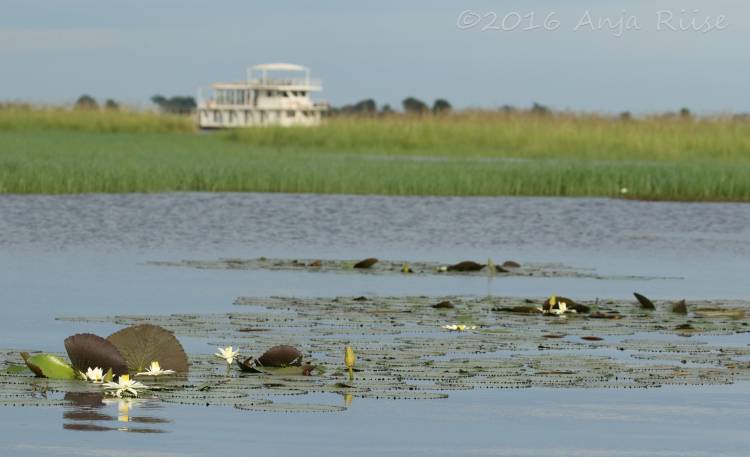 I also used a Nikon and it was a good experience and made it easier to help Pangolin’s guests out, whenever it was needed. Then I realised that I already had learnt quite a bit about photography, as I was getting comfortable instructing others! My experience as a field guide did also prove to be an advantage when it comes to anticipating what’s going to happen and what you need to focus on… and I was happy to see that some of the guests got the shots they wanted.
As I became more acquainted with the cameras I started focusing a lot on my previous fear, birds in flight. It is difficult, but not impossible and sometimes I managed to get some really great photos. Especially the larger birds tend to fly a bit slower… and they have a more predictable flight path. So, when we spotted a Fish eagle doing a couple of fly-byes we all followed it with our cameras and I was excited to get some great shots of it swooping down for an enormous Barbel. The Kingfishers and Bee-eaters however still trouble me, but I’m not giving up. 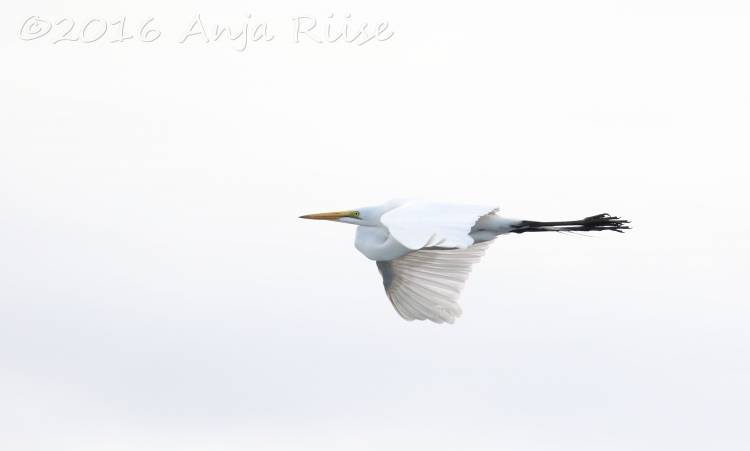 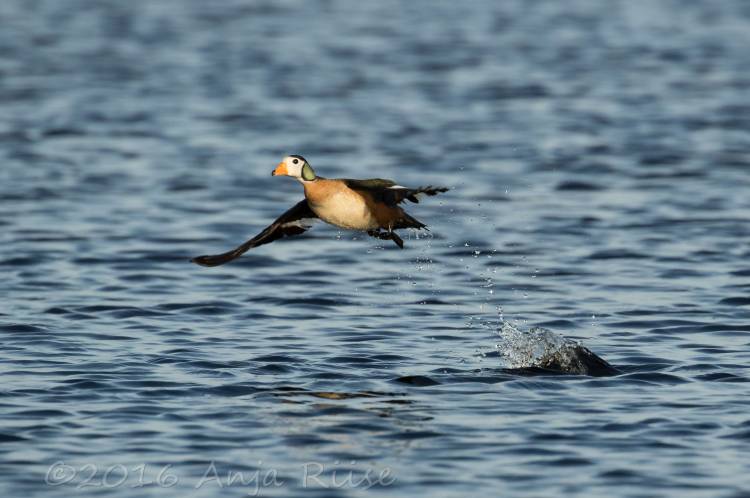 The camera-lens combinations I’ve been using are rather good for macro photography as well I was told and of course I needed to try that out. The garden around the house was perfect for this, with all its flowers and the insects they attract. Depth of field and light can really make or break this type of photo. Luckily flowers normally don’t go anywhere and that gives you time to adjust and readjust your settings. The biggest problem was wind, as the flowers kept blowing out of focus with even the slightest air movement. I made a habit of trying to find things to photograph in the garden. But, you definitely know you’re a weirdo when the gardener comes to tell you there’s a snake in the garden, you come with, realise it’s a Mamba and you’re first reaction is to turn around and leg it… to get your camera as quickly as possible. 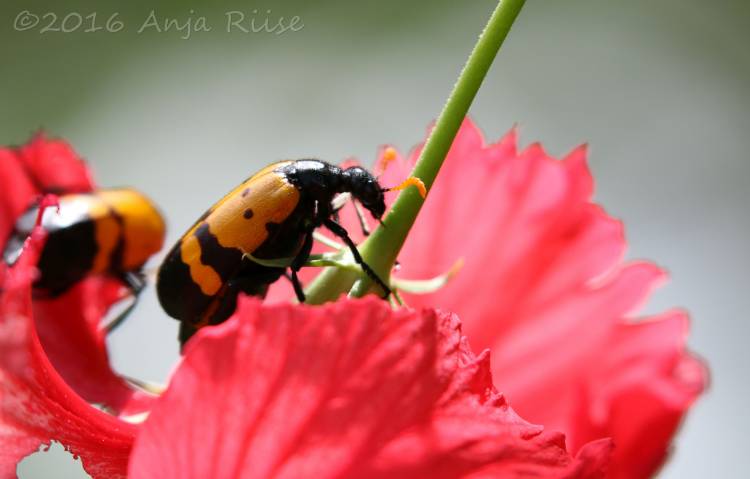 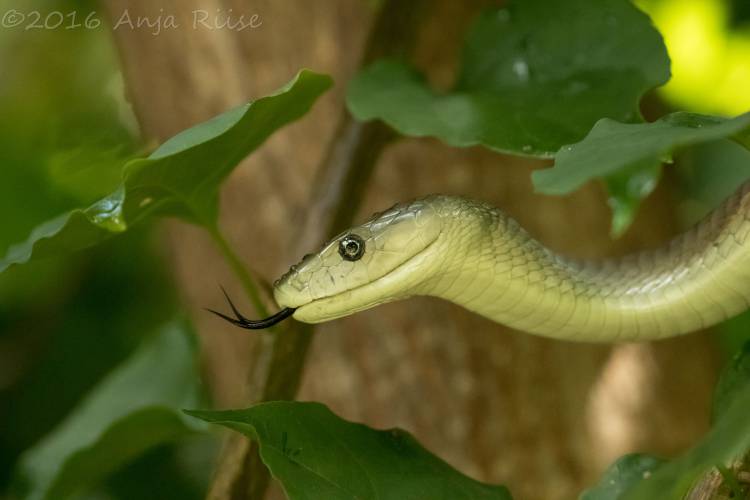 We had big plans on doing some star photography and star trails, but unfortunately we didn’t have one clear night during my two weeks’ stay. Weather is the one thing you can’t do much about, but in all we were lucky to not have to cancel one game drive or boat trip during my stay.

We hope you will come and experience a photographic drive with Anja soon! We are certain you will leave with some stunning images.

April 7th, 2016|Around the Campfire, Photography|