Around the Campfire – 100 days of Life at Nare

On 23rd of March 2020, our President announced a 3 week national lockdown, commencing on 26 March 2020. With endless lockdown extensions, our three week lockdown turned into a 5 month residency at Jaci’s Lodges. With tented sides, a large deck (with splashpool!), overlooking a small pan continuously visited by creatures of the bush, these two bushlovers hit the lockdown jackpot, with Nare Suite! Originally built as a home for Jan and Jaci and their family, and named after a resident ‘Nare’ (Nare = buffalo in the local language), this is truly a home away from home, and a very special place. 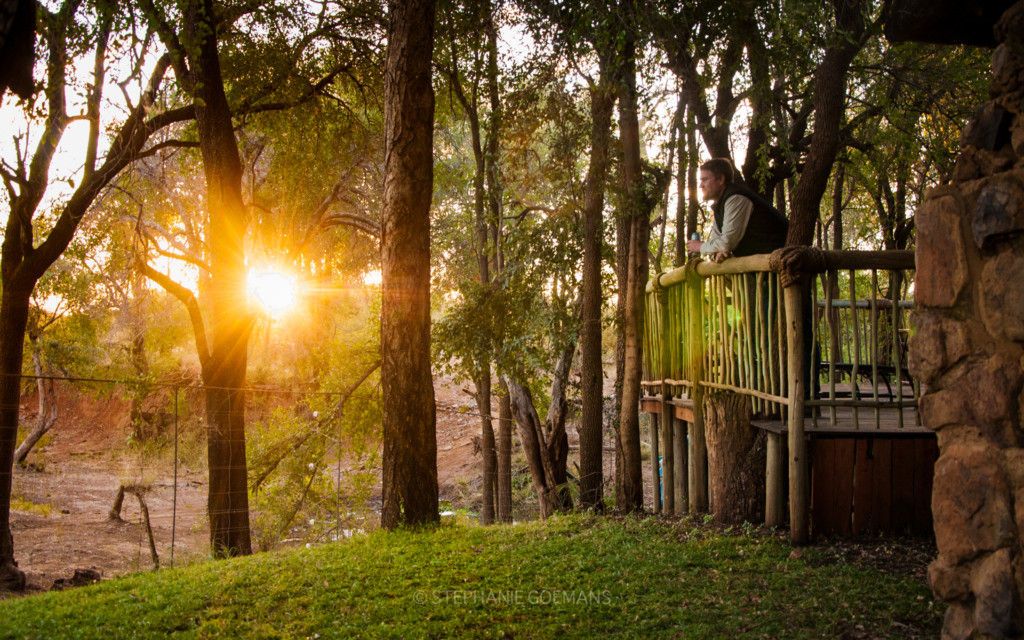 Nare Suite sleeps four adults in two stunning en suite bedrooms with outdoor showers, one on each side of the main main area. The loft upstairs has twin beds and open-plan mini bathroom (loo and basin) so is perfect for 2 kids. With a thatch roof and tented sides, the beauty of this suite is that you’re completely immersed in the bush experience. 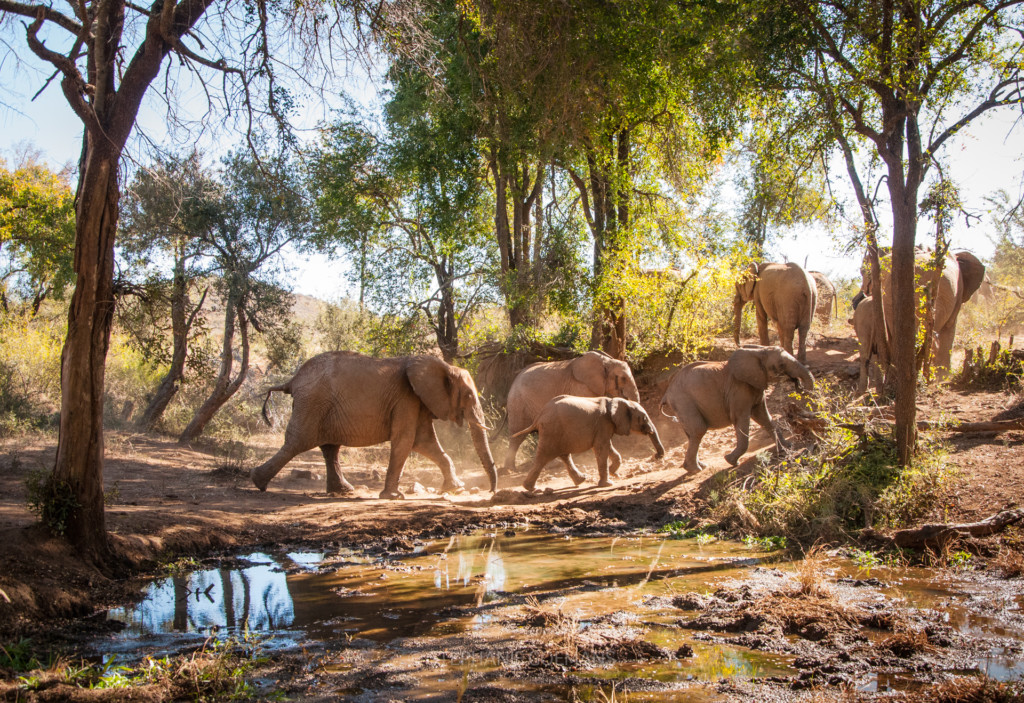 First and foremost, we had elephants visiting the waterhole every day. As we were heading toward Winter at that stage, seasonal water sources were starting to dry up. To be precise the herd didn’t actually stop at the waterhole though; they knew that the water outlet was located on the fenceline, and we saw them right outside out bedroom, just beyond the deck, quenching their thirst daily. Most of the time, we’d see them ambling along the plains toward us, but now and then they’d sneak up silently and next thing we knew, there they were. There were times where they’d arrive in the pitch darkness of night and we’d only know the next day that they’d been by the photos on our motion sensor camera trap – incredible how silent they are for such large creatures. Sometimes, multiple herds would meet up or pass one another in front of the suite, and we’d hear the rumblings of their communication. Every so often there’d be a mumble from a mother, warning everyone to watch out for her youngster, or a minor disagreement would break out between them, and we’d hear a scream, usually from a young male just causing commotion for attention! (“Mommm!”) Their family dynamics are incredible to witness firsthand, and we felt like the luckiest humans to be in their space. 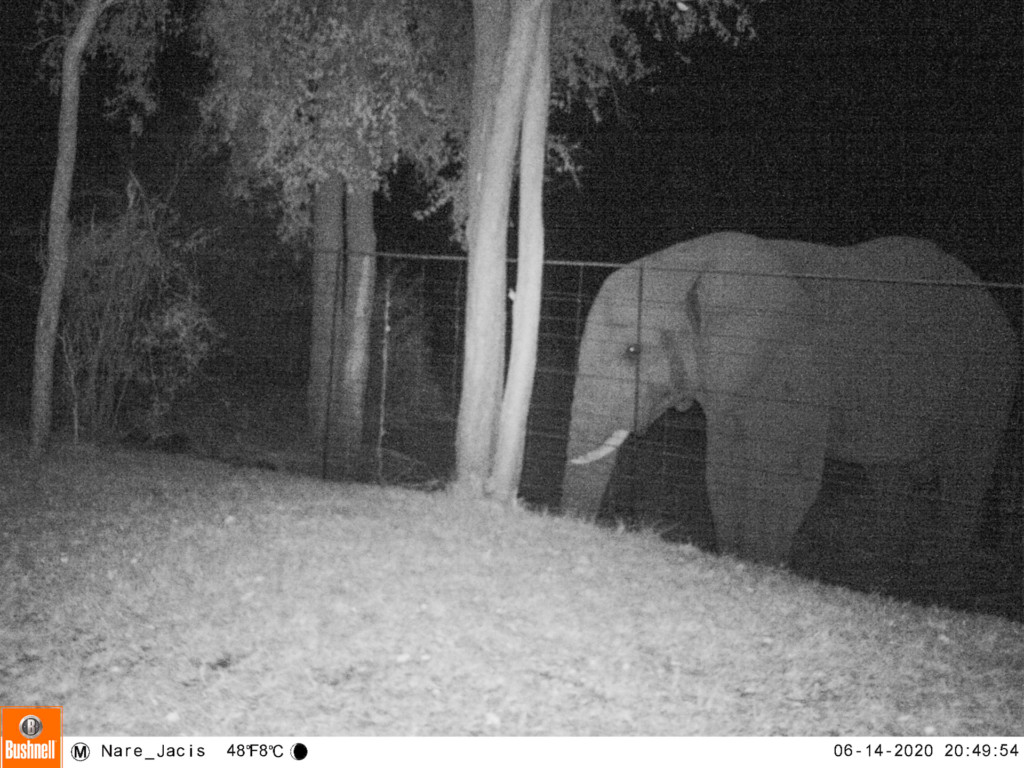 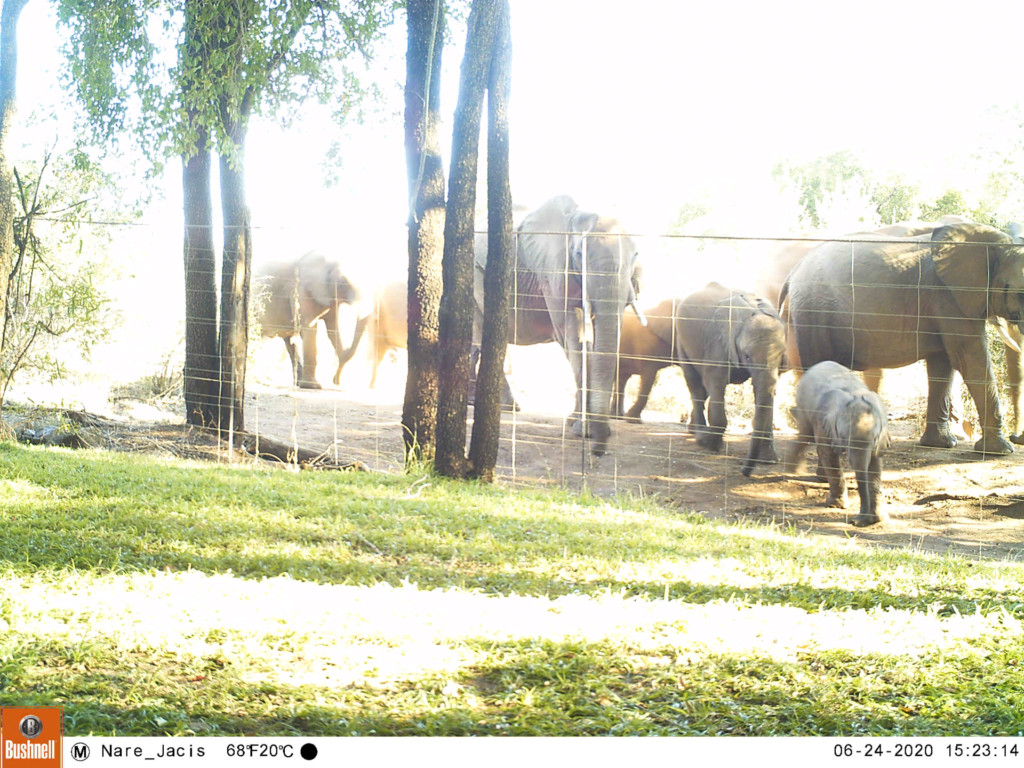 Then there were the genets and the civet. These creatures are locals around camp, though on a three or four night stay on a busy safari, it’s unlikely or at least lucky if you get a glimpse of them. With a closed camp and very few people on site, these creatures seemed to take back their space, becoming braver with the few people around, we would see them curiously checking on the braai after we’d just zipped up the sides of the suite, and switched off the lights for bed. The genets are generally silent and stealthy, though less shy, and the civet, though far more shy, was a little more clumsy and the first couple of times we saw him were because he bumped into something on the deck, just as we were falling asleep! They became very accustomed to us being around, and we got some great shots of them. 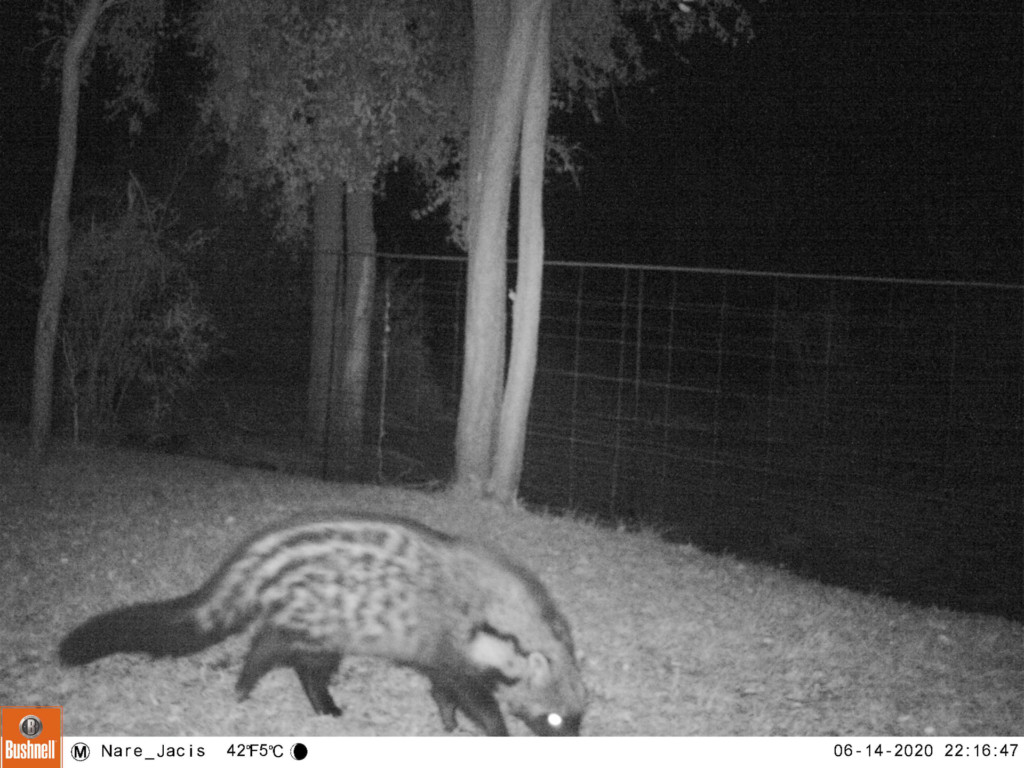 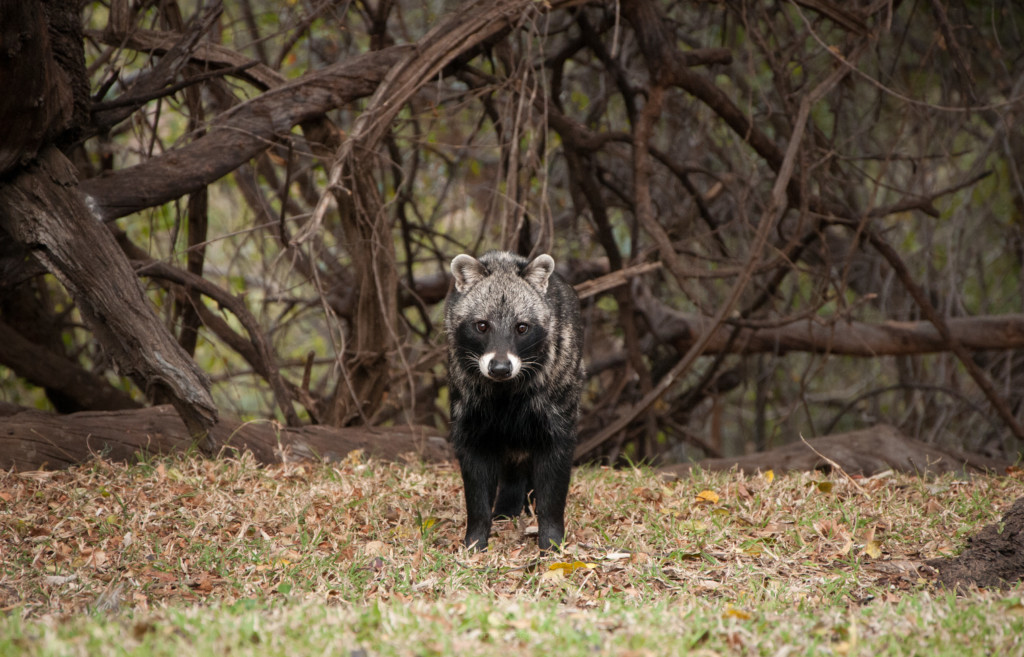 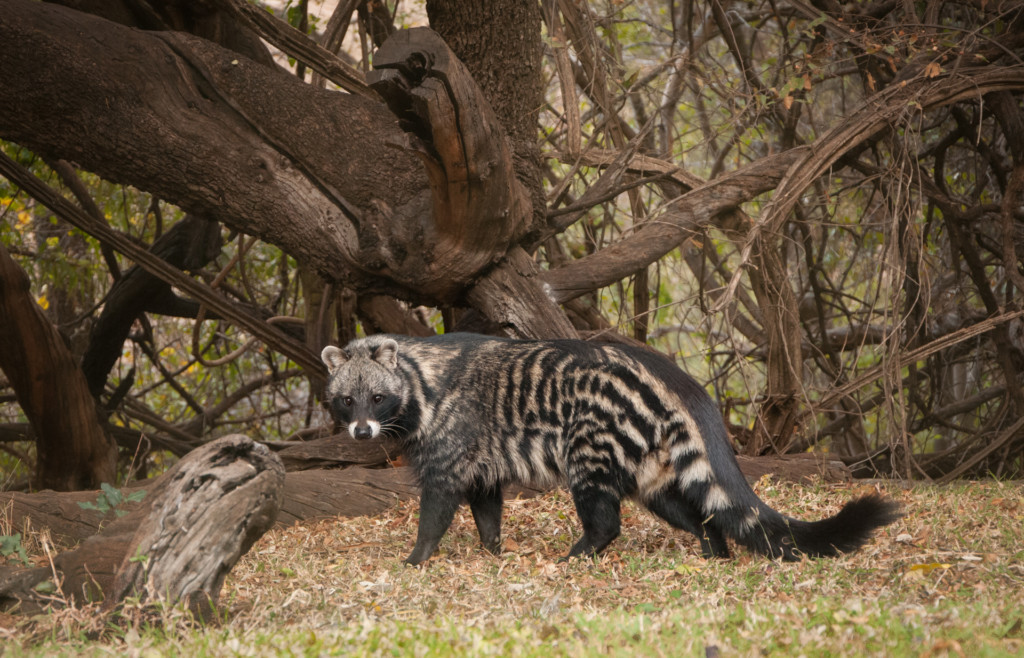 We were lucky enough to see all the so-called ‘big five’ at some point during our 100 days in Nare. Lions are very vocal and we’d hear them throughout the night, either moving further from us, or closer! On one such occasion, we heard them in he early hours. I was still in bed, and just as my coffee arrived (Thanks, darling), so did the lionesses. One..two.. three, and we realised afterwards, a fourth had already passed us by and was already on the Plains. It was a phenomenal morning, and a true example of a ‘sofa-safari’ or rather a ‘four-poster-bed-safari’, as I was quite literally watching them from my bed! (Of course I did get up very quickly to grab a camera and get out onto the Deck try to see where they were heading!) The images below, are from another occasion, where we were none the wiser that any creature had been drinking at our waterhole during the night! 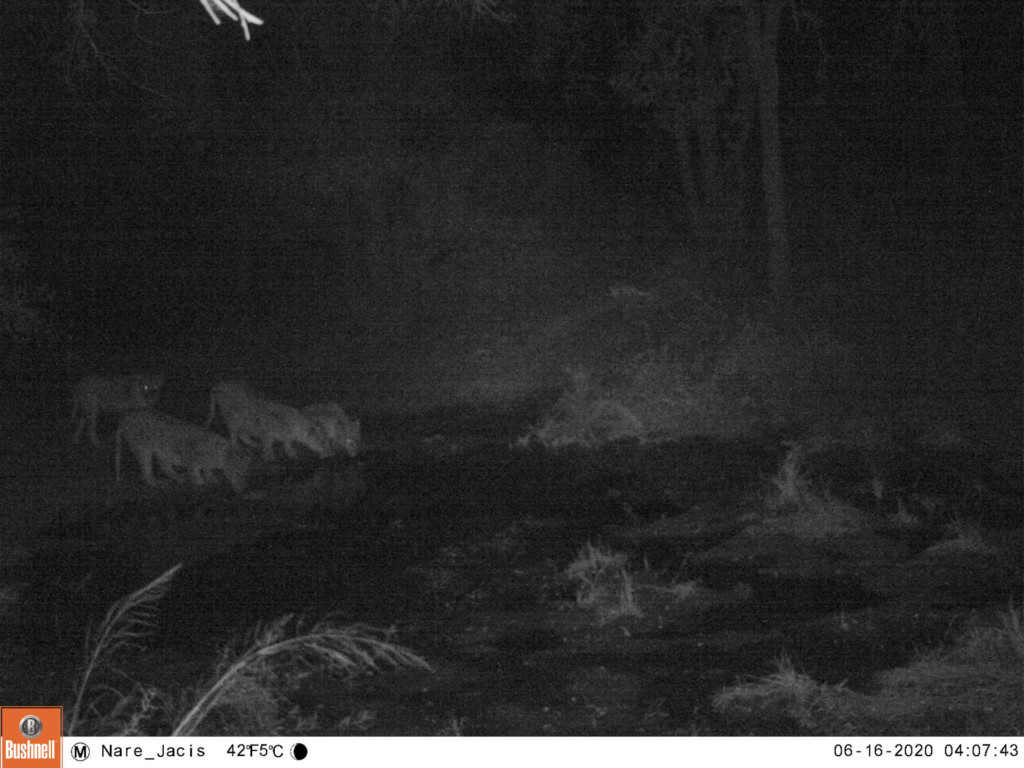 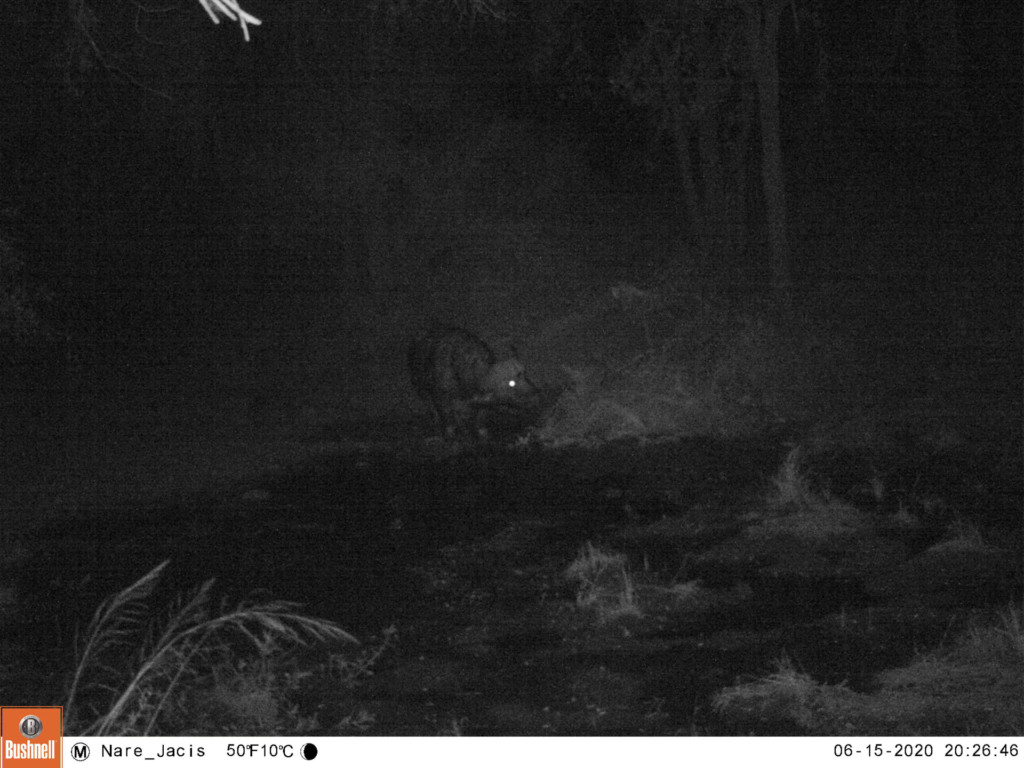 Leopards are notoriously shy, and you’re considered lucky to see them in Madikwe. We’ve been told that the region where Jaci’s is located has no less than 5 individuals that’ve been seen/recorded in the area. We were extremely lucky to see 3 different individuals just from our Deck, just after sunset, coming down to drink. In addition, we managed to capture them more than once, on our motion camera in the very early hours.

One evening, just as we got into bed, there was a almighty cacophony of yelping, screaming and squealing, and it sounded like it was just outside. We both shot up, unzipped tent-sides, grabbed phone (to try record sounds) and hurried out onto the deck.. Nothing. And then, all of a sudden, three hyena came galloping passed, at top-speed. They all seemed absolutely fine, albeit out of breath, so to this day we are not sure of what happened – The images on the motion camera are an un-publishable blur of spotties! 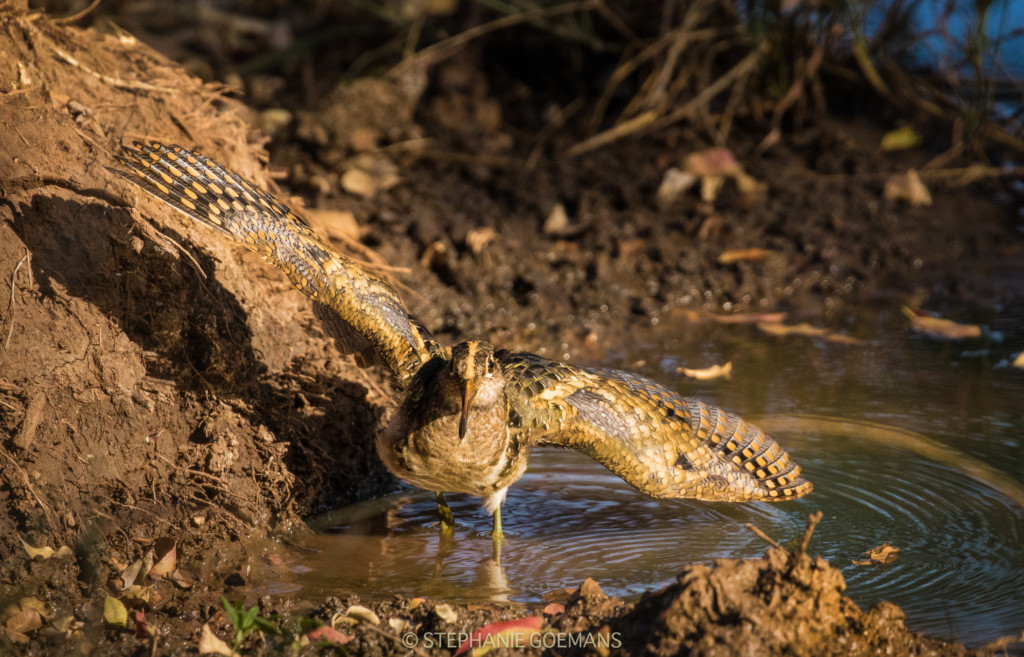 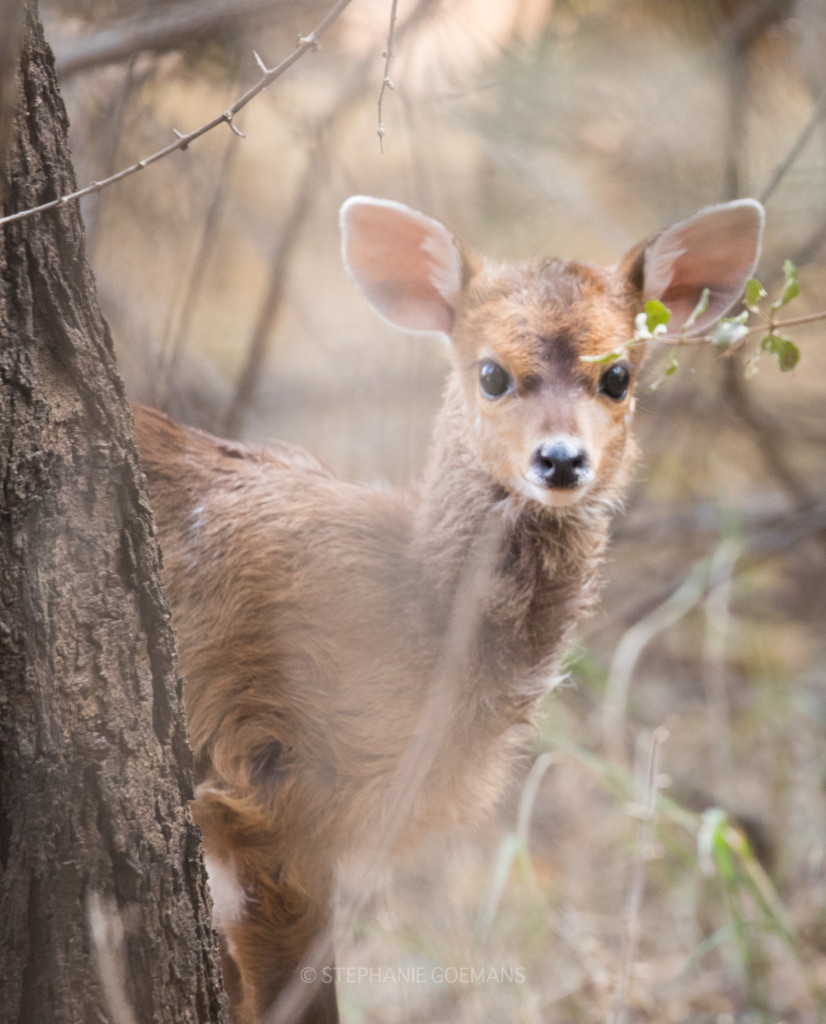 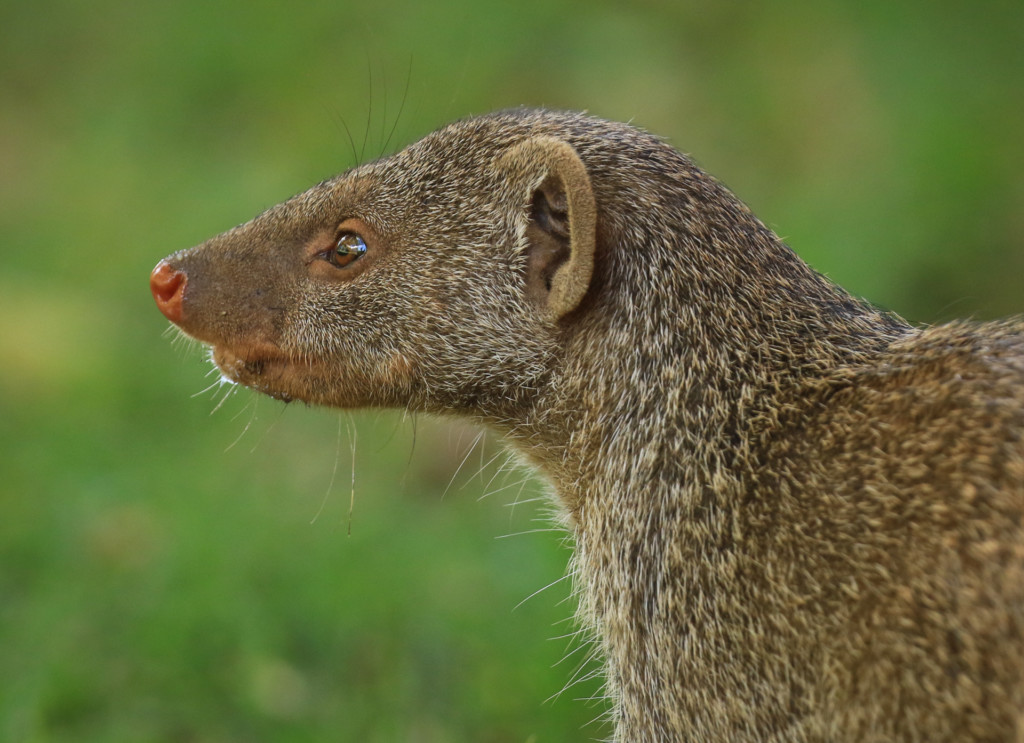 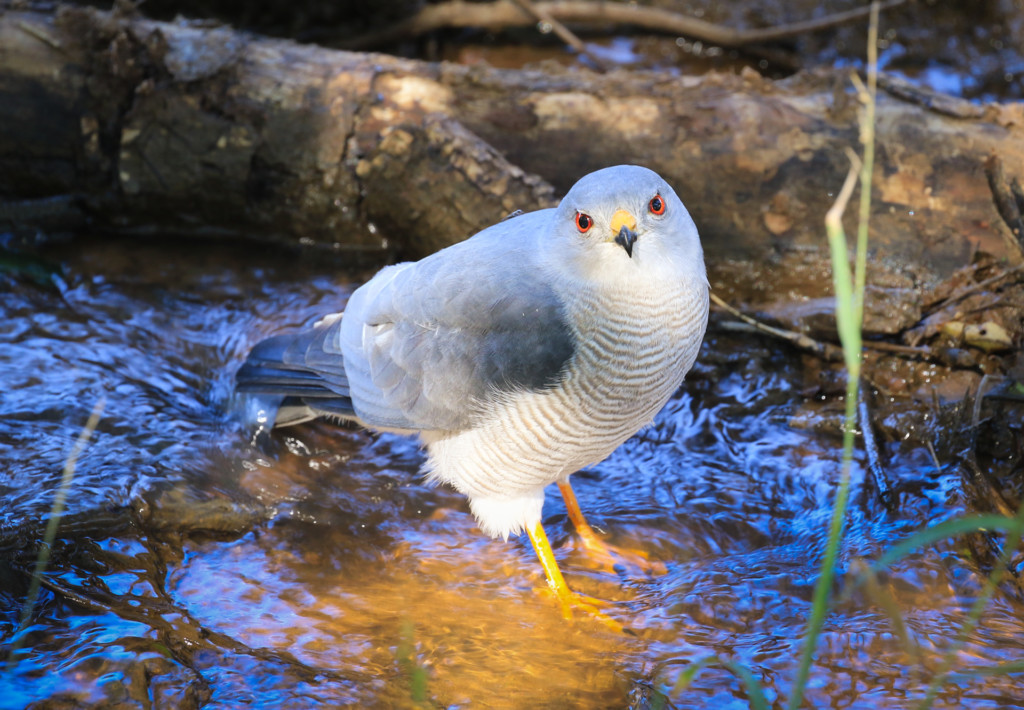 There was always something on the go – a bird species that we hadn’t seen yet, baboons causing nonsense with one another, the tiniest newborn baby bushbuck, the herd of a couple of hundred buffalo passing by on their way to the main waterhole, a family of mongooses, the morning calls of guinea fowl and francolin and spurfowl. We will always treasure our time spent at Nare. Whilst 2020 has thrown many curveballs, our lockdown location was an enormous positive which completely overarced all the negativity and craziness of the world through this time.

Images and text by Stephanie Goemans