When you’re out on a photographic safari, there are a few realities.

For a creative photographer, this presents an opportunity to push the limits and get a bit artistic!

When the light is good, you’re generally going to be shooting with a shutter speed of a 1:1 ratio of shutter speed to focal length or higher, to reduce the normal shake that we all have shooting handheld, or shooting at 1/800 sec or higher to freeze the motion and have a sharp shot of what is happening. When the light disappears, what options do you have? How do you maximise the photographic experience with the cards dealt?

What I like to do is slow the shutter speed way down, and try to get some interesting effects in camera. I’m going to explain with a few shots that I’ve recently captured and explain my think behind the photos.

There always has to be a starting point with any technique and I always start with the following settings. Change the mode to Shutter speed priority (on a Nikon) or TV (on a Canon).

Aperture: f8 – f32 dependent on how close the subject is to you. The further away, you can use a smaller F number. You want a good depth of field to try and get as much of the subject in focus, and allow to movement to blur. It can be a smaller f number for birds, because they’re a lot smaller.

ISO: is dependent on what aperture number is required. But sometimes you need to have a high ISO, so don’t be scared of pumping it a bit. 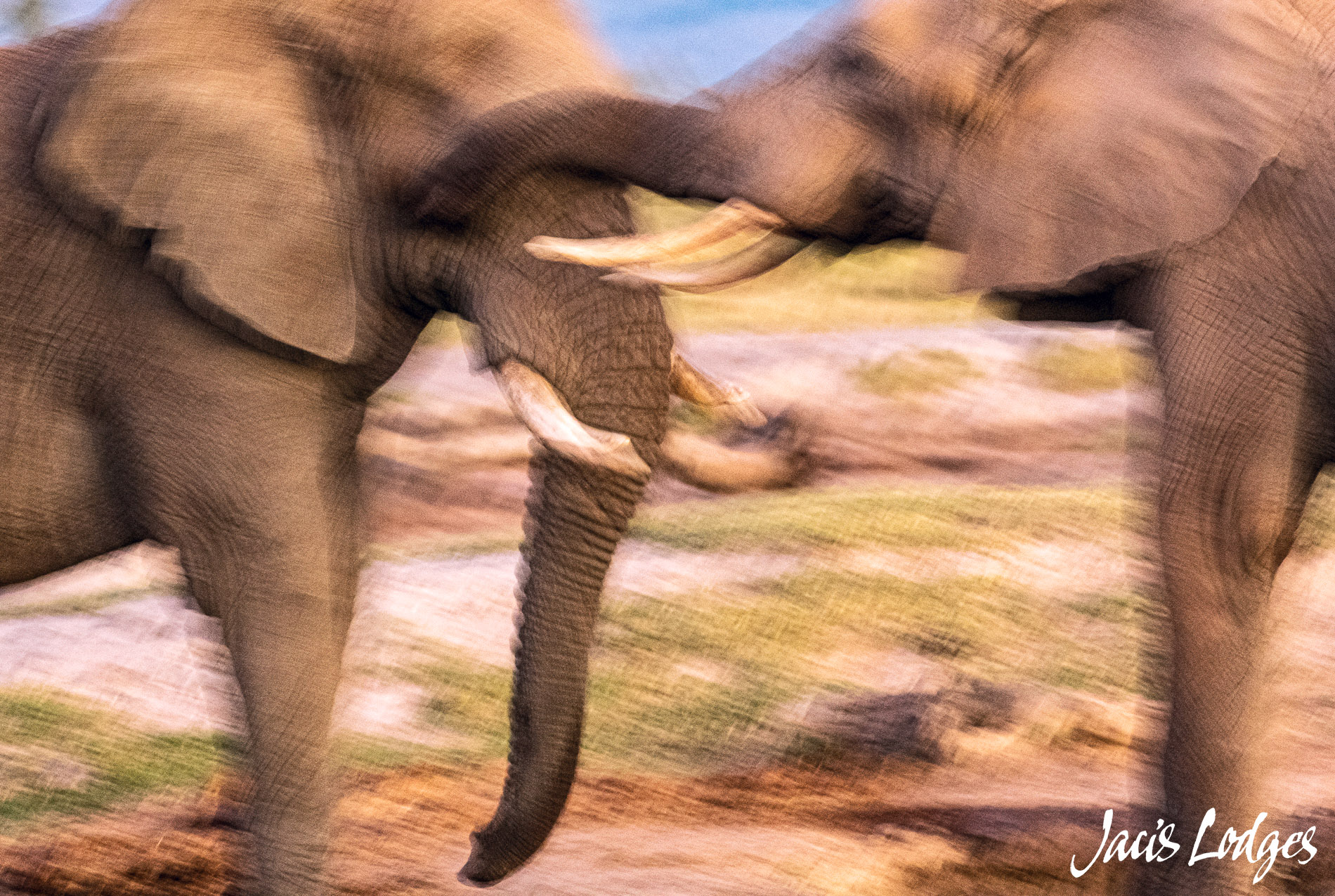 On an afternoon drive, we spent some time with a few Elephant bulls at a pan. After the sun was under the horizon, 3 of the bulls started testing each other out all be it playfully. I decided to try go for a very slow shutter, mostly because of the distance they were from us. The idea was to pan with them, as they were moving back and forth and amplify the movement. I needed as much of the Elephants in focus, so f13 was a good aperture and I needed an ISO of 3200 to achieve these settings. 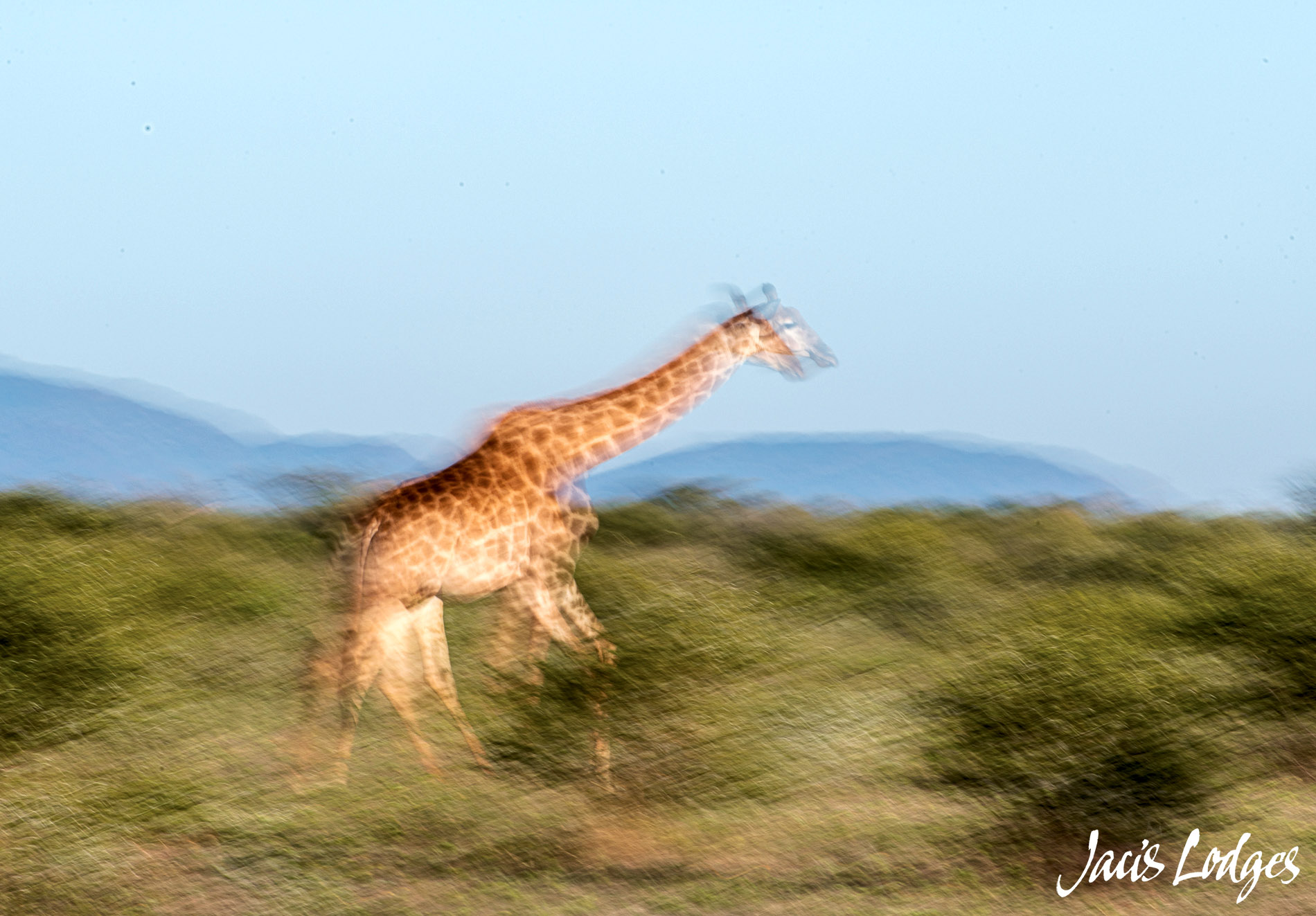 Out on a morning drive, we came across some Giraffe on an open area. The light was good, but I literally have hundreds of images of Giraffes walking across an open area. It was time to try something different. The Giraffe were about 100 meters away from us. This time we had a different problem, the light was too good for what we wanted to do! So, I had a shutter speed of 1/5 of a second to try and get some “ghosting “in the image. Because the light was good, I had to tone down the ISO as much as possible to get the exposure right and the camera selected the aperture of f32. 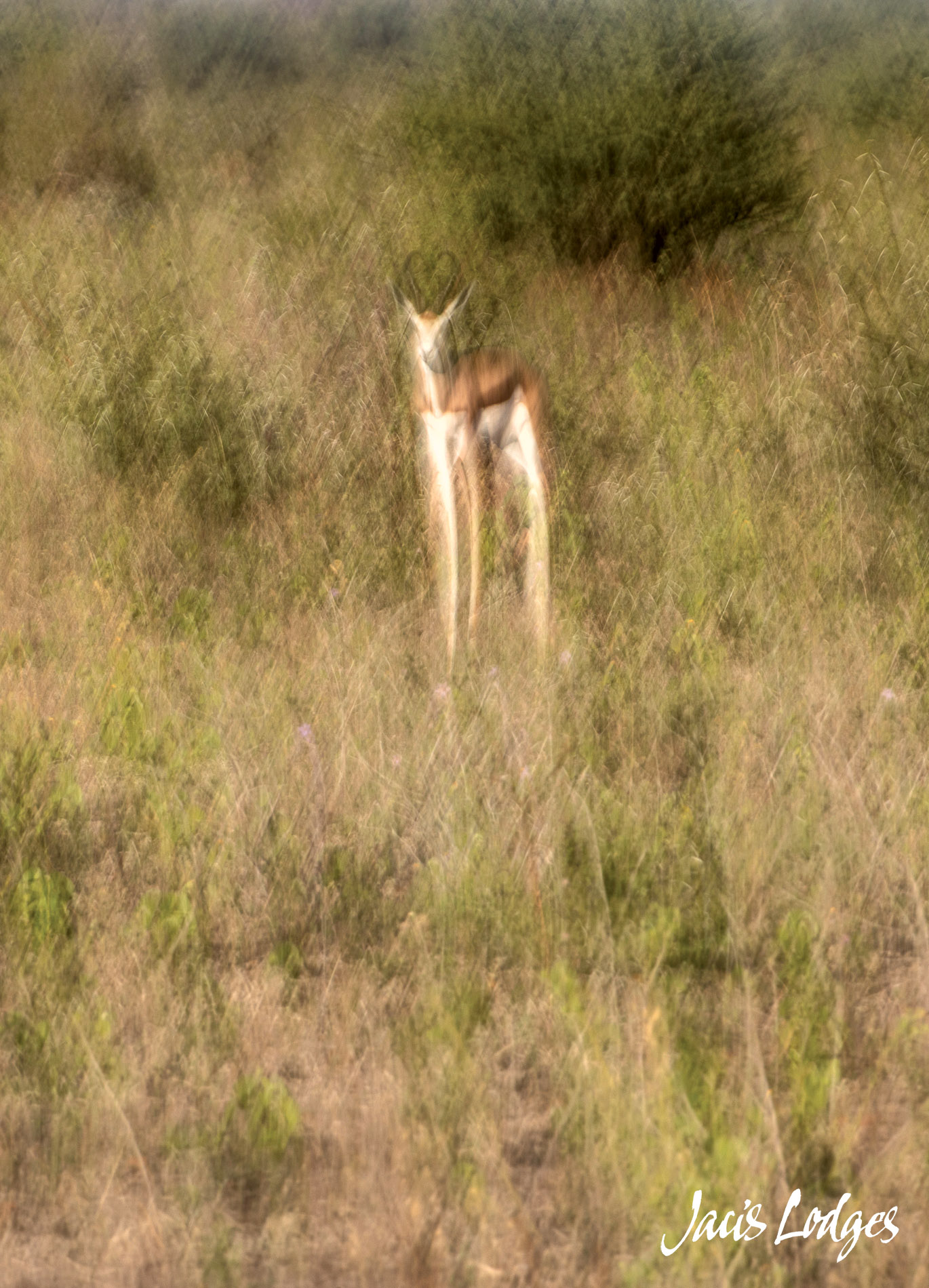 ON the same drive as the previous Giraffe, we found some Springbok on the open area. I was hoping that the Springbok would run and pronk, but they were definitely on a tea break. They were doing nothing! So instead of getting a normal and standard image of a standing Springbok, it was time to try something different. A very slow shutter speed of 1/8 of a second, and because the light was good an aperture of f32 and an ISO of 31. This time we were going to shake the lens vertically, to create a vertical blur. A very different shot! 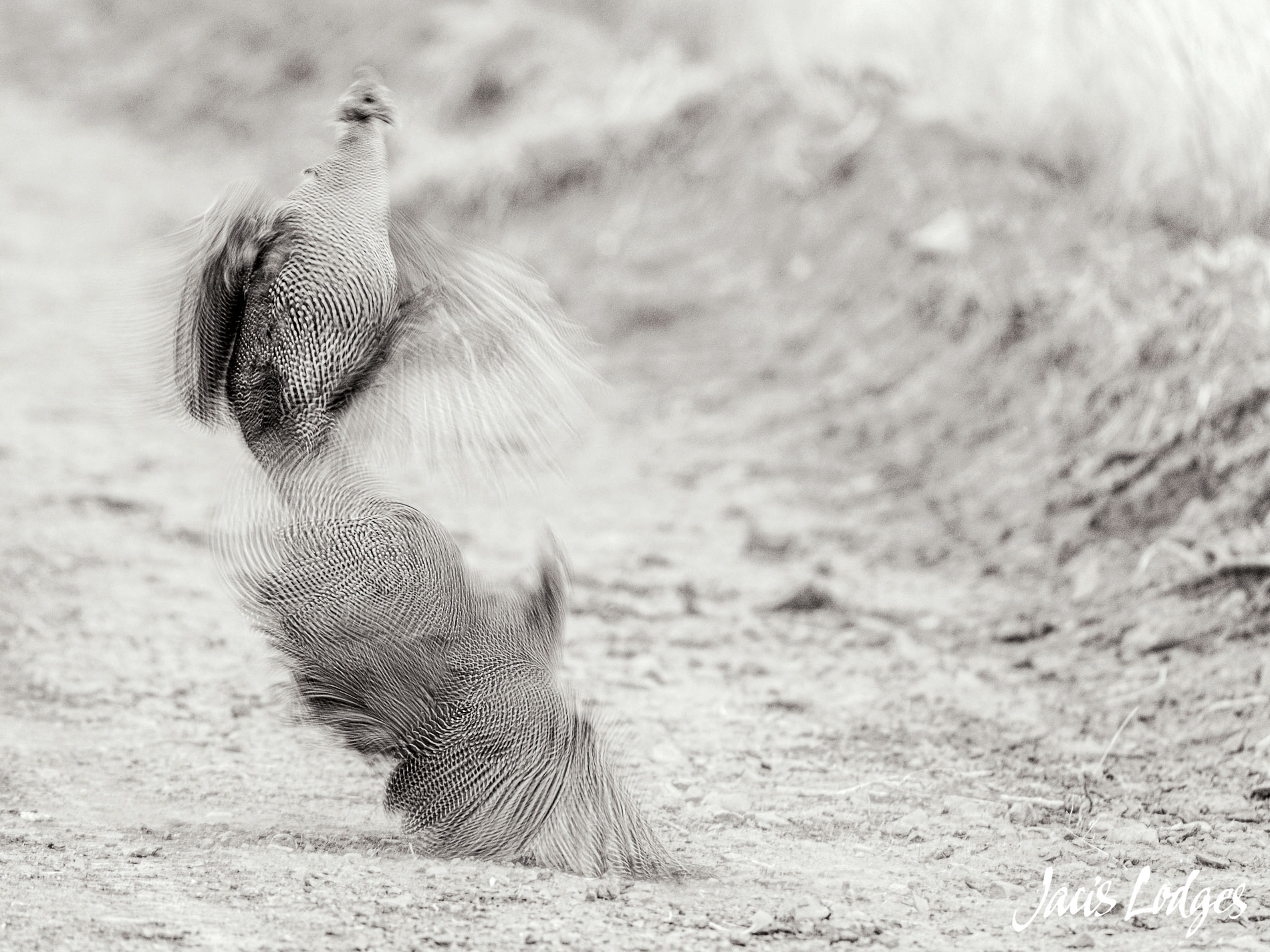 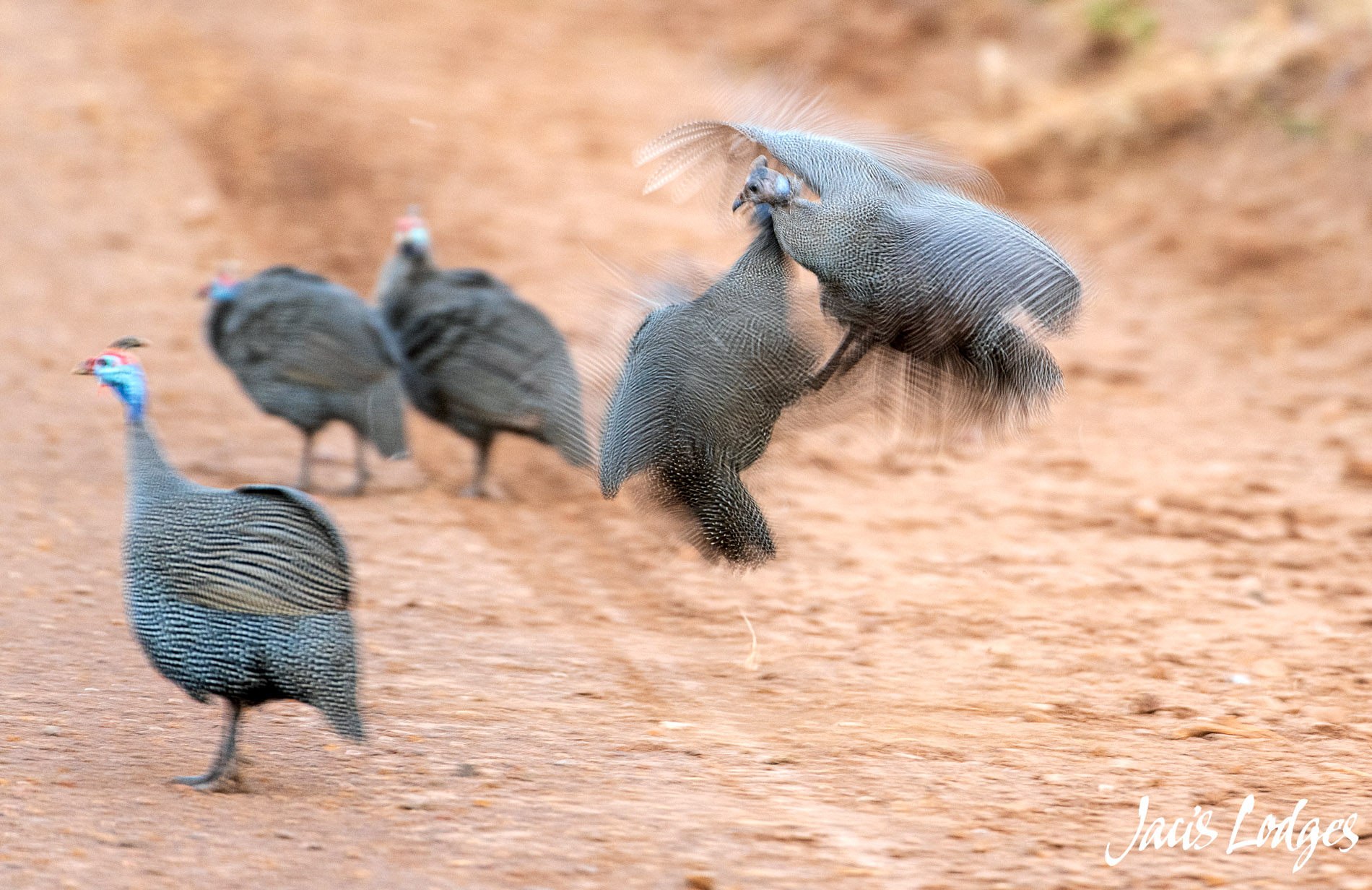 On another morning drive, we were in the south of the reserve and came across a flock of Helmeted Guinea-Fowl. 2 members of the flock were having a disagreement. It was about 15 minutes before sunrise and we kept our distance because we didn’t want to disrupt the behaviour. Generally, with birds, a faster shutter speed is needed and with motion blur it’s no different. So, a shutter speed of 1/30 sec was about right. I wanted the birds in some sort of focus and the wings to blur. Because of the distance we kept and the size of the subjects I thought f6.3 would be okay, having said that I could’ve gone for a smaller aperture (higher number), but that’s the benefit of hind sight speaking. And shoot off a few images every time they jumped up against each other. 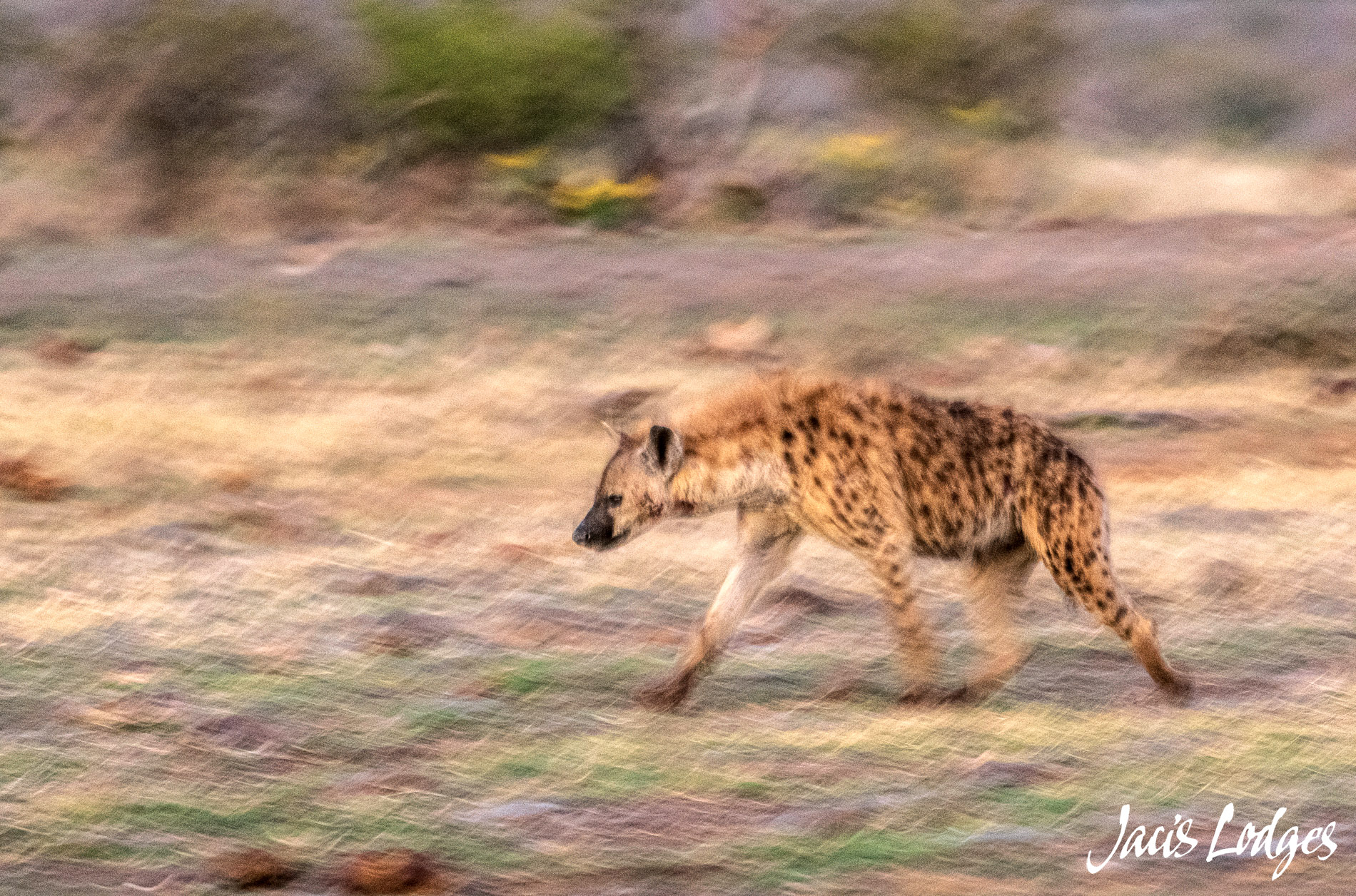 On the same morning drive as the Helmeted Guinea-Fowl, we came across a few Spotted Hyena’s on their morning patrol at a pan in the south of the reserve. Well before sunrise, the light was poor, so we went for the 1/13 of a second. Again, something a bit more creative than just a Hyena walking. 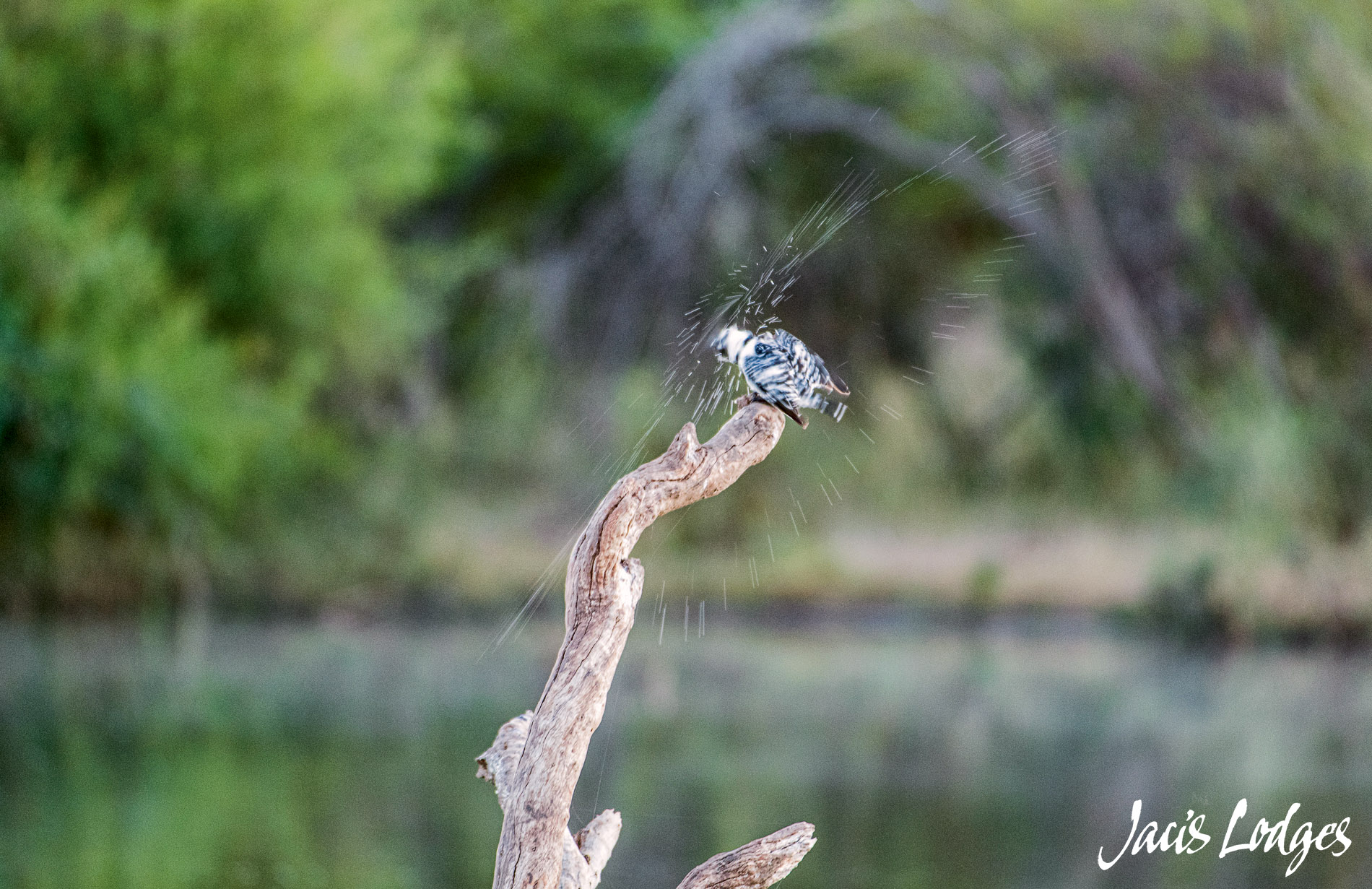 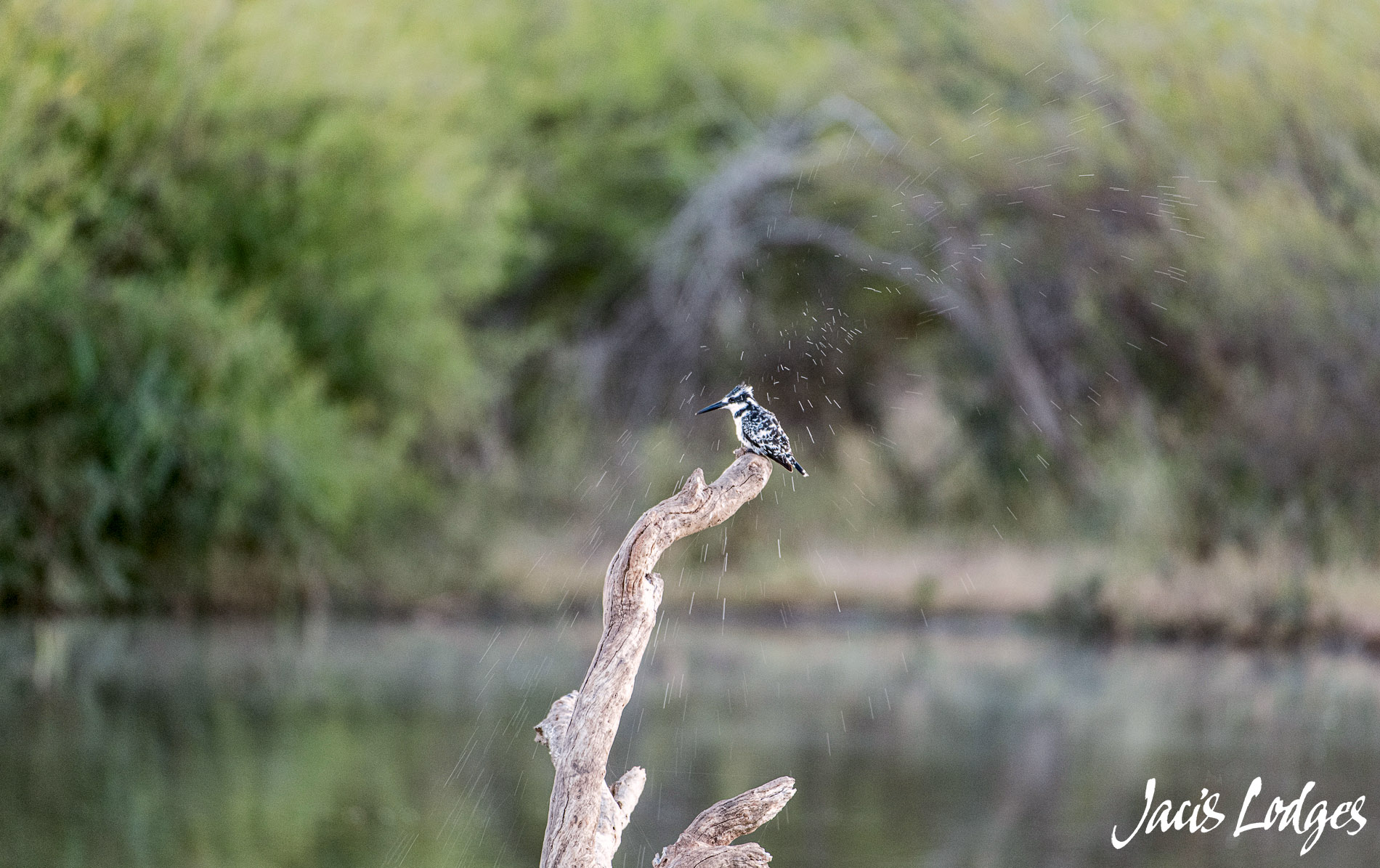 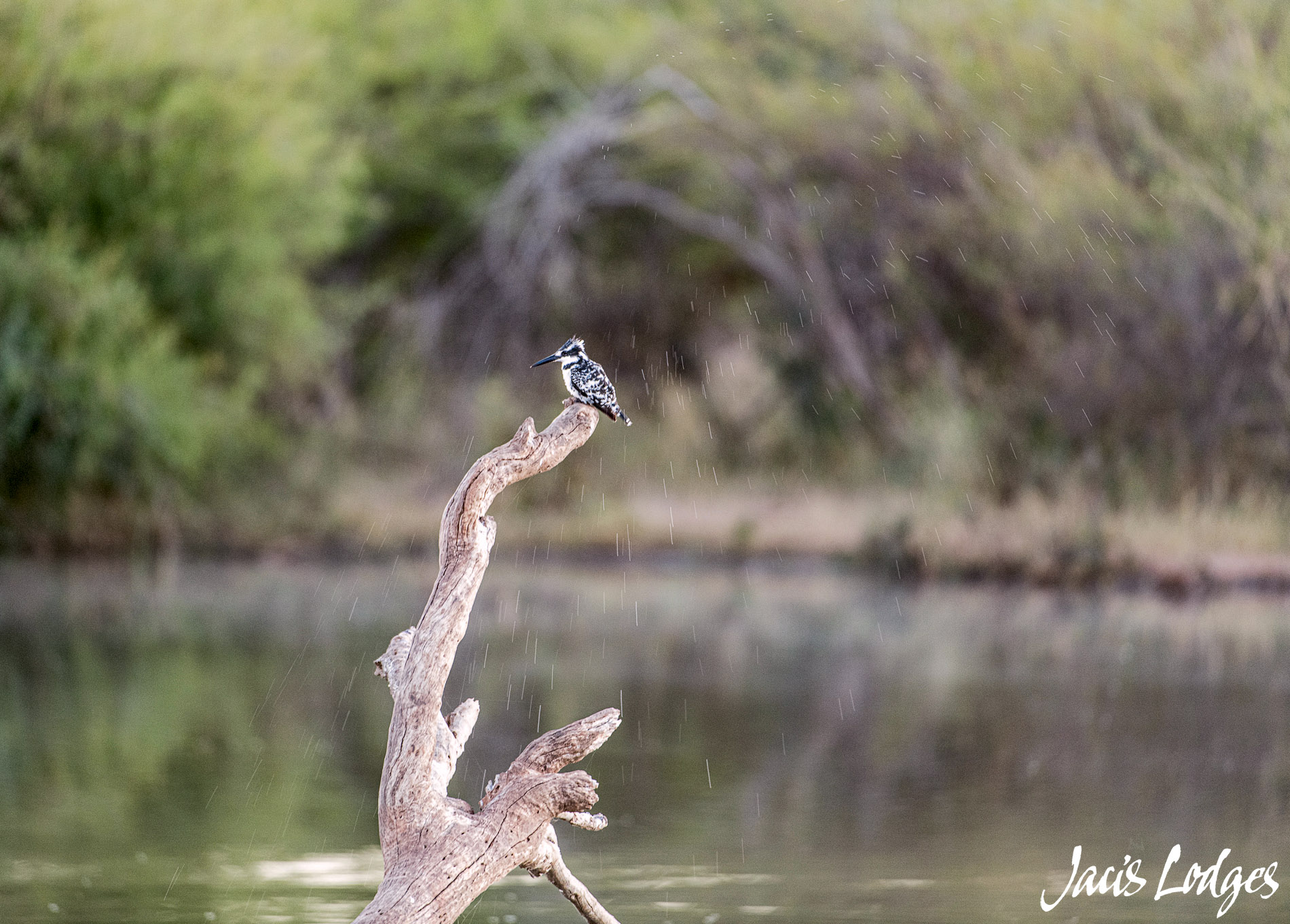 Early morning at the wetlands in front of Tree Lodge. I was watching a pair of Pied Kingfishers fishing in the first morning light. I noticed that every time they would dive, they returned to the same perch and shake the water off. So, I positioned the vehicle for a dark background to get the water droplets being shaken off. Again, the light was poor and the effect of motion blurring on the water would be interesting. The results were better than I anticipated! 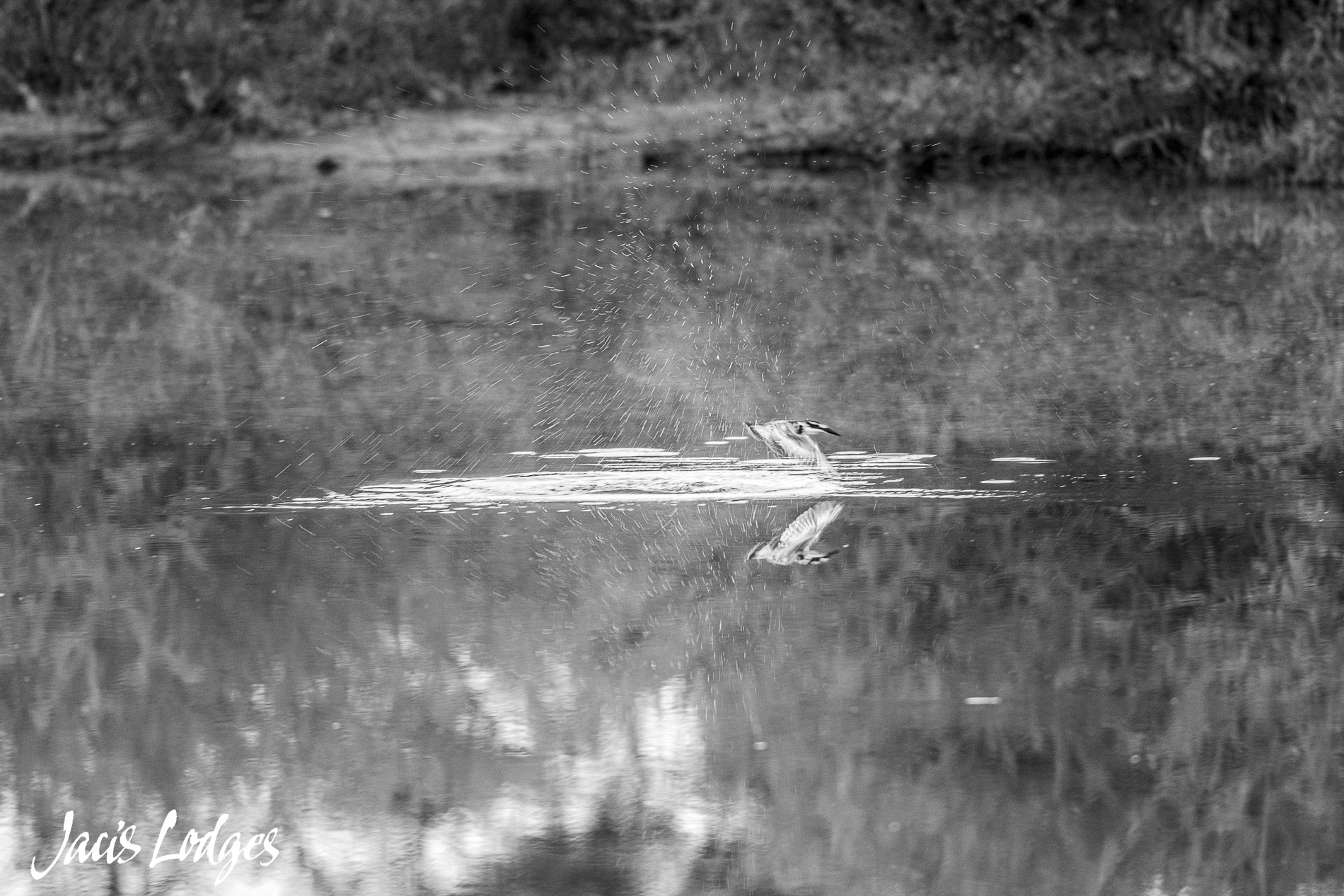 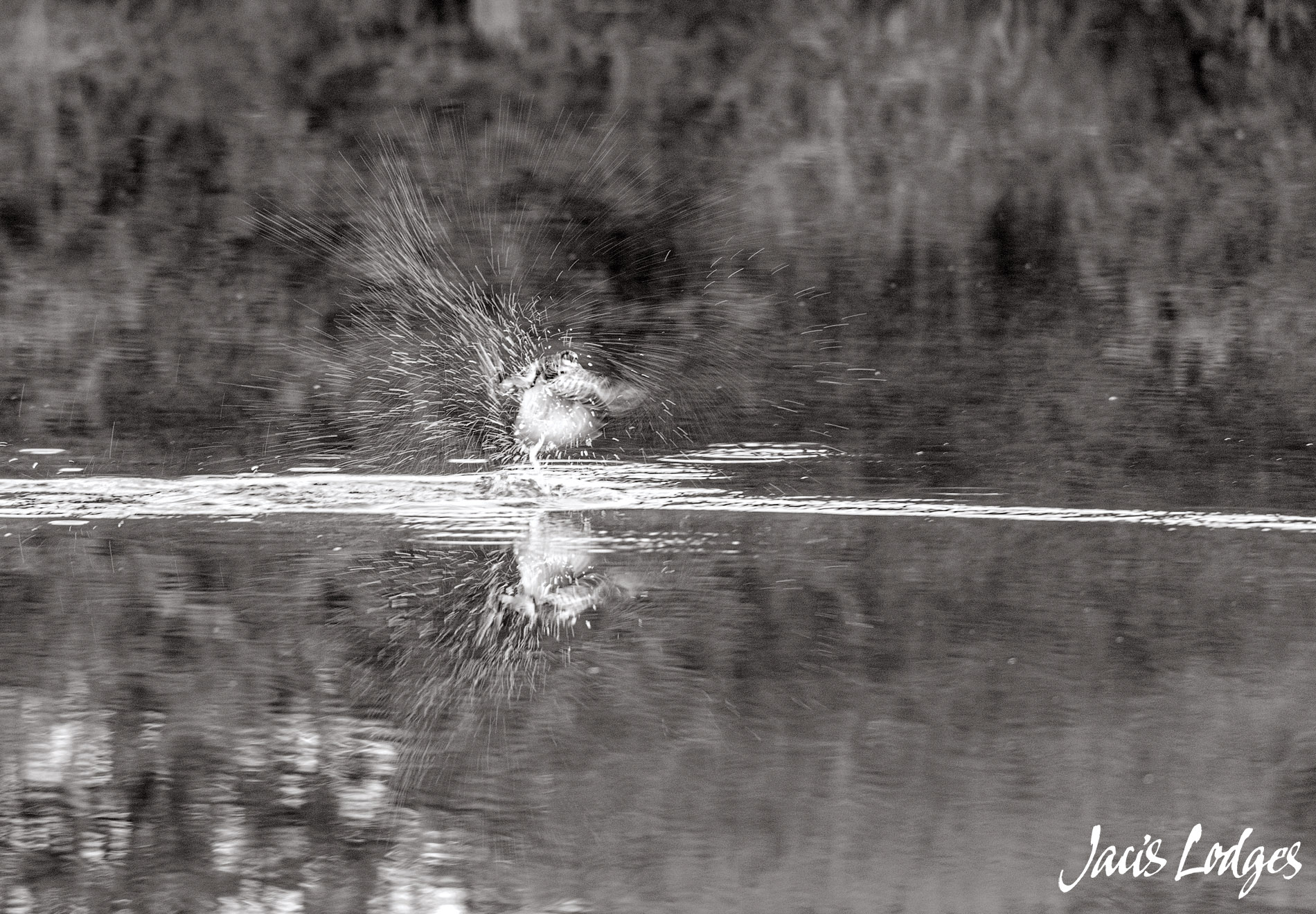 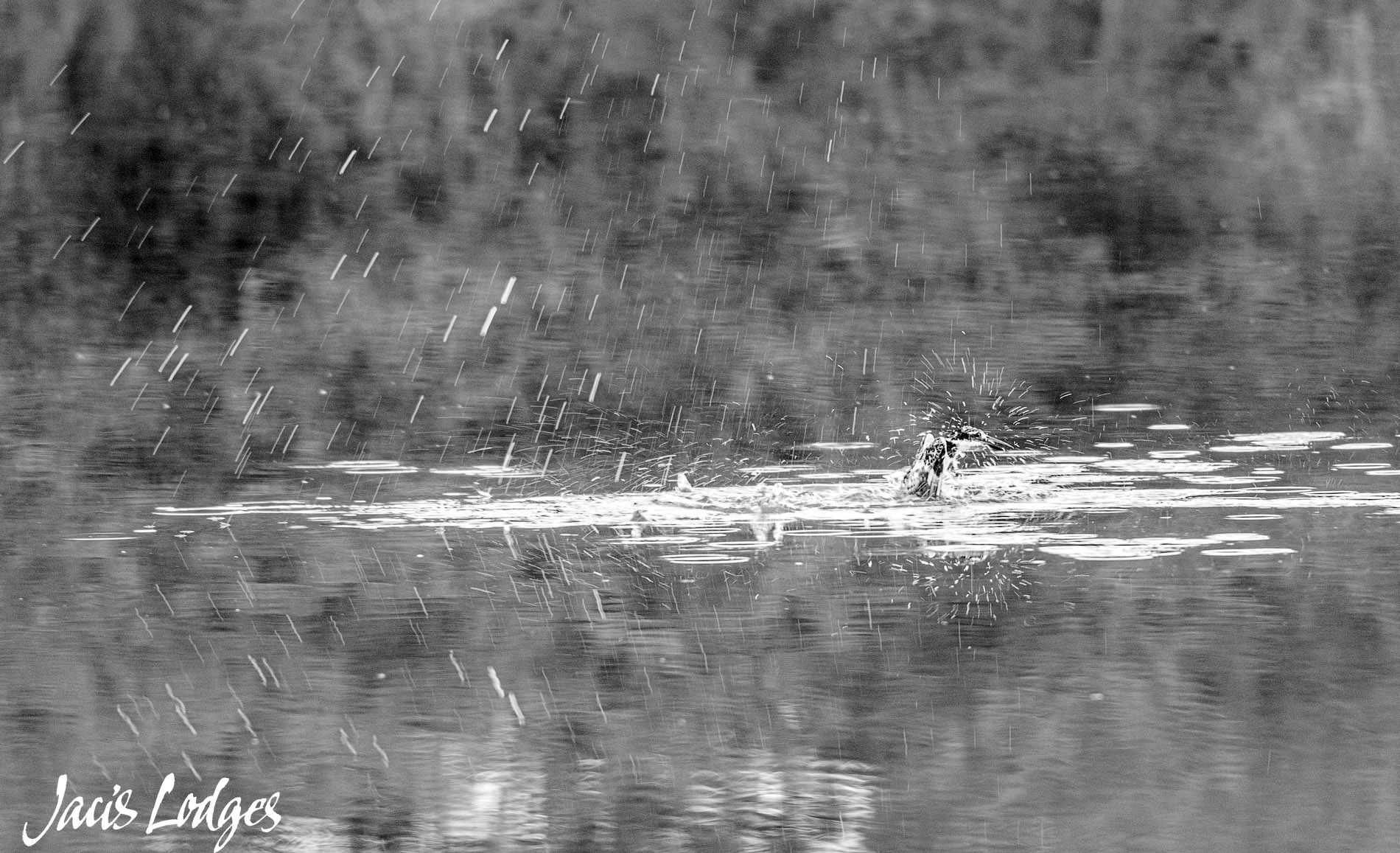 The shaking shots worked, so why not try to get motion blur shots of the Kingfishers diving. After a few attempts (they were very active), I realized that when they were exiting the water, that would get me the results I was looking for. The water spray on its own would create interesting textures in the image. Again, the results surpassed my expectations.

There’s more to just taking a snap in photography, and photographic safaris should also be about exploring the creative side of photography and think a little bit more about what you’re photographing.

I hope you enjoyed the photographic blog!