Around the Campfire – Wild Dogs Update

Update on the resident pack of Wild Dogs

After we were successful with setting our camera traps on paths that the wild dogs were taking regularly, we were hoping that patience would pay off.

We left our camera traps up for a very long time, and although we were able to view the resident pack hunting around camp most evenings, we delayed collecting the camera traps. 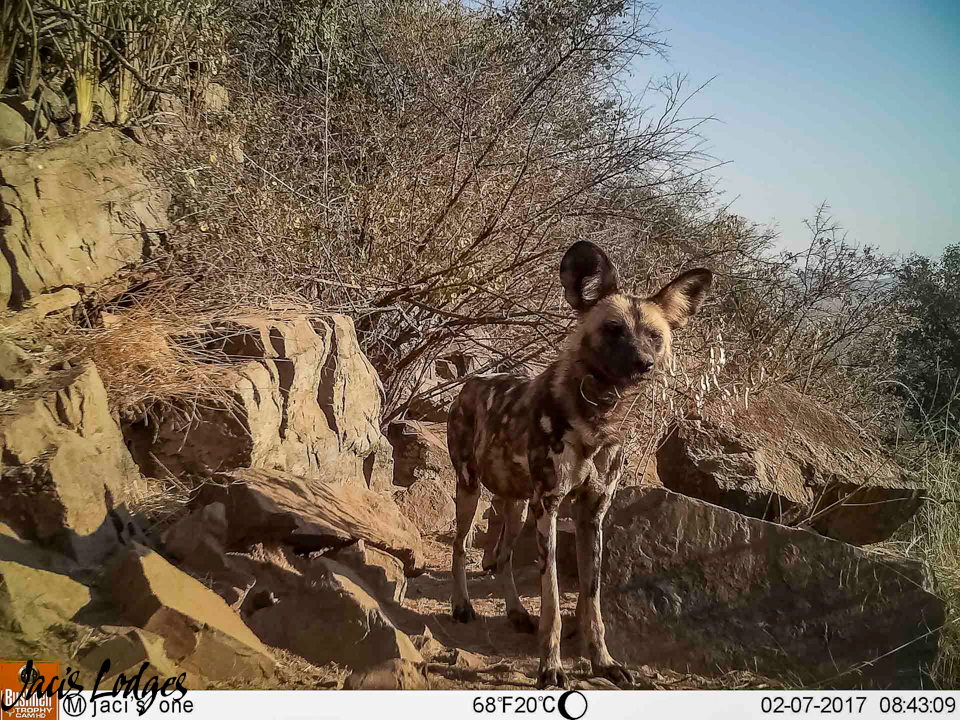 The behaviour we were able to witness was incredible – at around sunset, on a daily basis, the pack would make their way down from the mountain and go on the hunt. Most evenings they were successful with their hunting parties, and the numbers of impala & bushbuck around dropped quite quickly.

From the Terrapin Hide, we witnessed numerous kills ranging from just after sunset, to as late as 21h30. This behaviour was amazing to see, as wild dogs are primarily known to be diurnal hunters. 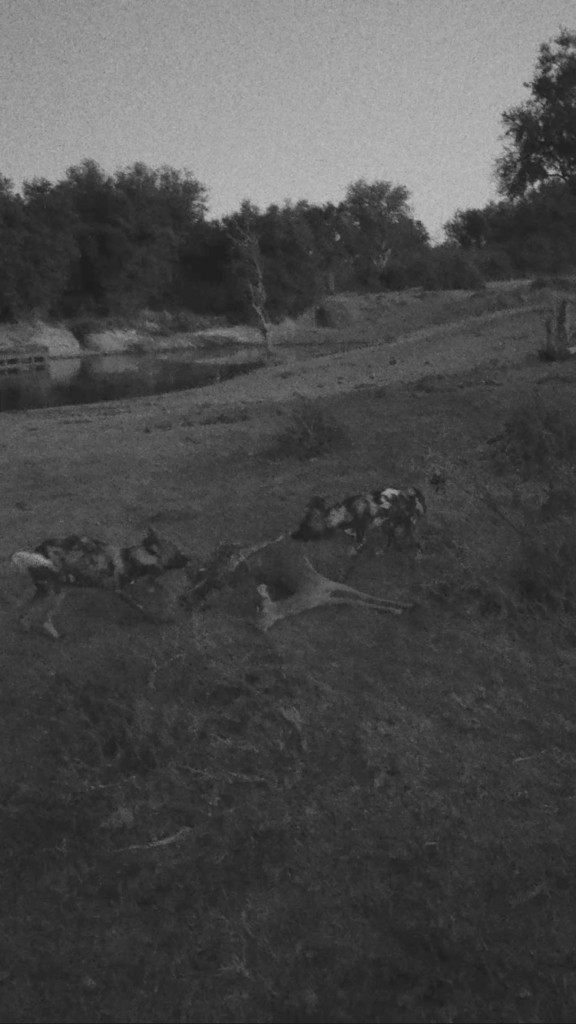 The pack has subsequently moved a few kilometres further away, so we quickly headed up to collect the camera traps and see what happened over the past couple of months.

What we got was amazing – from the dogs running past (at all hours of the day & night), to confirmation that there are puppies who were coming down to greet the adults after their hunting trips. 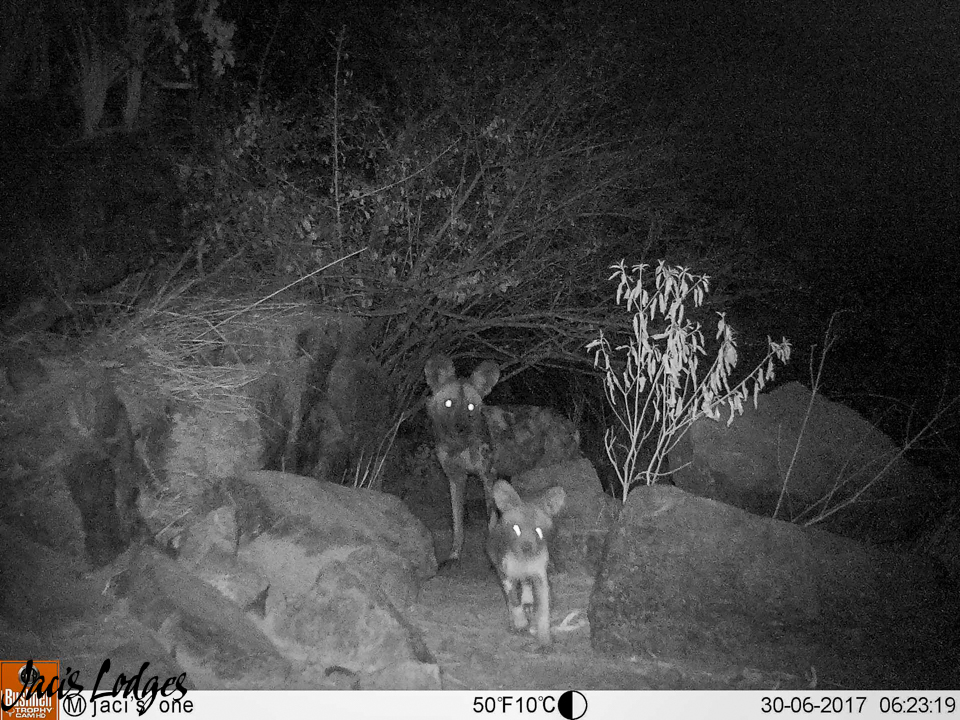 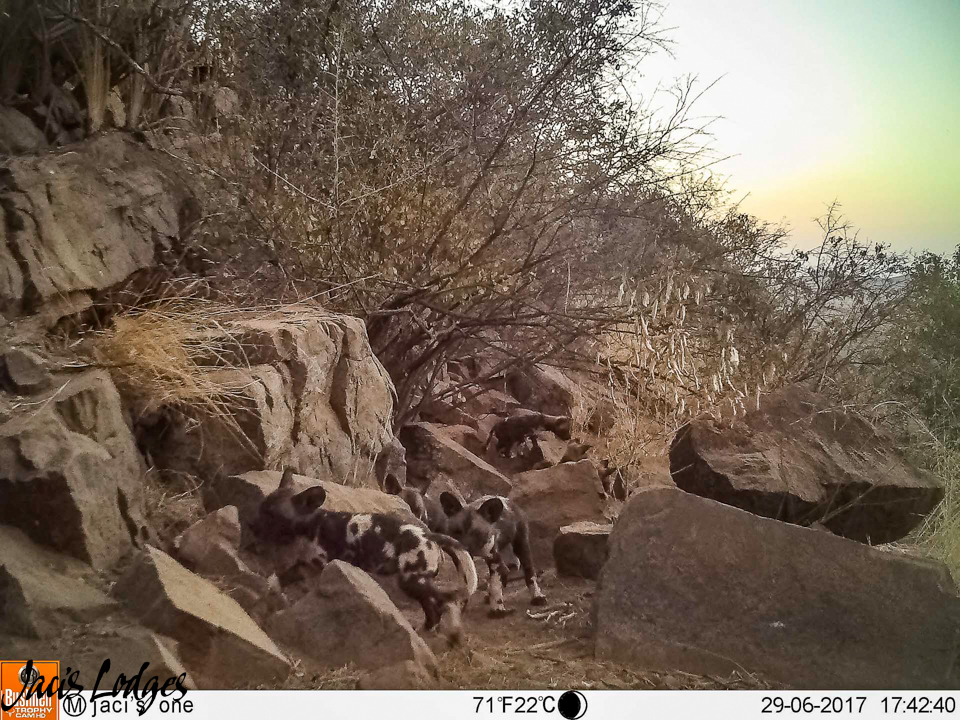 This is great news for the Wild Dogs of Madikwe, and we eagerly await the puppies to start running with the pack. We guess that the puppies are now about 3 / 4 months old, so suspect that they will be introduced to us soon. 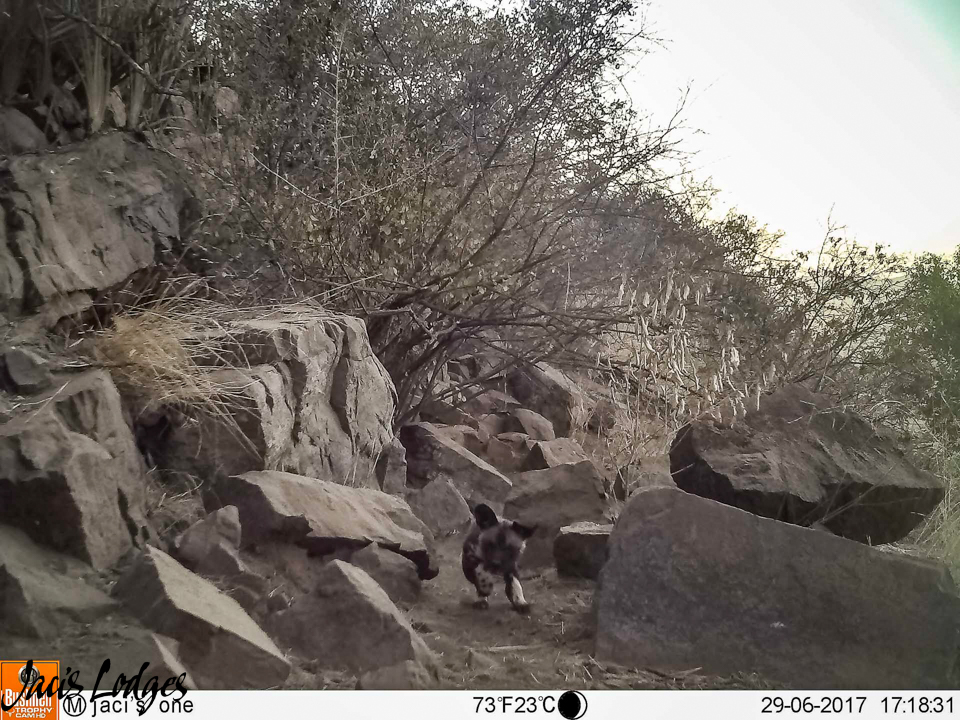