‘There were mating lions right in front of us on the drive in!!’. .. exclaims Lucy, her face aglow by the crackling fire, on Whatsapp to her boyfriend, ‘and then we saw a huge herd of elephants, and as we arrived right at the lodge there were all these antelope at the waterhole!!’.

This is day one, on our drive from Johannesburg to Jaci’s Safari Lodge in Madikwe, we had hardly even started our holiday yet.

Lucy chatters on into the ‘phone ‘..and as we drove into the lodge, we were greeted with the most heavenly fruity cocktails, and a hundred smiles of the staff, and a three course lunch had been prepared! Butternut soup, followed by a baked dish that look like it had taken days to put together but tasted as fresh as if the ingredients had just been picked, you would have LOVED it’ 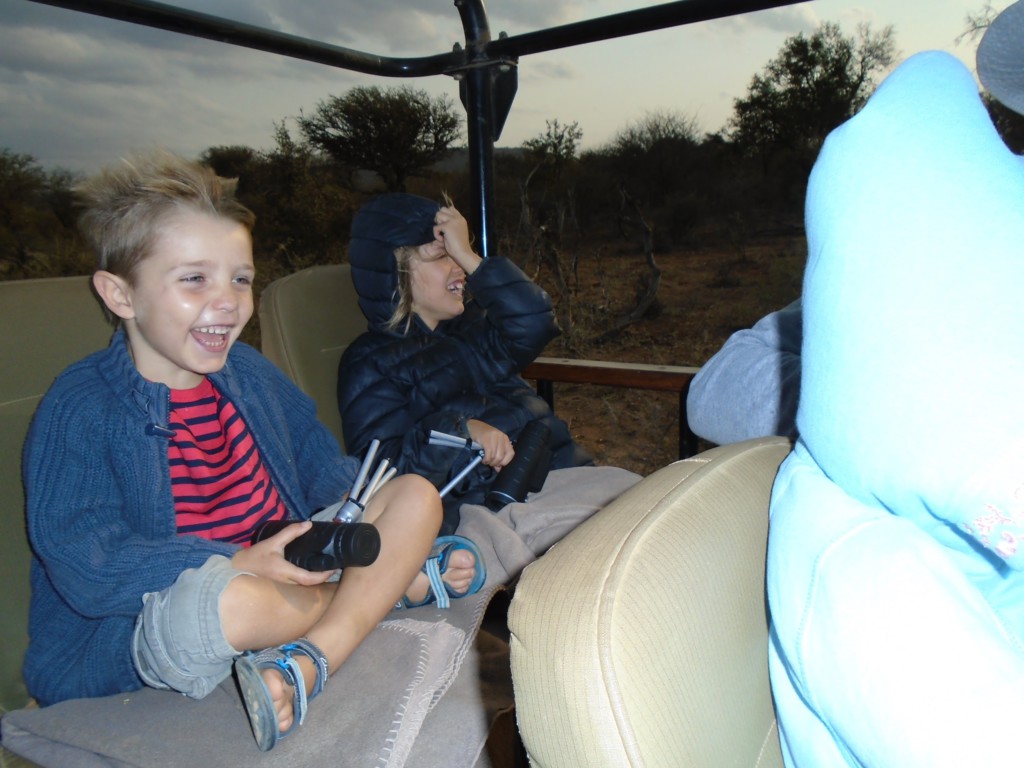 My family and I chose Jaci’s in Madikwe for our safari holiday this August and we couldn’t have made a better choice:

So day two, we woke early after a night of listening to the far off rumblings of hunting lions, and Jenna, our fab guide, took us straight out to where the exhausted mating lion pair were still at it. We then went to see a playful rhino baby trotting alongside its grumpy mum, along with a team of elephants and countless antelope. The giraffe were a little shy but we spotted the odd one awkwardly trying to hide in the bush. 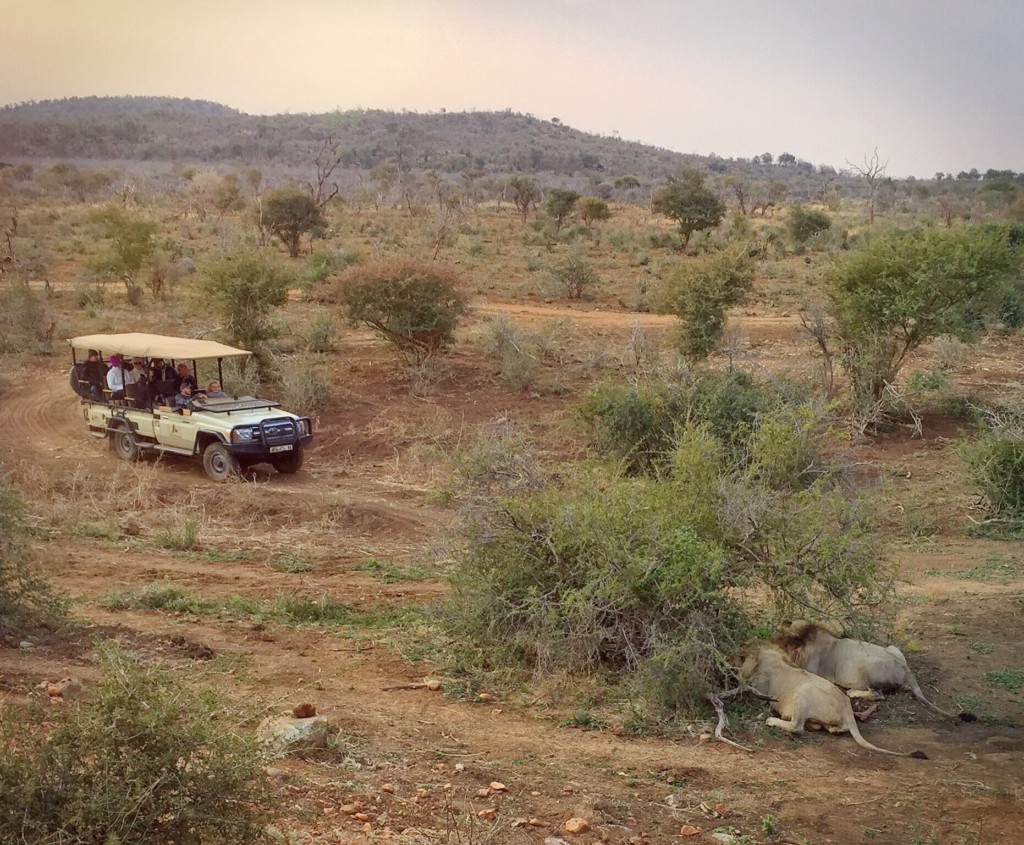 After the first day, we lazy Brits and Americans decided that we didn’t all want to get up for the early morning game drive every day, and although Jenna rolled her eyes at our laziness, that was totally fine. So whilst some of us went out game viewing, some of us would amble down to the underwater photographic hide with a cup of coffee or hot chocolate, or perhaps lie in the sun by the pool and read a book. We ended up having a great old rivalry about who saw the most amazing wildlife on their game drives, with everyone adding poetic license to the recounting of their game drive (‘We saw the lions eating a zebra, in fact, we practically saw the lions kill the zebra’). 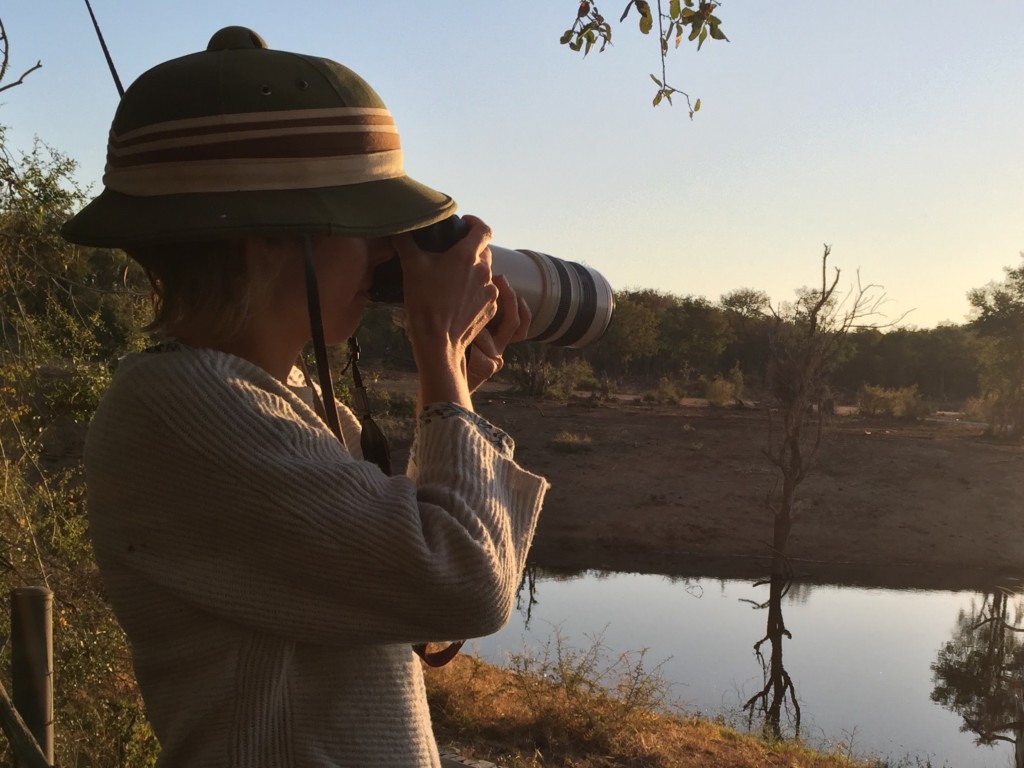 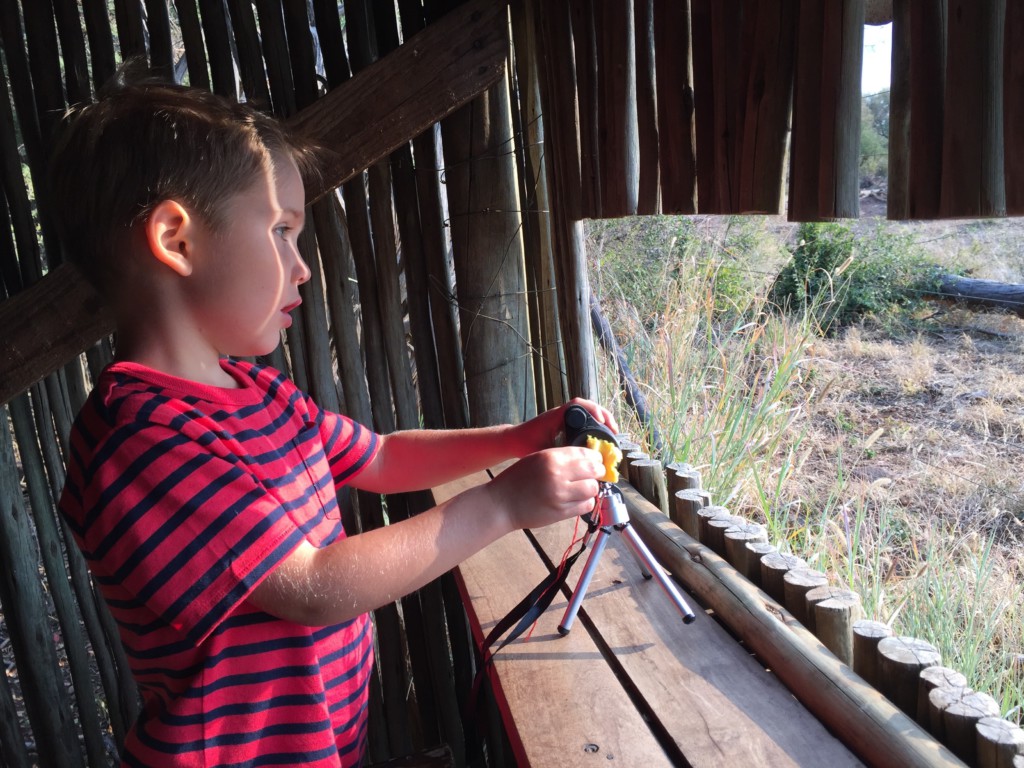 Jenna cleverly entertained the kids by taking them on a safari walk where they learned about a grass which is able to move by itself and burrow downwards when it comes into contact with water (or spit!), a poisonous tree bark, some beautiful African butterflies and clever species which warns its fellow trees when someone is munching on its leaves, by releasing a pheromone which is carried in the wind. Sadly, the munchers know to move in a downwind direction. 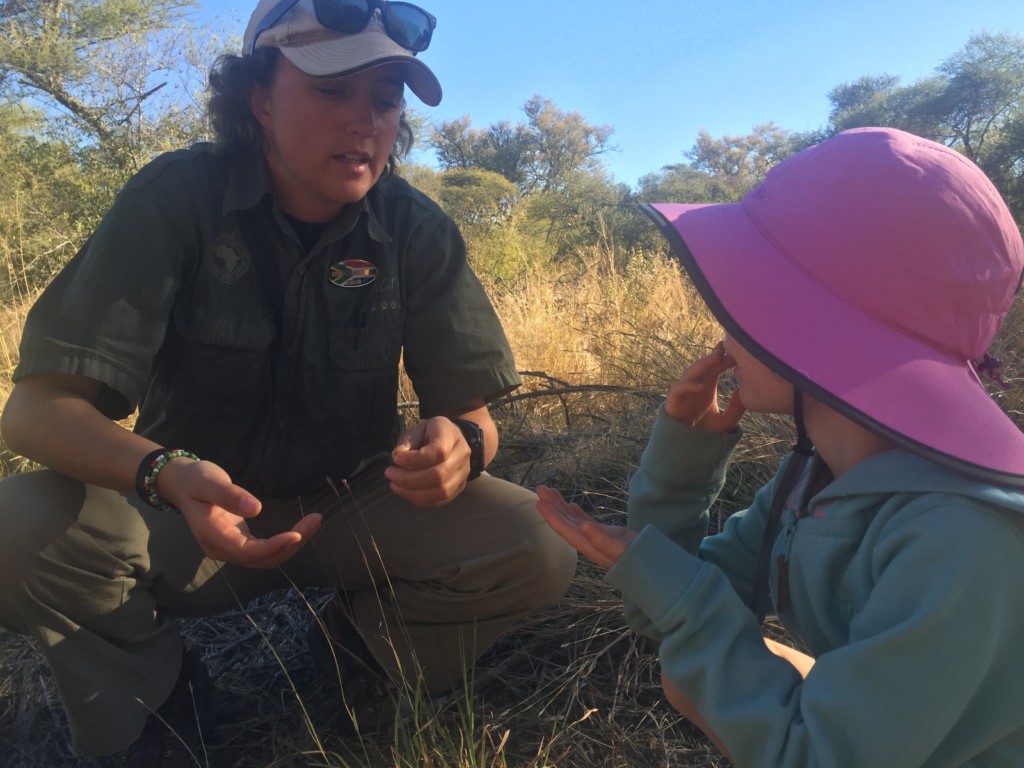 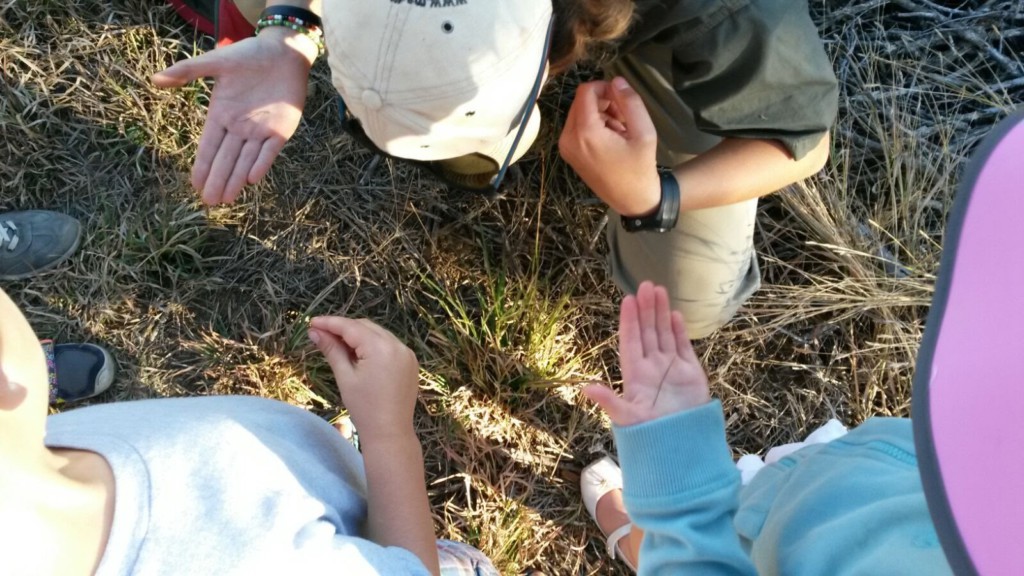 We stayed 5 days at Jaci’s and were incredibly sad to leave. It works so well for kids because it’s all fenced and totally safe, and offers the space for them to run about unattended which so few Big 5 areas offer – and see game by heading underground to the photographic hide. We are already planning our next trip.