Around the Campfire – Colour Communication 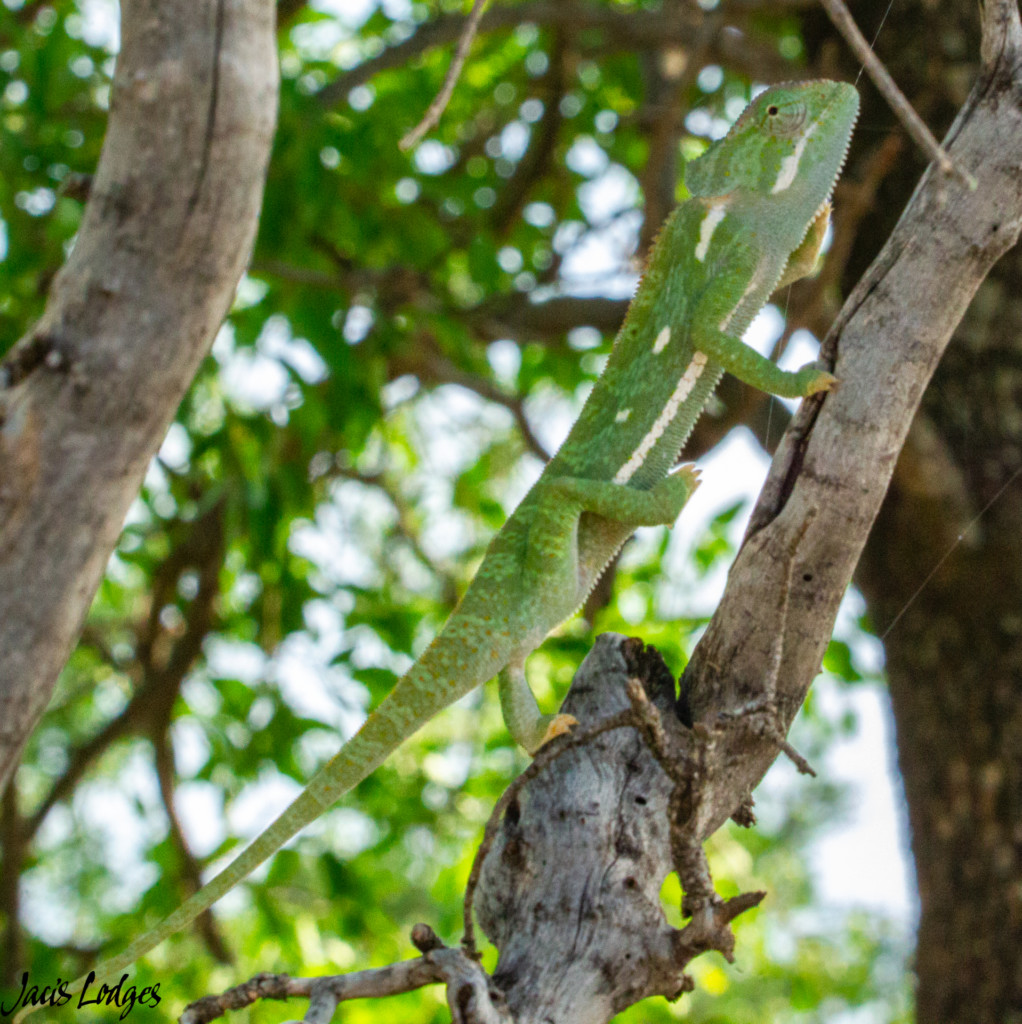 Chameleons don’t sing or call like birds and frogs, or engage in any type of verbal conversation at all; but they are effective communicators. Chameleons communicate three basic things to predators and other chameleons: territorial messages, receptive messages and non-receptive or deterrent messages. They send these messages by changing their body language and colours.

Body language and posture changes are often the first element of communication for chameleons. If a chameleon wants to guard his territory from a trespasser or repeal an overzealous male, he will usually turn to the side as a first move. This allows the chameleon to look as big as possible and effect the most impactful visual display. A severely stressed chameleon may gape, bite or hiss at a conspecific or at a predator. 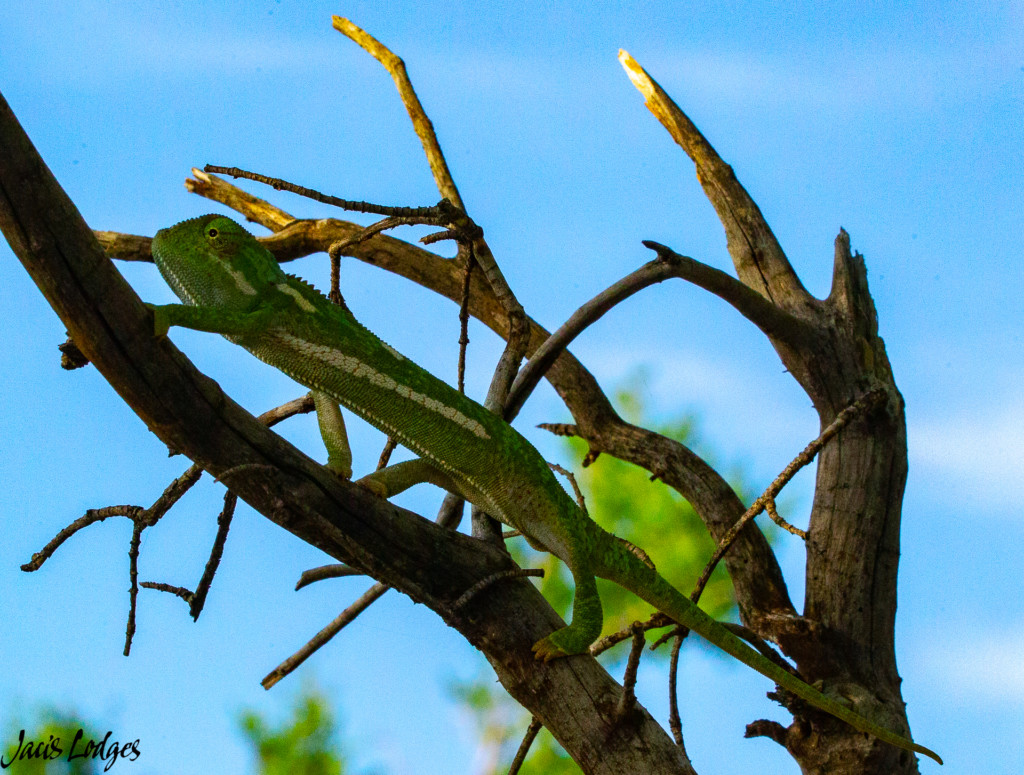 Chameleons are largely solitary animals, except when they are mating. While some males will allow unreceptive females to live in their territory, others will exclude all animals except receptive or recently bred females. In almost all cases, males will exclude other males from their territories. The first step of a territorial interaction is usually to display the brightest territorial colour display possible.

When a female and male encounter each other, the female will adopt receptive or non-receptive coloration, indicating her reproductive state. Though the colour change varies by species, most receptive females display colours at the light end of the spectrum. 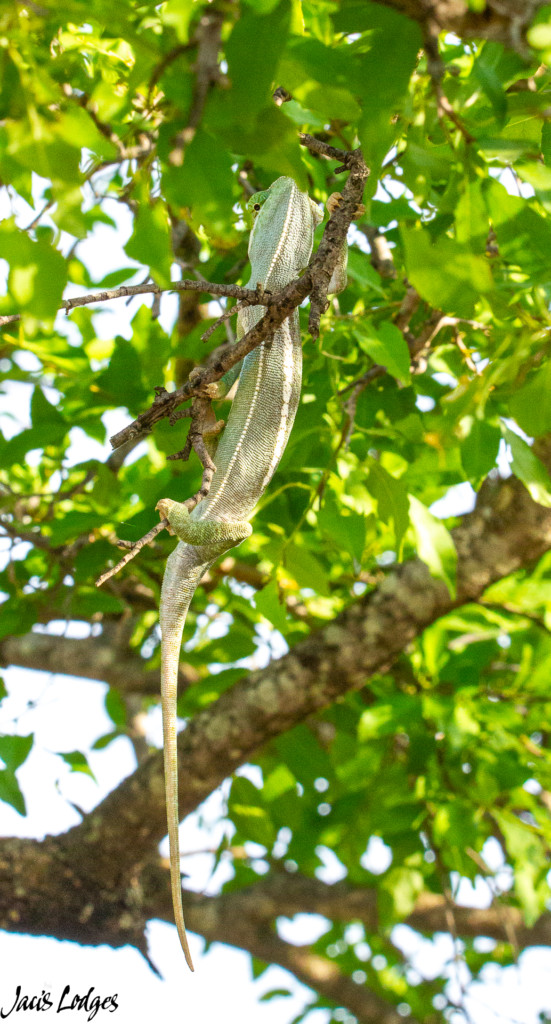 When a female chameleon is not receptive to mating, she will adopt dark ground colours, sometimes offset by bright markings. Hissing, gaping and other negative body language usually accompany the colour change. In most cases, the communicated message is clear, and the male will look elsewhere for breeding partners or wait until the female’s colour changes to receptive. Chameleons often adopt dark or sharply contrasting patterns when attacked by a predator, as well, presumably to communicate that the lizard is dangerous or distasteful prey.