We were very lucky to see something what many people want to see and photographers want to shoot, a cheetah hunt. On an afternoon safari we found some cheetahs relaxing, but then some zebra walked close by and they noticed the zebra foal as a grown zebra is to big for them to hunt. 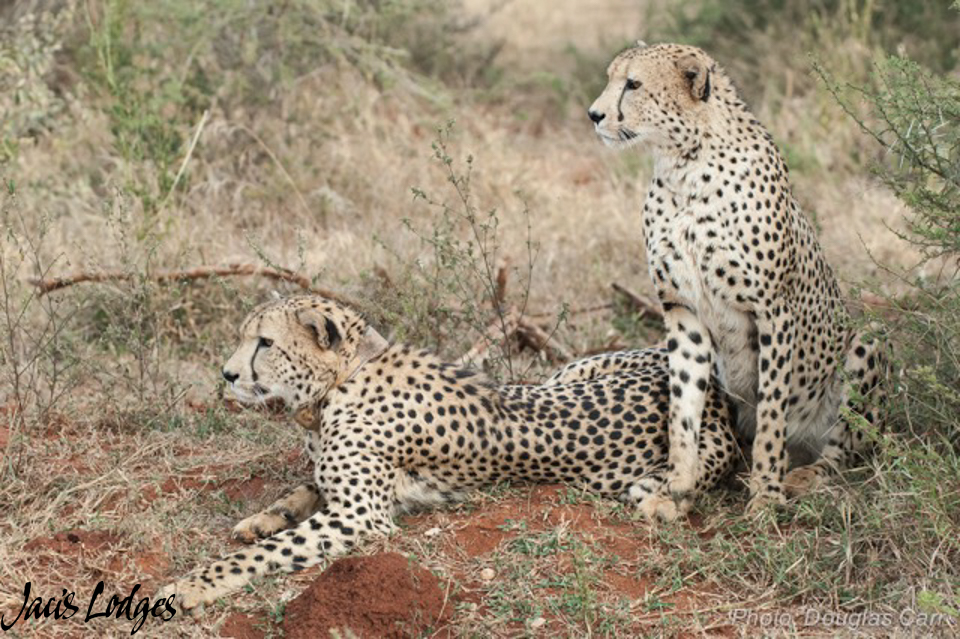 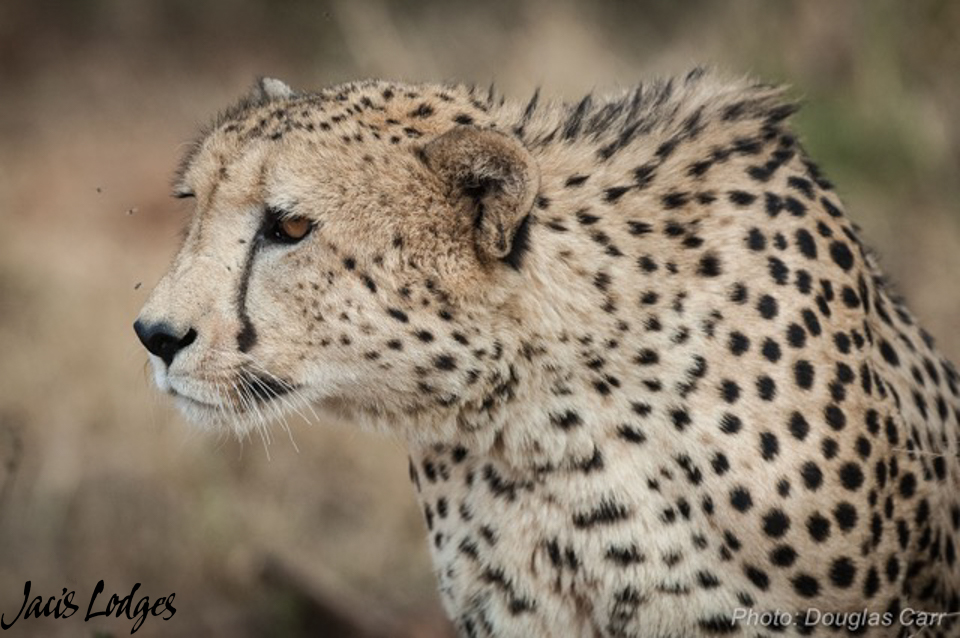 They slowly started stalking them and then the hunt was on. As cheetahs can reach speeds up to 120km/h, things were happening quickly. As the one cheetah was about to make the kill the mother zebra made the perfect interception coming between the foal and the cheetah and basically running over the cheetah and try to kick it as they ran of. 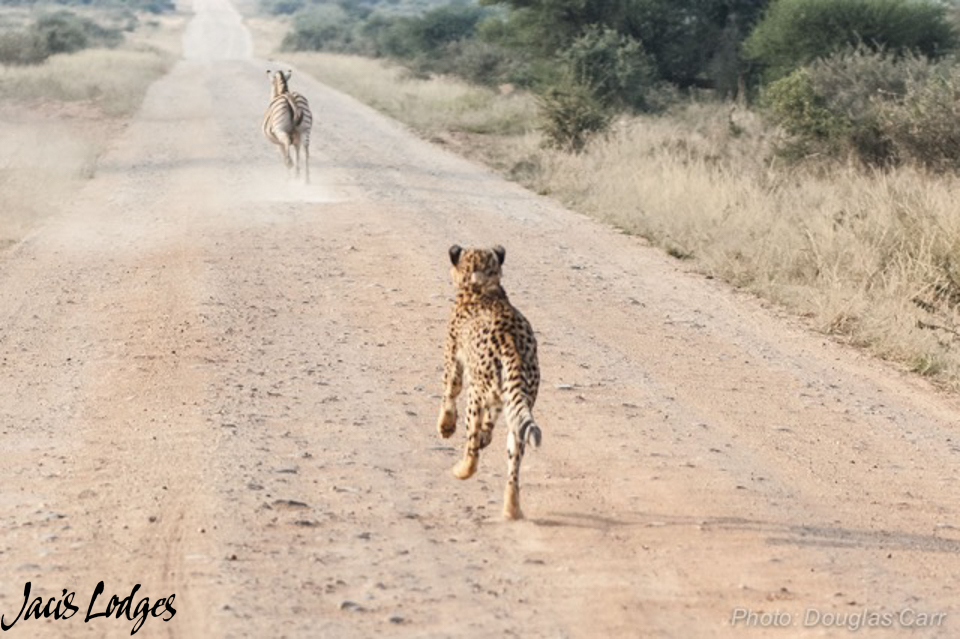 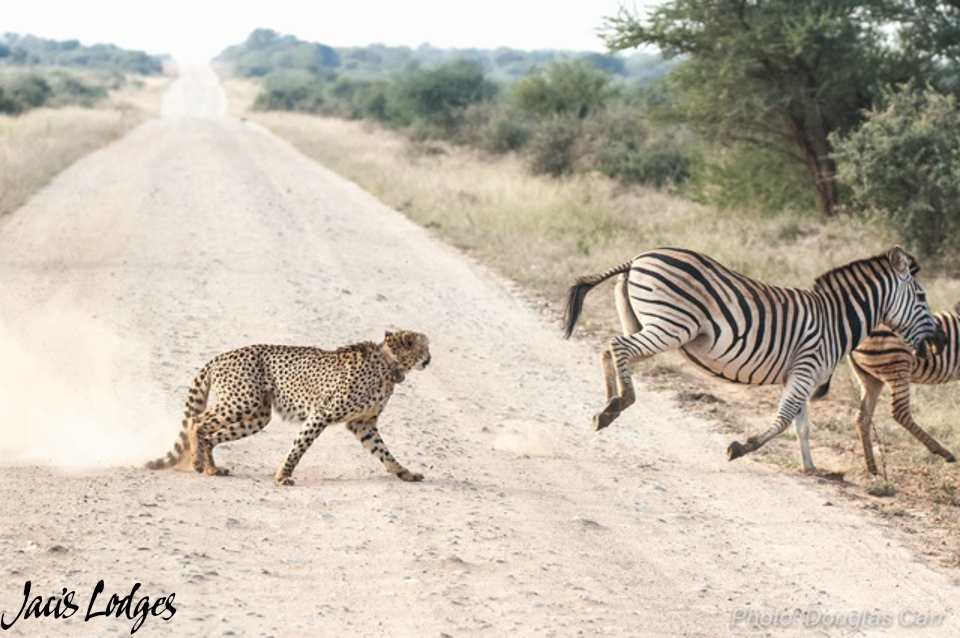 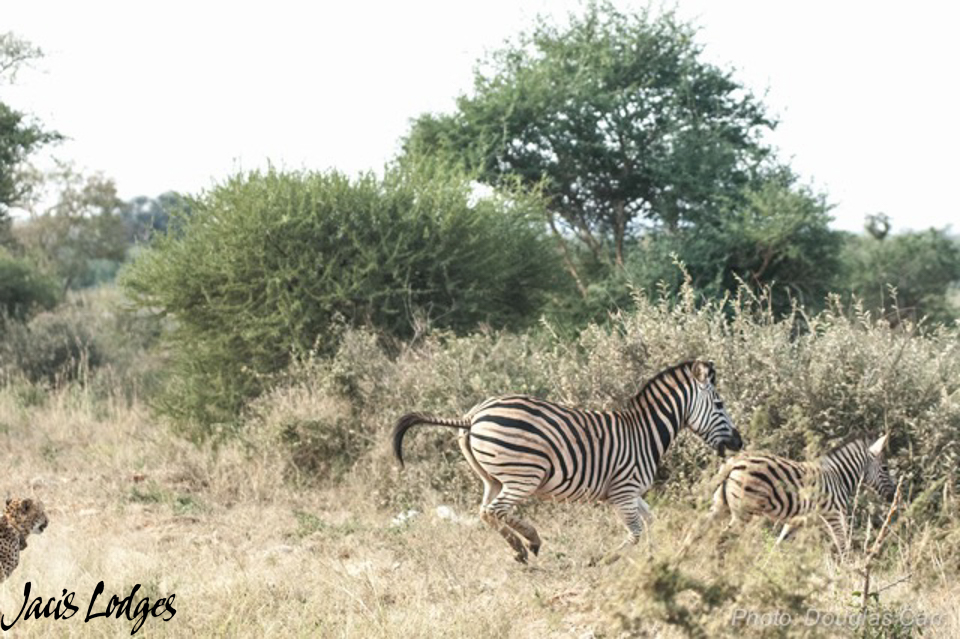 It was an amazing wildlife experience and best of all it was a unsuccessful hunt as the zebra foal lived to see another day. The cheetahs collapsed in the middle of the road to catch their breath while looking at the zebras in the distance and listening to them still making alarm calls.
Images & Text by Douglas Carr 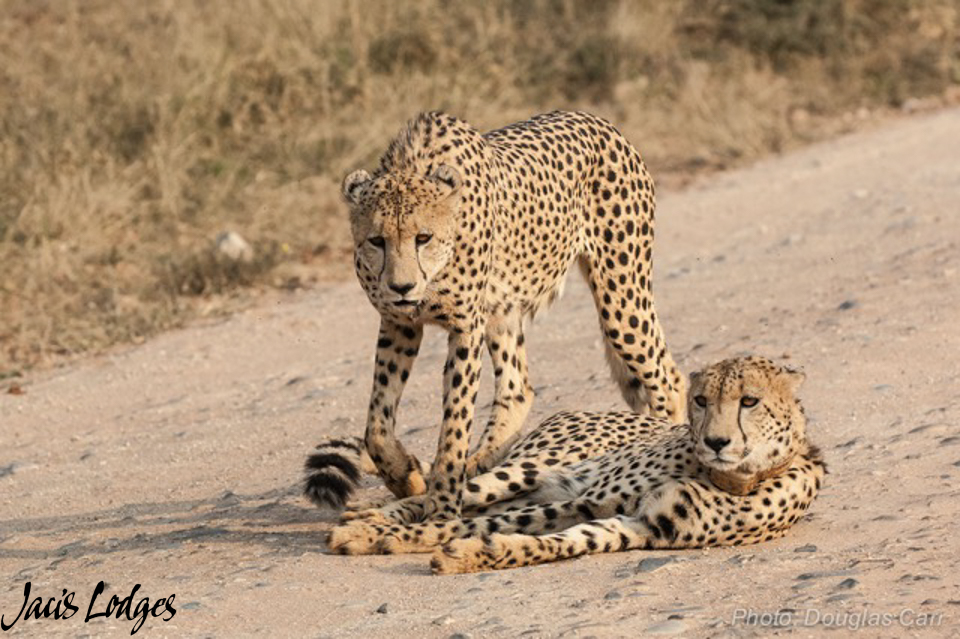