Around the Campfire – Being Patient

For quiet some time, there hasn’t been any female cheetahs in Madikwe, so we were all very excited as the new addition was being released into the reserve in the middle of May. This young female had travelled a long way, from the Eastern Cape, but quickly settled in her new surroundings. During the first few days in her new home she proved to be an awesome hunter and kept on taking down small prey efficiently. She also seems to have decided that the eastern part of the reserve is the most interesting and has only been seen in this area since her release, something which is great for those of us working in this part of the reserve. 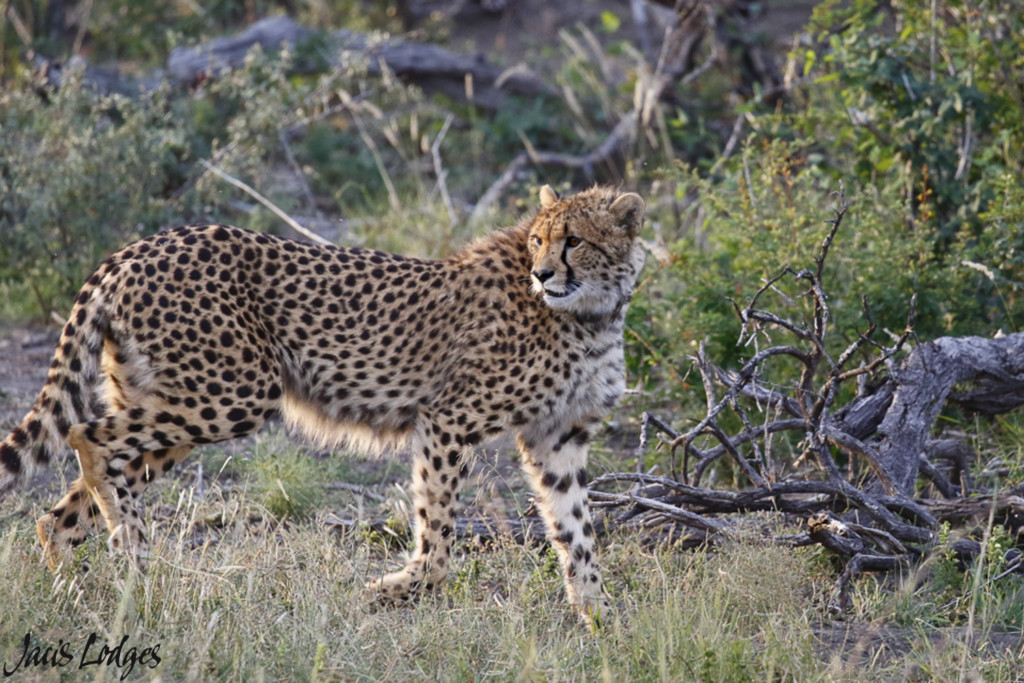 The first time I came across her was in the late afternoon, not even a week after her introduction, with a group of keen photographers. As we first spotted her it became evident that she’s a very relaxed cat and isn’t bothered at all by the presence of vehicles. She didn’t really seem focused on anything and was just looking as if exploring the area. The photo opportunities weren’t great as she was moving around and mostly we got shots of her backside or with a bush obscuring our subject. The guests were still happy, as seeing a cheetah in the wild isn’t an every day experience. However, patience is usually a photographers most important tool and as her name, Iketle, means just that, we decided to wait a bit for her to settle down. When she did so behind a thick bush though, we thought she might have had enough of our company and were preparing to leave… 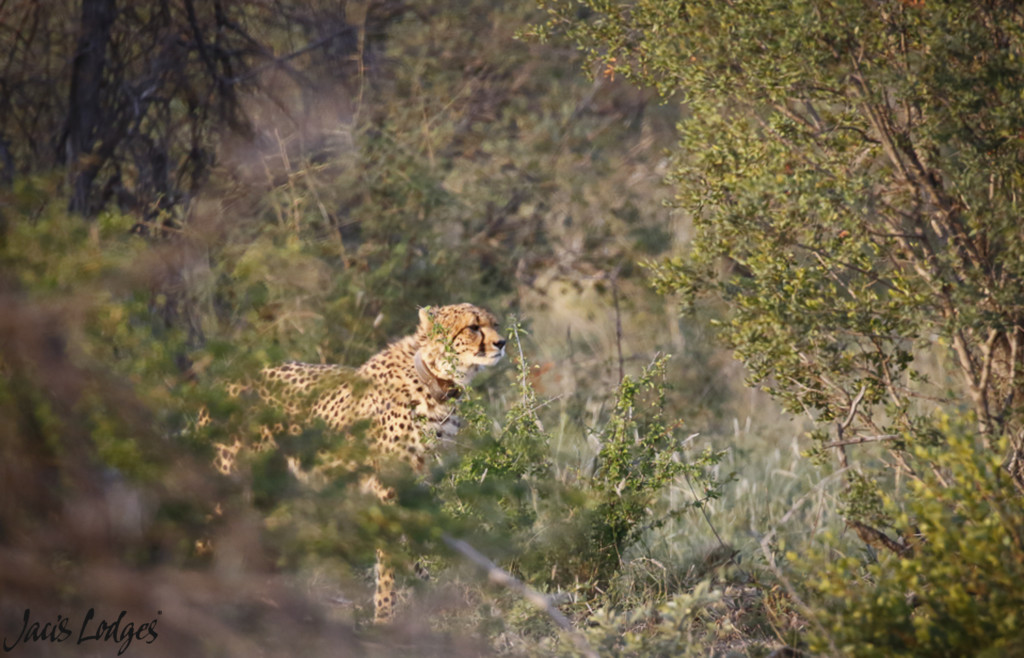 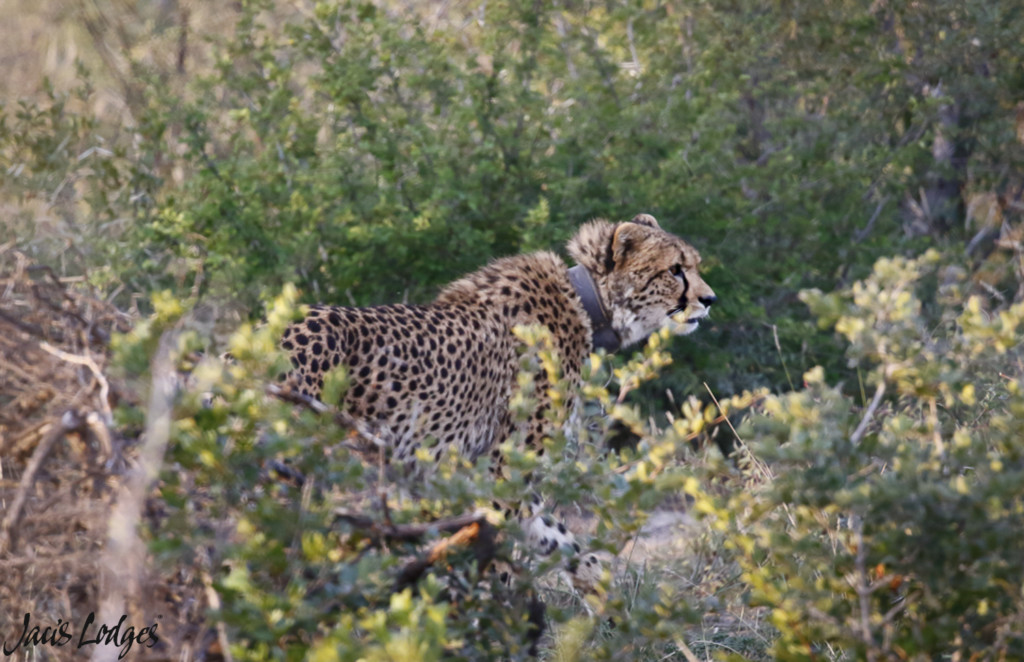 Suddenly, we were startled by a scrub hare jumping up from its hiding place close by and in a blur, Iketle raced after it. We were all amazed by her agility and speed, even though that is what cheetahs are actually famous for. Witnessing it in real life is a totally different story from seeing it in documentaries. The fact that everyone was too excited to even think of the cameras was probably just as well, no one would have had a chance to catch the cat on camera anyway. As she flew past our vehicle only a meter away, we were all cheering for the cheetah. When the hunt ended it wasn’t clear at first whether it had been a successful one or not. 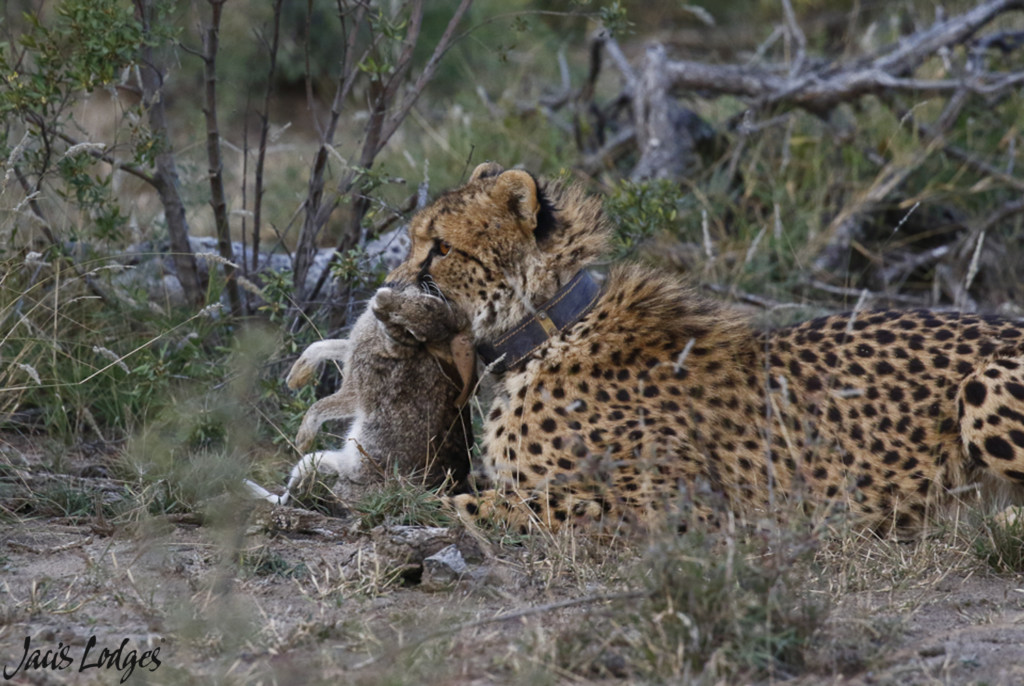 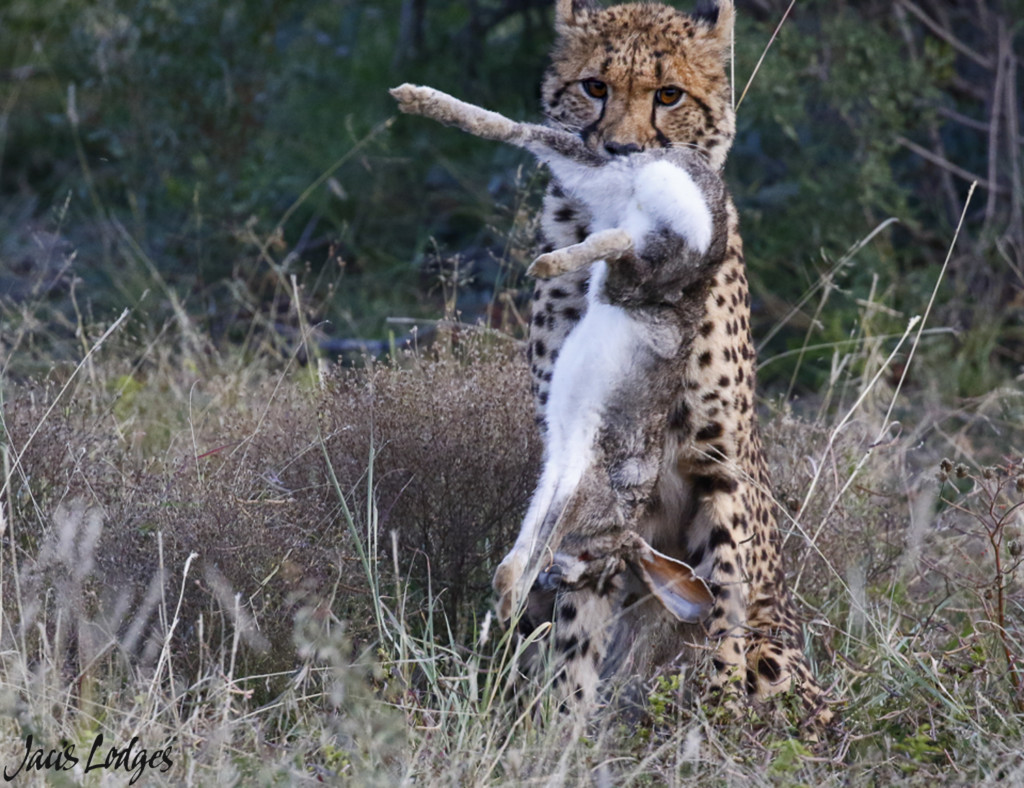 But, catching up with her, we could see she had managed to take her prey down once again. Exhausted after the sprint, she was lying on top of it, panting like mad. When she finally got up to move her meal to a better dining spot, it became evident just how small she is in comparison to the males we’re used to seeing in Madikwe. The scrub hare looked huge, almost half her size… though it might of course have been an exceptionally large specimen. Happy to have been patient we finally got some great photos and felt like high-fiving each other as well as the young cheetah. 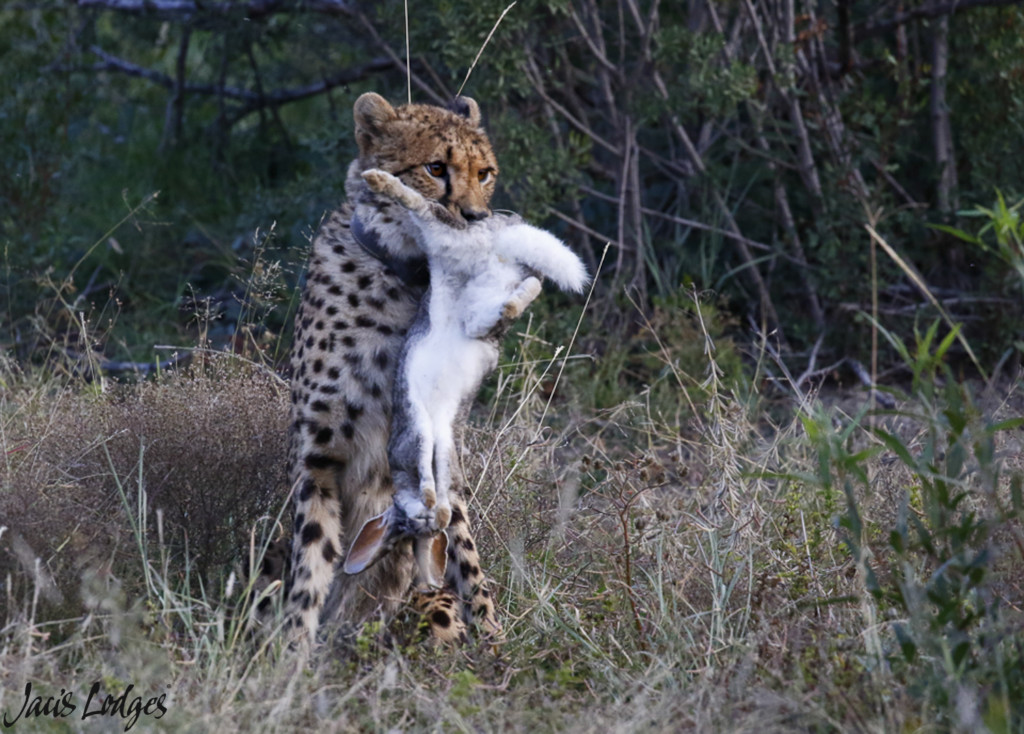 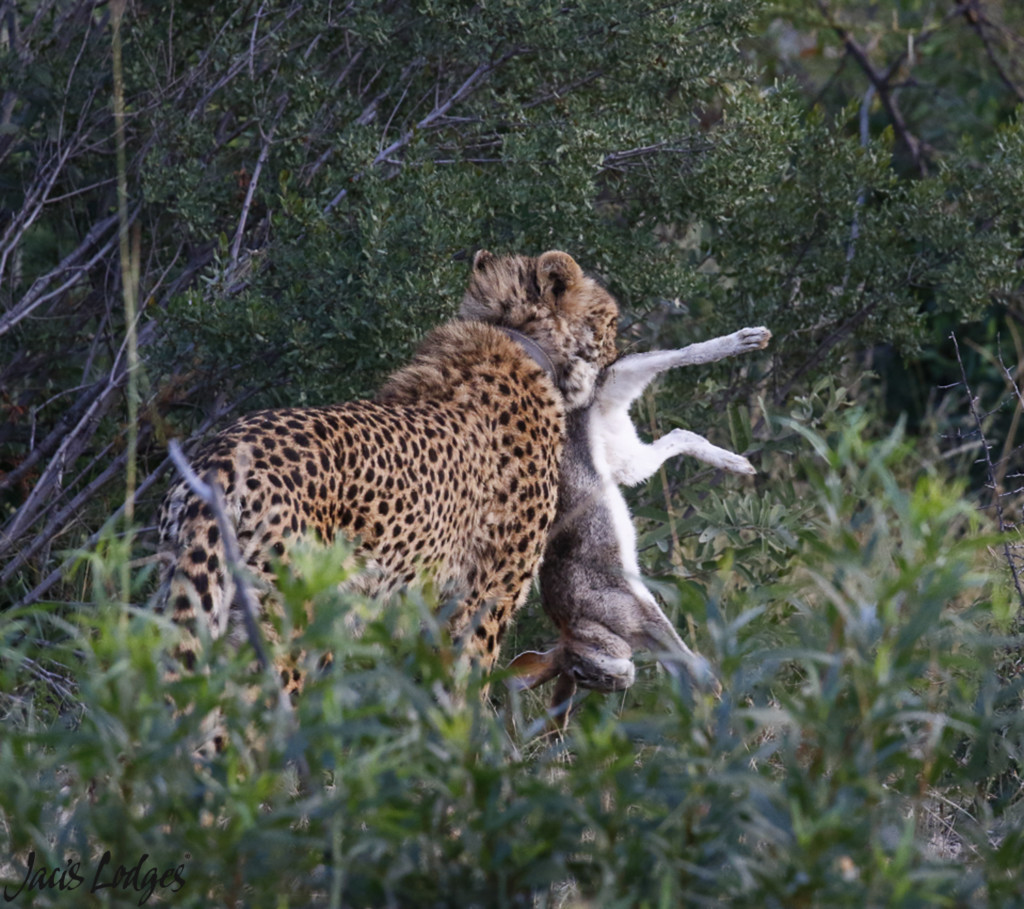 Cheetahs need to be extremely careful to not get their prey stolen by larger predators, so they often drag it into a concealed place and start to eat as soon as they have gotten their breath back and cooled down a bit after the sprint. As she did so, the sun was starting to set and we had all had a fantastic experience, forever etched into our memories. We therefore decided it was time to be heading back, for our own meal in the bush.