Around the Campfire – Beginner birding

Birding and bird photography crept up sneakily on me. It began as a casual “Hmm, What bird is that?” to a quite determined “I still need a great image of x bird”.  Some of these were taken around the lodge, others happened to be on drives, and then for others, like the Green Pigeon, we intentionally went out to try and see if we could successfully capture a couple of shots. I hope you enjoy these and their stories…

It all began with the Brown-headed Kingfisher… This guy would be sitting outside our room, each time I got back from the office. Generally, he would fly off, just having given us a little glimpse of a splash of turquoise, but then he’d settle not too far off. I would grab the camera and try to sneak my way closer to the edge of the deck to try and see how close I could get to snap an image, without him flying off. 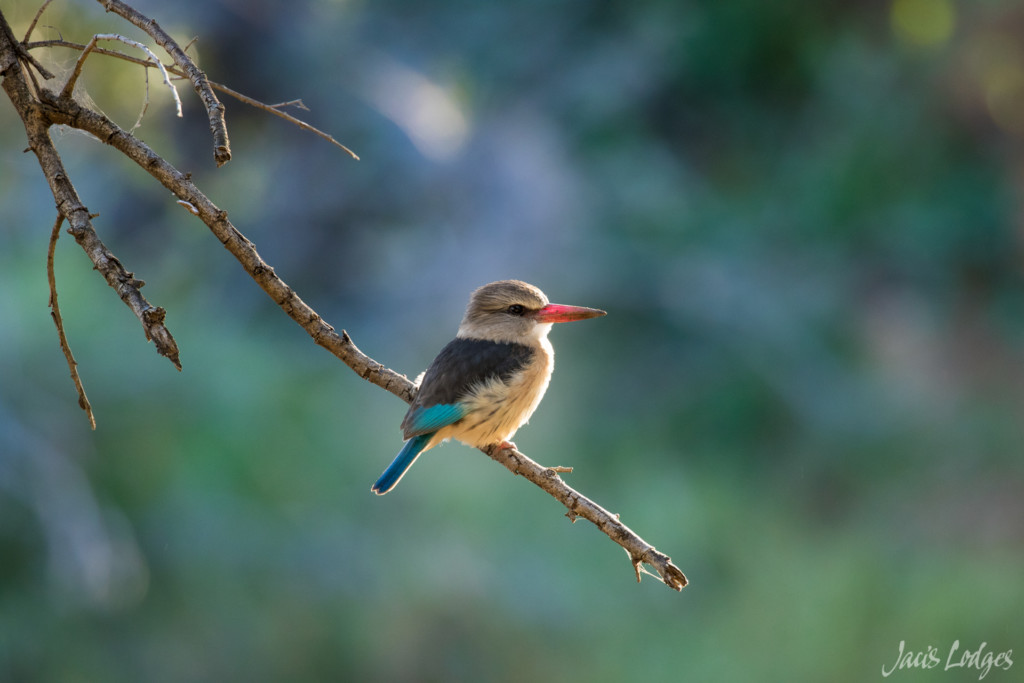 We’ve been very lucky seeing owls, especially in the colder months. At just 19cm, the Pearl-Spotted Owlet is one of the smallest owls found in Southern Africa. It’s often active in the day, which is lucky for us, as it affords us great photographic opportunities! Unlike other owls, they have no ‘ear tufts’, and their colouring makes them appear to have false ‘eyes’ at the back of their head. His real eyes and eyebrows make for a very moody expression! 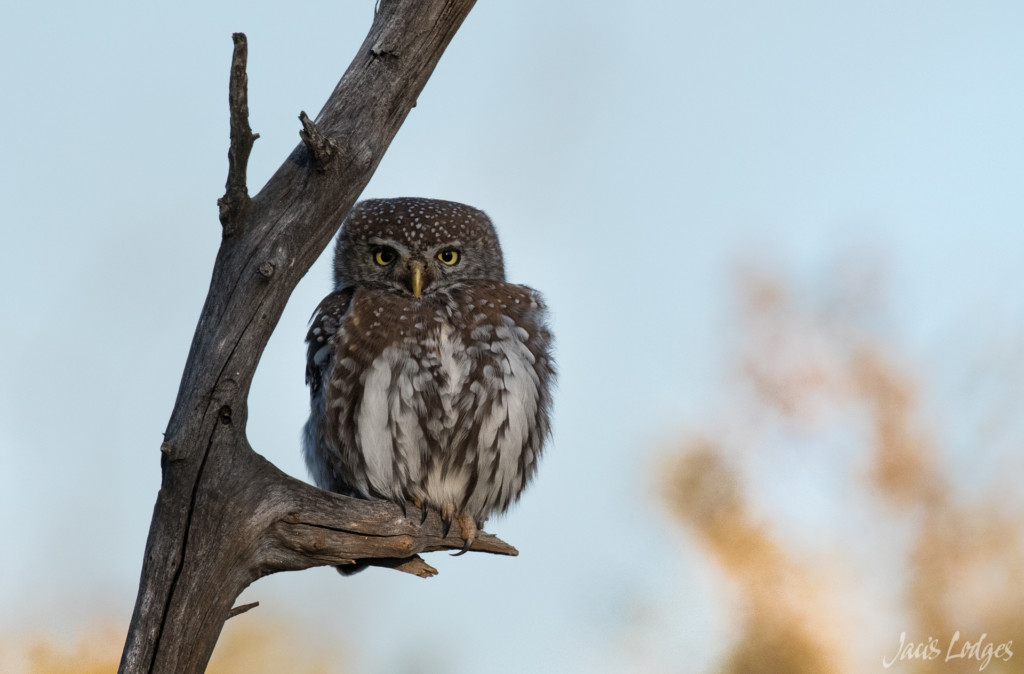 Blue Waxbill – this one is a recent success. Blue Waxbills are quick little finches that are near impossible to capture, as they never perch still for more than a few seconds at a time.  We were all busy focussed on a ground squirrel on the opposite side of the vehicle when this one happened to land on a branch on the left of us, close enough for a decent shot! Interestingly, these bird always build their nests near to a colony of wasps! If any predator comes along, the wasps act as a natural defense. 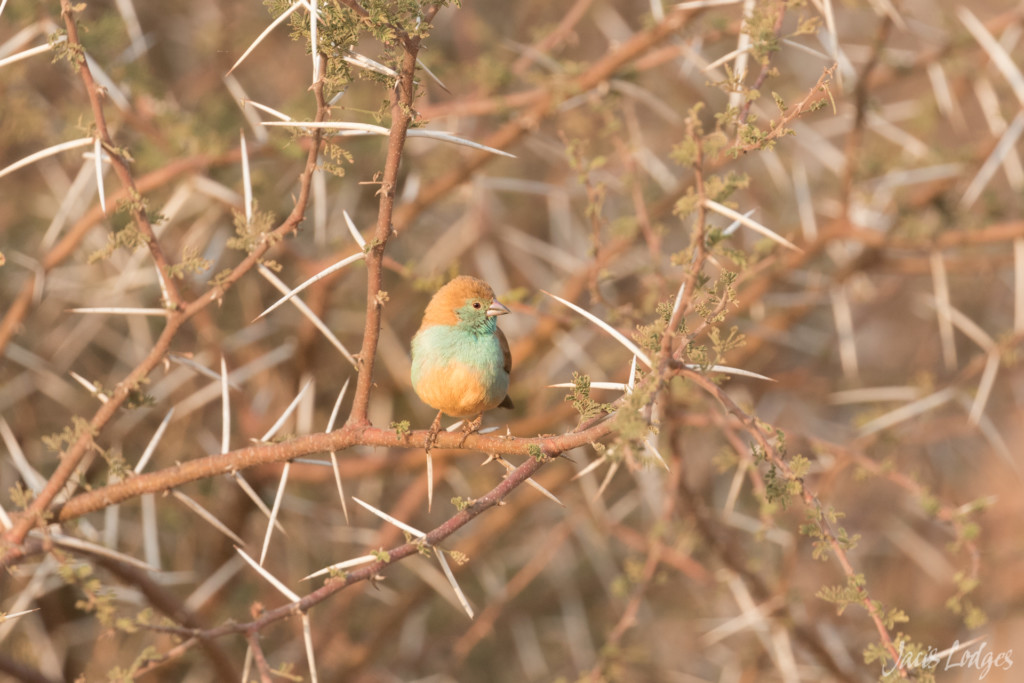 Bushshrikes – these two are great favourites of mine! They Grey-Headed Bushshrike is also known as the Spookvoel, due to it’s ghostly call. The Orange-breasted is a little more shy than its’ cousin, and being a bit smaller, is quite a challenge to capture. 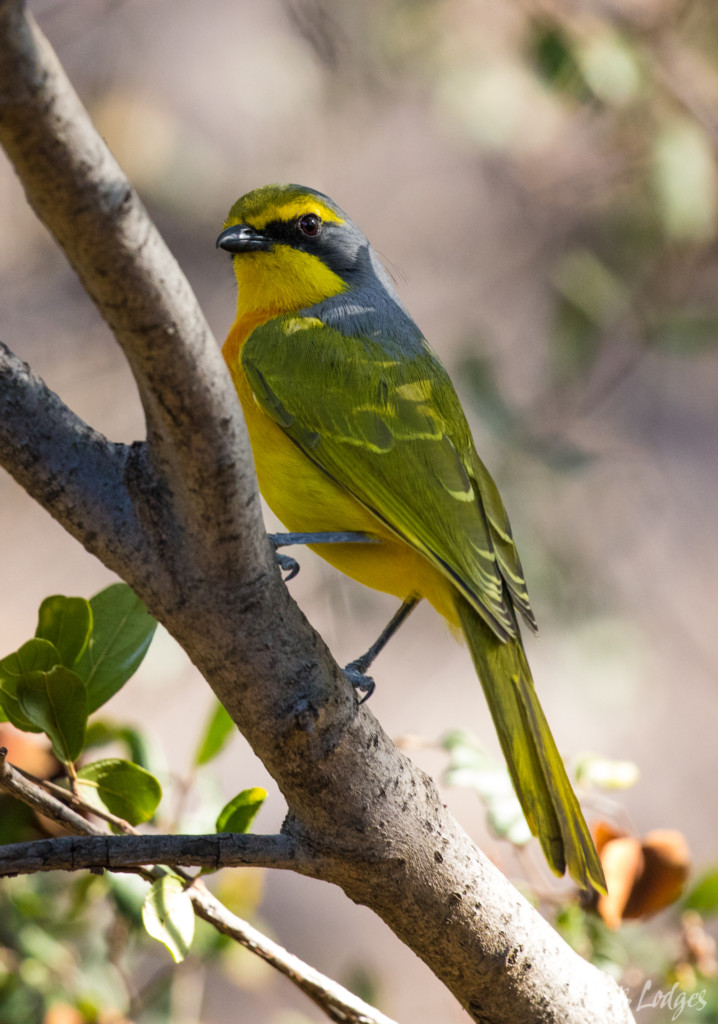 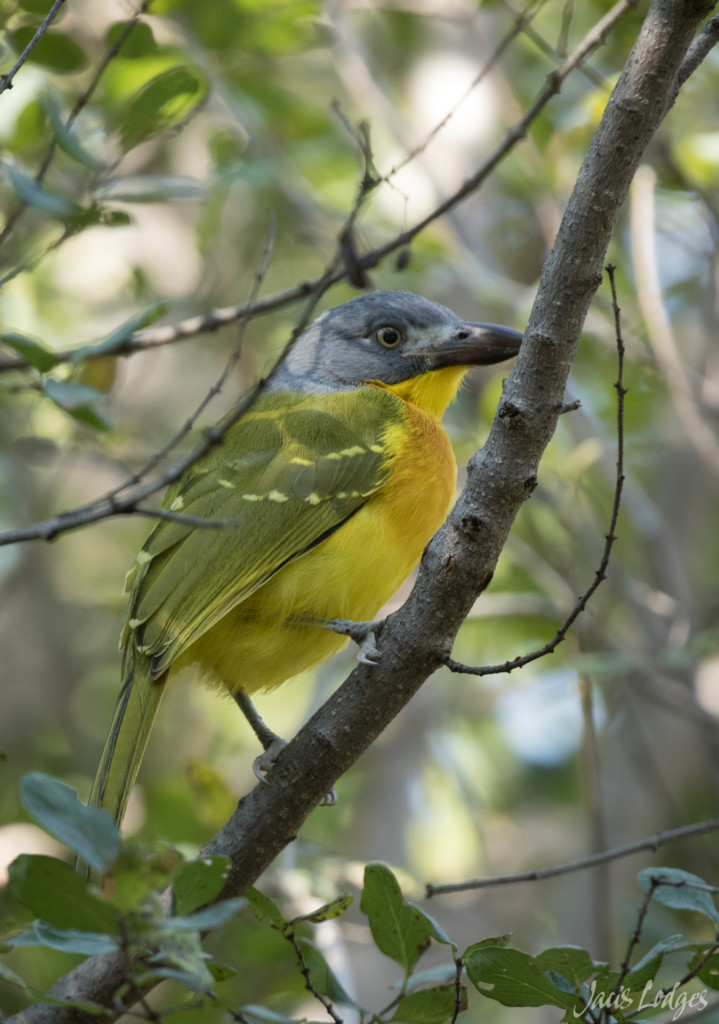 To me, the Crimson-breasted Shrike is one of the most striking and stunning birds to see in the bush. During the green season, they’re less seen, though no less present, simply because of the lush vegetation. In the drier months, they’re more often seen and such a rewarding shot. Another striking bird about camp, is the Black-headed Oriole, which we captured here, bathing in our sprinkler on a sunny morning. With it’s bright yellow, and pitch black head, it is unmistakable. 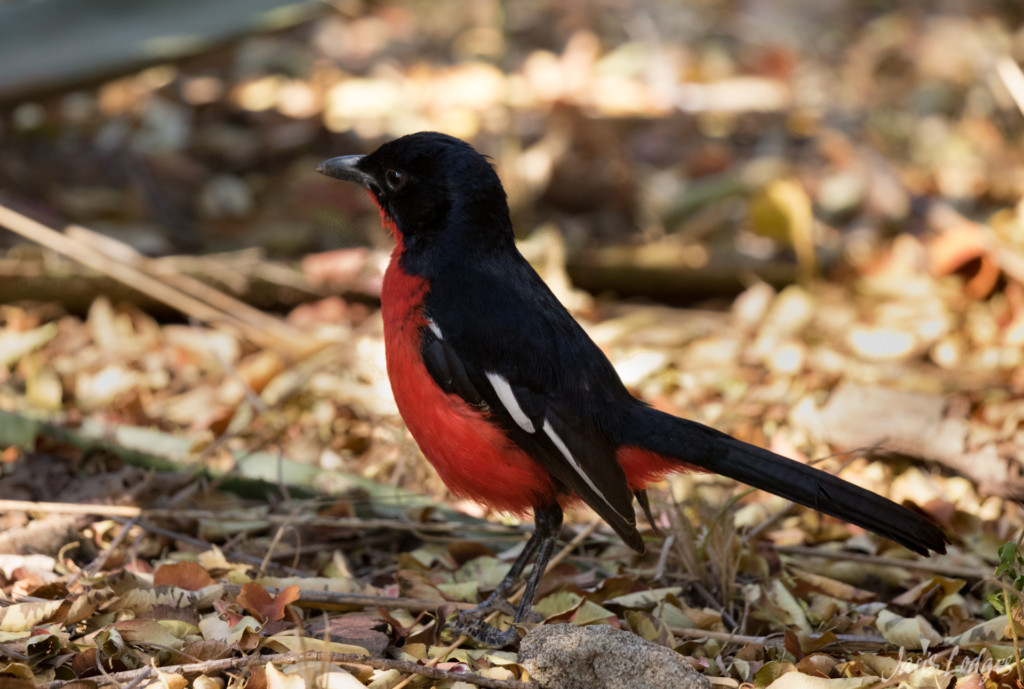 As mentioned, capturing the African Green Pigeon took a little more than pure luck. We’d spotted them in the huge Fig Tree a couple of minutes from the Lodge, feasting on the ripening figs. We went out just before sunset, parked under the tree and climbed on to the roof of the vehicle to get a slightly better angle. After a while, we started to pick up on their movements, and managed to capture a couple of shots, not only of their gorgeous colours, but also of the way they gobble up the figs, seeming to swallow them whole! 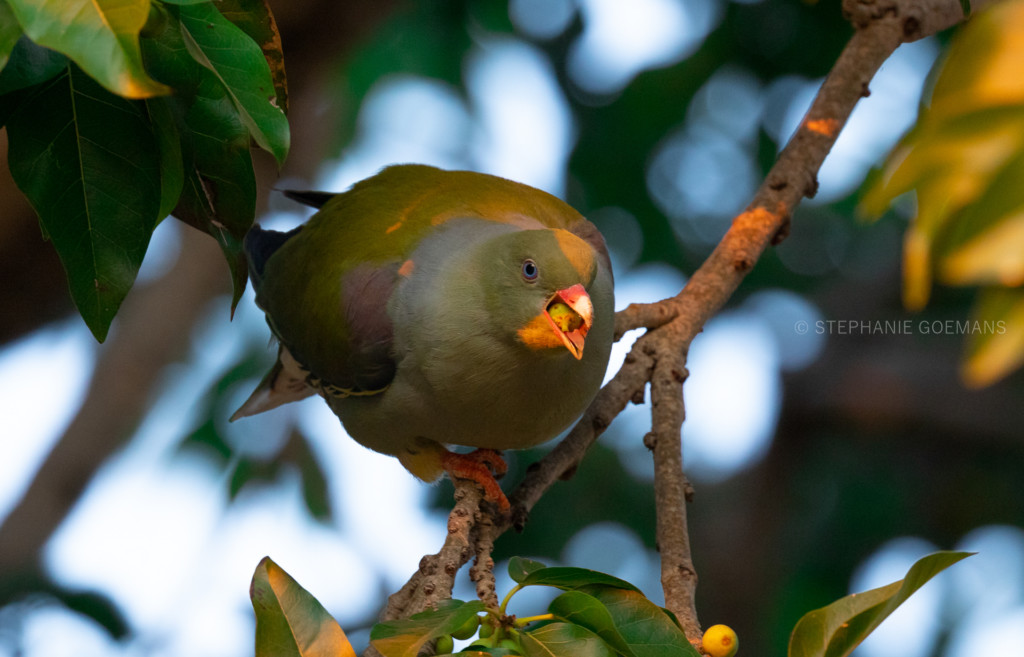 September 26th, 2020|Around the Campfire, Uncategorized|