Around the Campfire – Bedazzled

A “dazzle” of Zebra – the collective noun for these herbivores – aptly describes the resultant confusion that arises as they stampede – with their patterns intermingling and creating an illusion that makes it harder for predators to focus on a single individual.

But this is not the only reason for their unique striped patterns. There are many different theories as well as reasons for these patterns. One of the theories is that the black and white greatly assists them to blend into the bush environment between the thicker vegetation as the light and dark contrasts, as it would be when sunlight shines through the bushes creating a dappled effect. 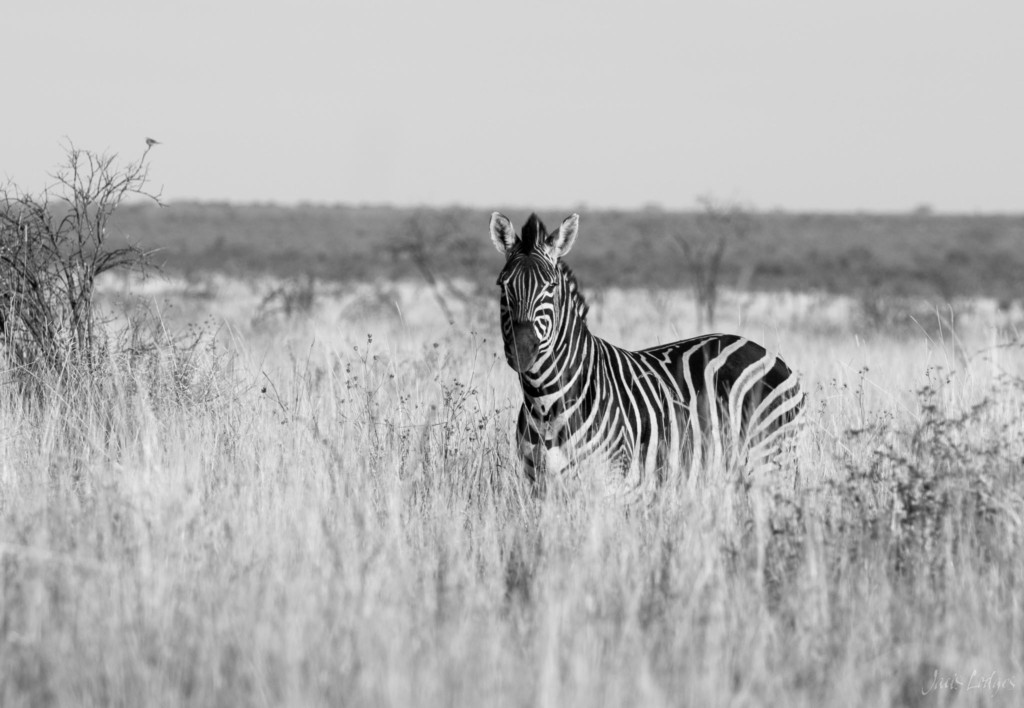 Each Zebra has a unique pattern of stripes, and having these unique pattern helps them to identify individuals. This is most important with a mother and her new born foal. The reason this is so important is because the mother will separate herself from the herd, moving away sometimes hundred meters or more, but just far enough that she can see the herd. This is so that the mother needs the foal to imprint her patterns and not another individual, which is very important for the survival of the foal. If the foal doesn’t imprint the mother’s patterns it will not be able to survive without the life sustaining milk that she provides. 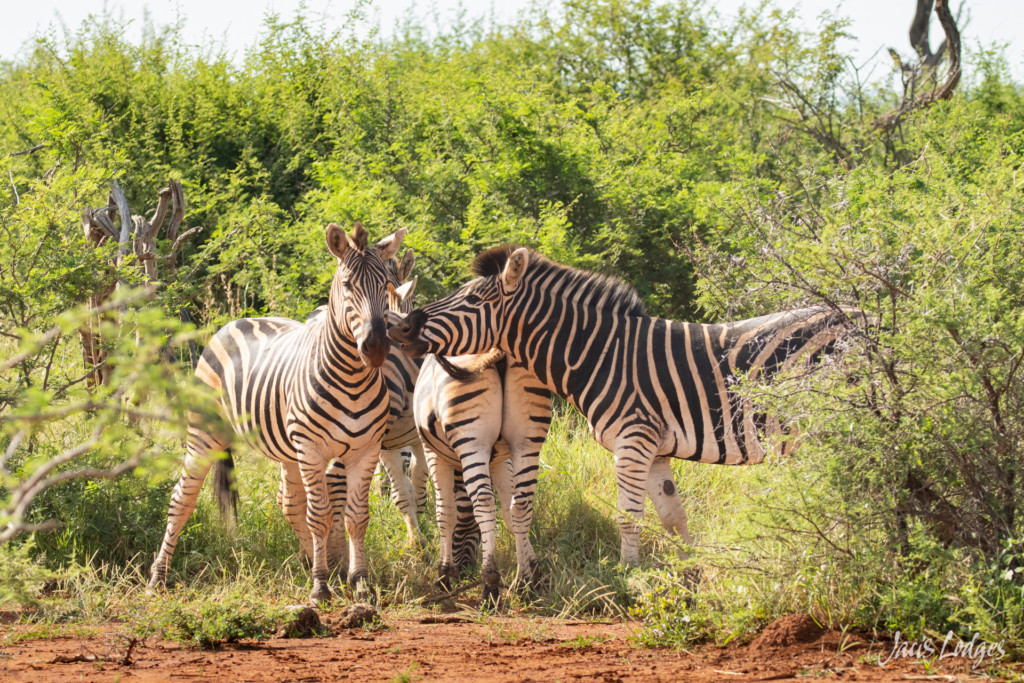 Along with the unique striping, the individuals also have a shape of a triangle on the front shoulder blade, this then gets used by the foal to be able to follow the mother better when running from a threat that they may be facing, a “follow me” or “stick close” sign for the youngster! This sign is exactly the same height as the new born foal so that it can see it clearly. At birth, the babies legs are almost the same length as its mother – this way not only can it see the sign, but also ensure that it is lost in the “dazzle” of moving stripes and not visible below the adults.

The gestation period of a pregnant zebra is about 12 months – but once her foal is born it takes less than half an hour before the youngster is able to walk, drink and follow its mother! What a challenge that would be for our babies!

Another, relatively gross fact about these amazing animals is that the foal is born without digestive enzymes or bacteria, so after about a week of a milk only diet, the youngster will start to eat the dung of its mother, this way ensuring the growth of these essential bacteria, so when they are ready to be weaned, their stomach (as ungulates) is ready to process the vegetation. 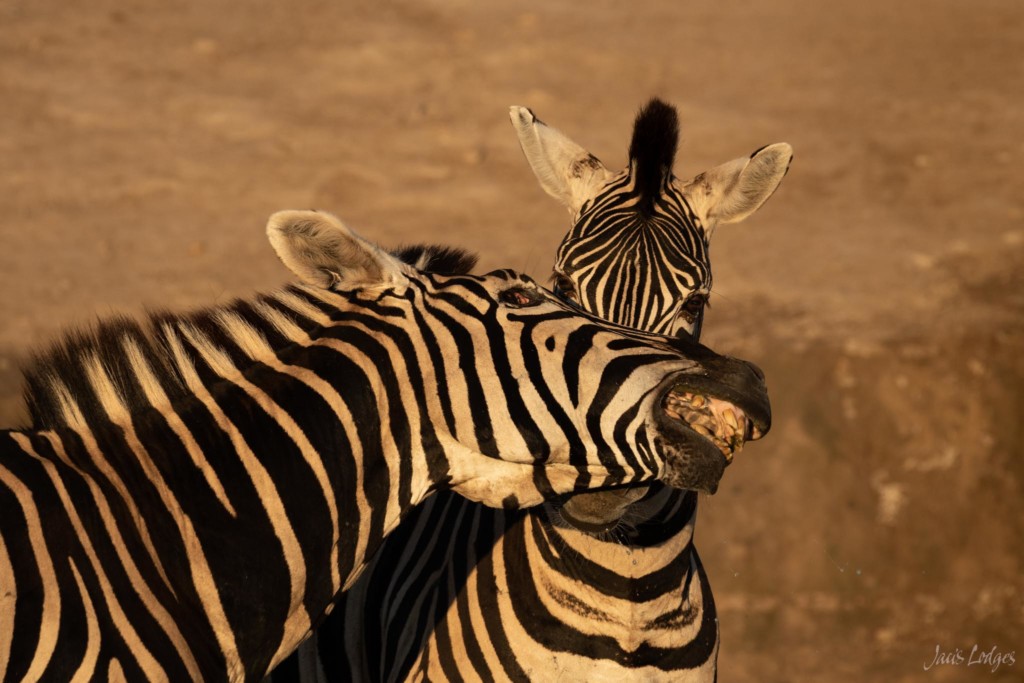 Next time you are on a game drive with Jaci’s Lodges, ask you guide to give you more amazing facts on these oft ignored mammals!