We were on a photographic safari, exploring the southern parts of the reserve. The weather lately has been hot and dry, and the bush is getting more and more desperate. Elephant tempers are flaring up at the waterholes, and three particular male Lions, the Mahiwa’s, have been successfully using the southern pans for hunting purposes. 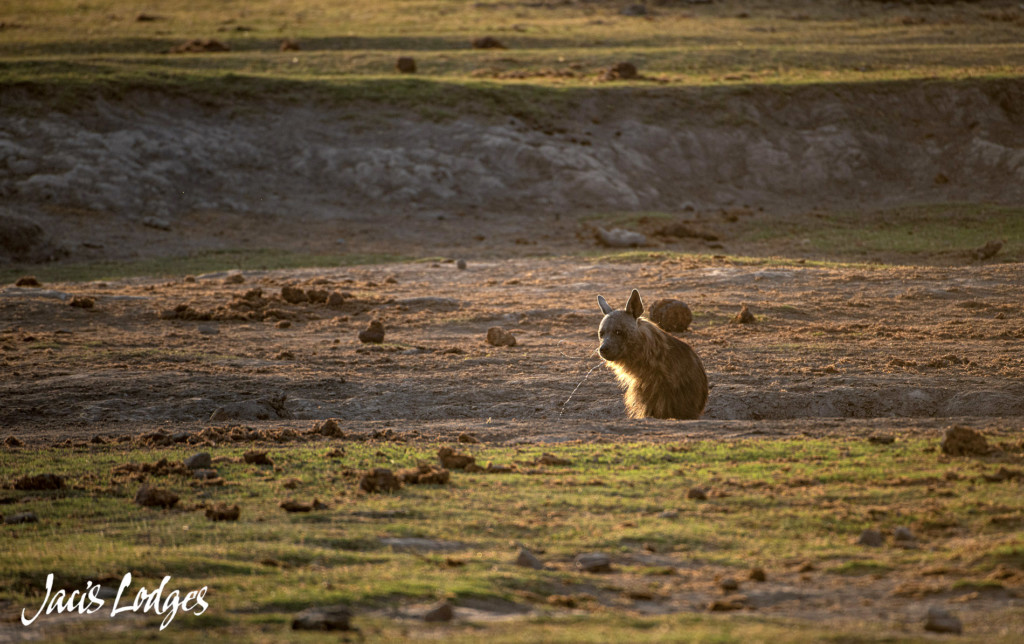 The plan was simple, we go south and find the Lions. Set up for some dramatic shots at the pans and job done. Little did we know, what was in store for us.

We got into the area where they were last seen, and we got tracking. After 10 or so minutes, we found the Lions on foot. Job done! We found our route into where the Lions were, and they were almost comatose. It’s what we expected though, with the afternoon heat still draining the bush. We decided to leave the Lions, and return a bit later, once it had started cooling. We made our way to the pan, to get the angry, thirsty Elephant shots. 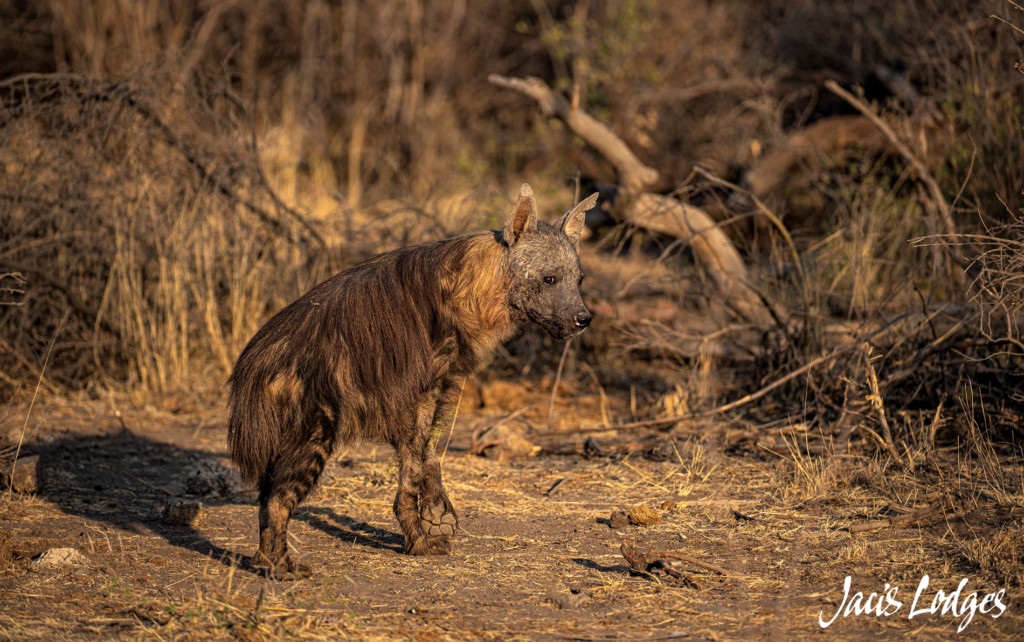 When we arrived, we found no Elephants at the pan, but a lone Brown Hyena making its way to the water. “That’s a nice surprise”, I told the guests. Then all of a sudden, a second Brown Hyena emerged out of the bush. It started stalking the other Hyena, edging a little closer. Then the first Brown Hyena, lifted its head and noticed the other one. Immediately it started showing (what I like to call), its Electrocuted display. Normally log and shaggy hair, pointed in 360 degrees. They got closer to each other and I was expecting a serious Brown Hyena squabble. The displaying Hyena then went back to the water. “They’ve probably figured out who the other Hyena is”, and it seemed to quieten down. I raced around to the other side of the pan, to get the good light and get a bit closer and to my surprise, the second Hyena mounted the first one. My first instinct was dominance behaviour from members of the same clan, but after consulting with a Hyena researcher, I discovered that this was probably members from opposing clans, because same sex members of the same clan don’t have a dominance hierarchy in Brown Hyena’s, totally different from the Spotted Hyena’s. 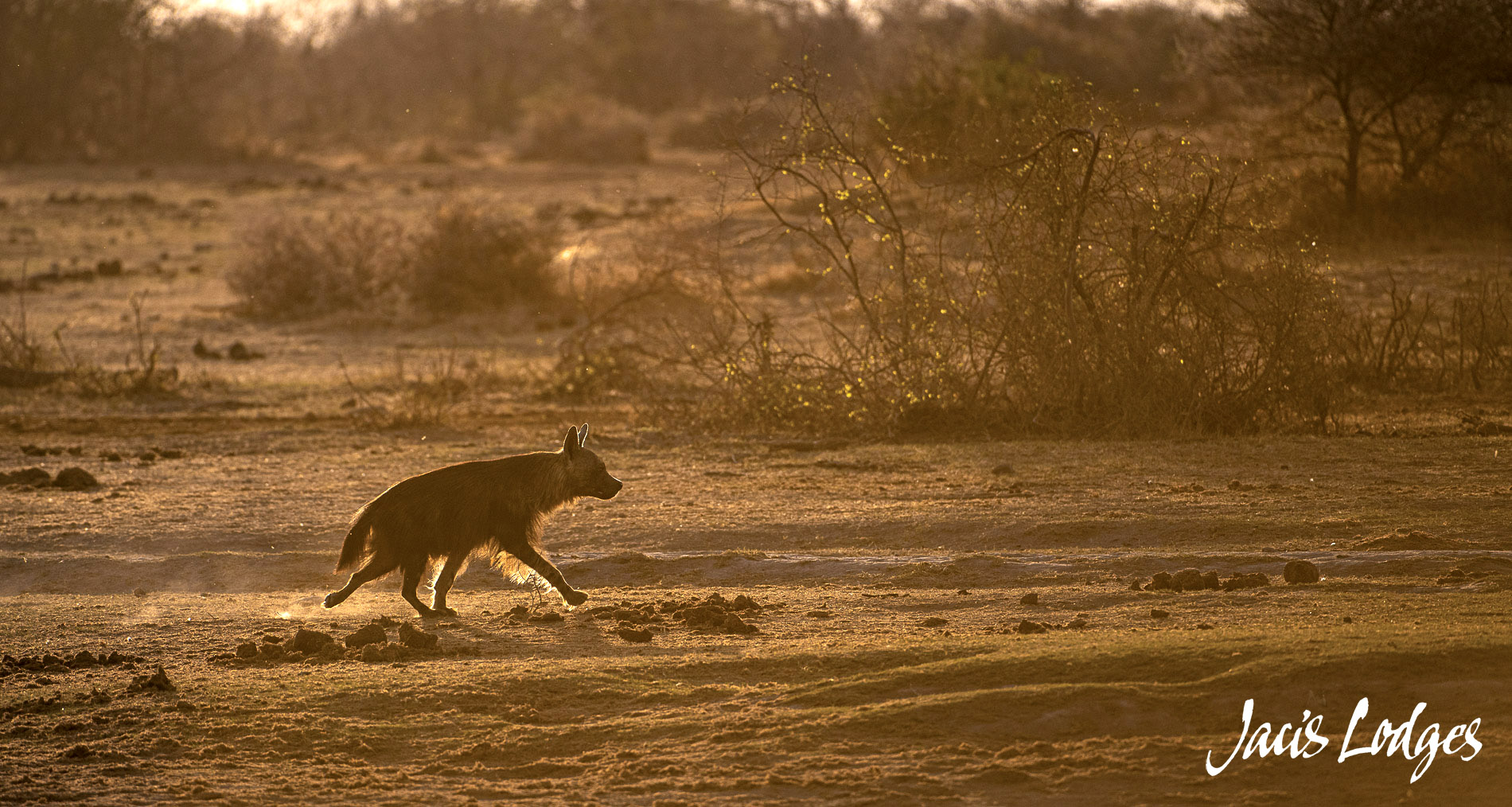 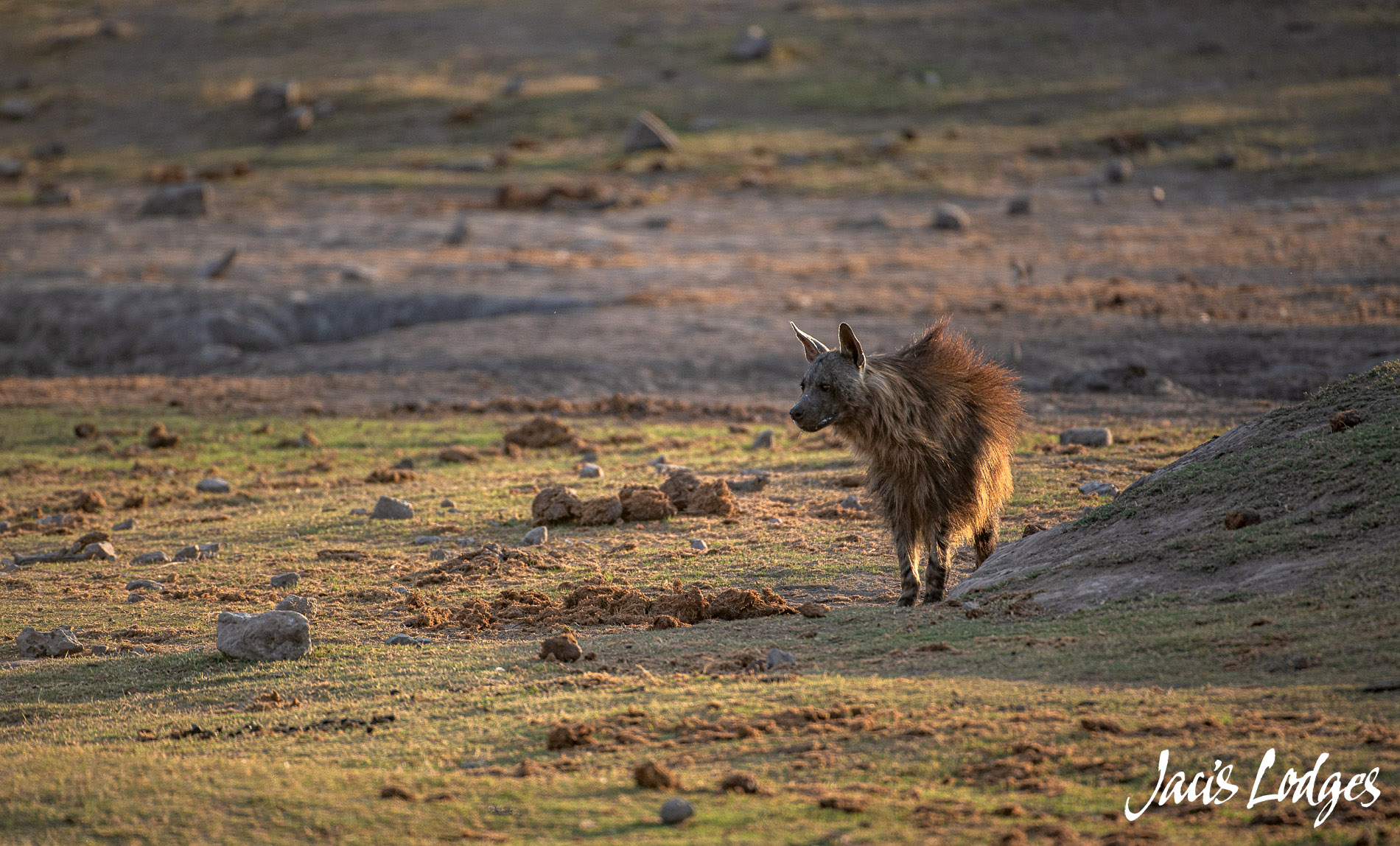 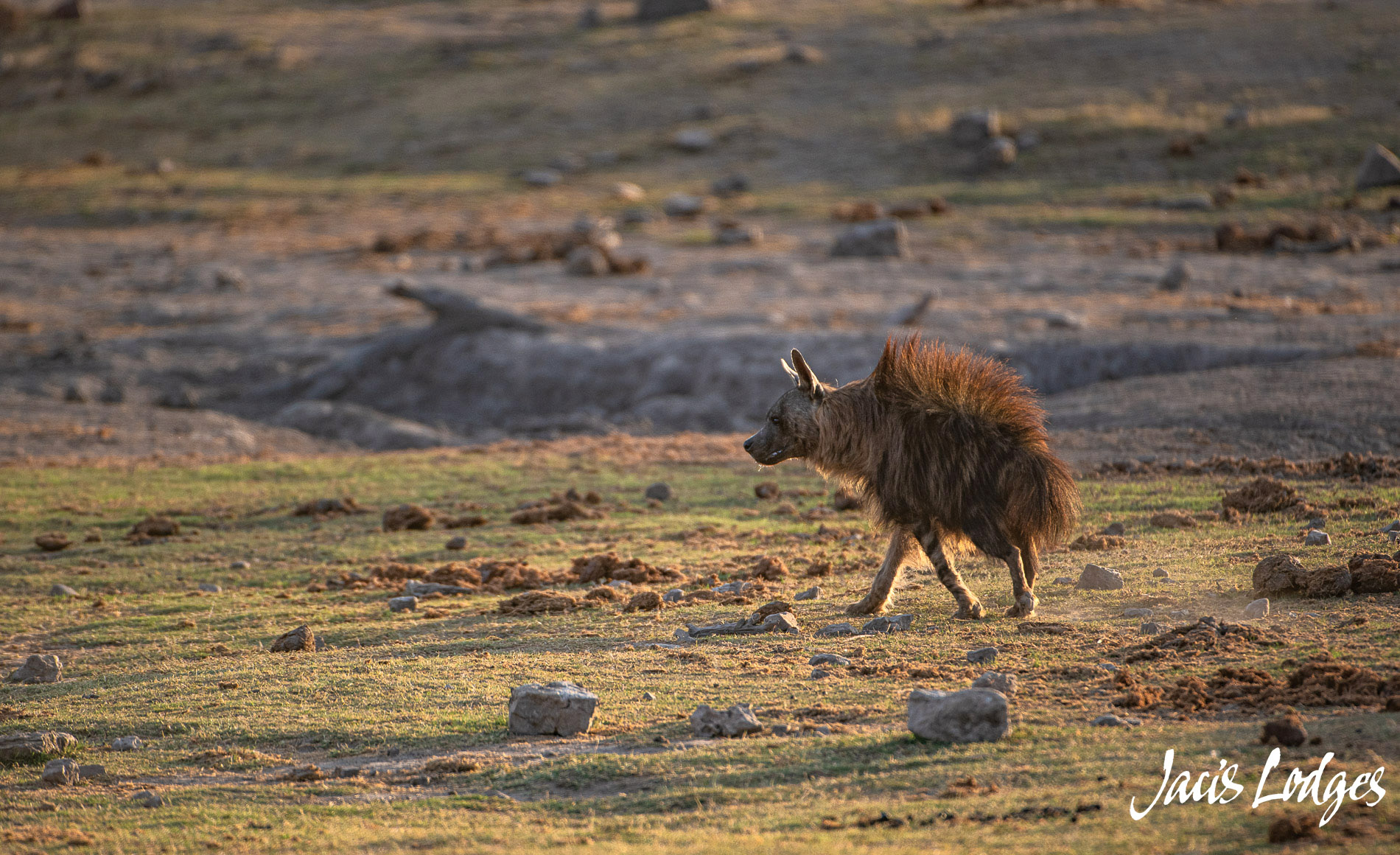 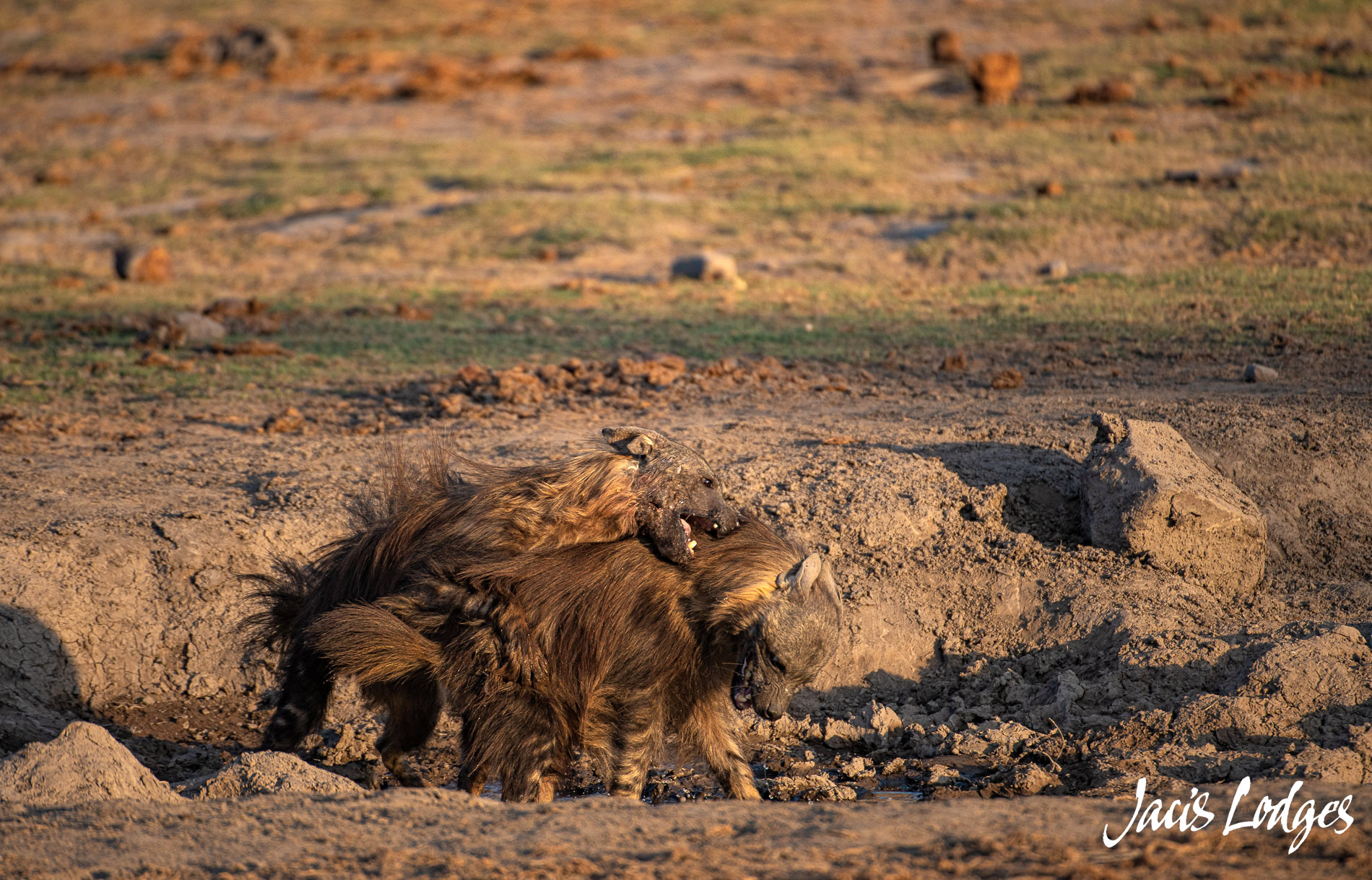 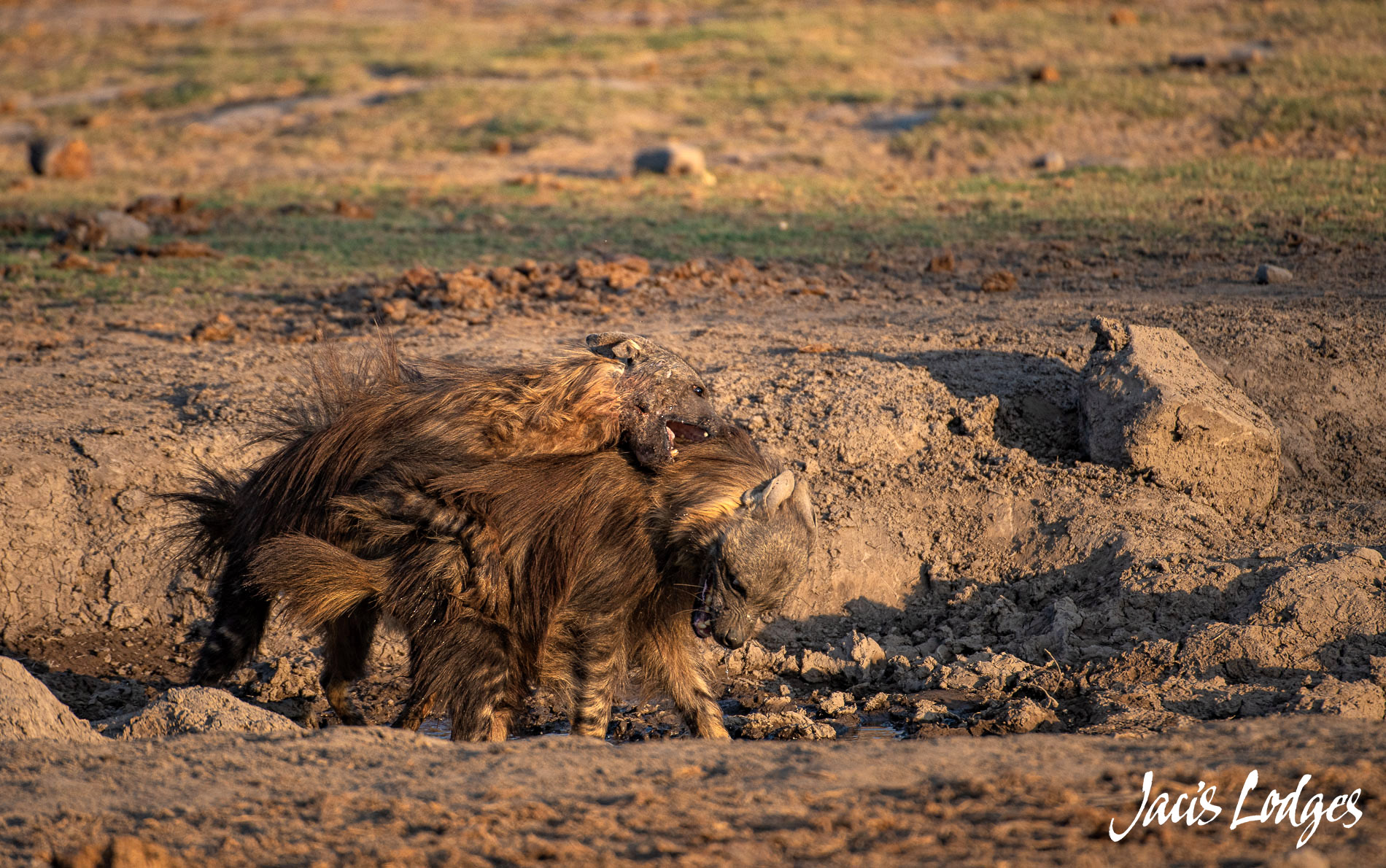 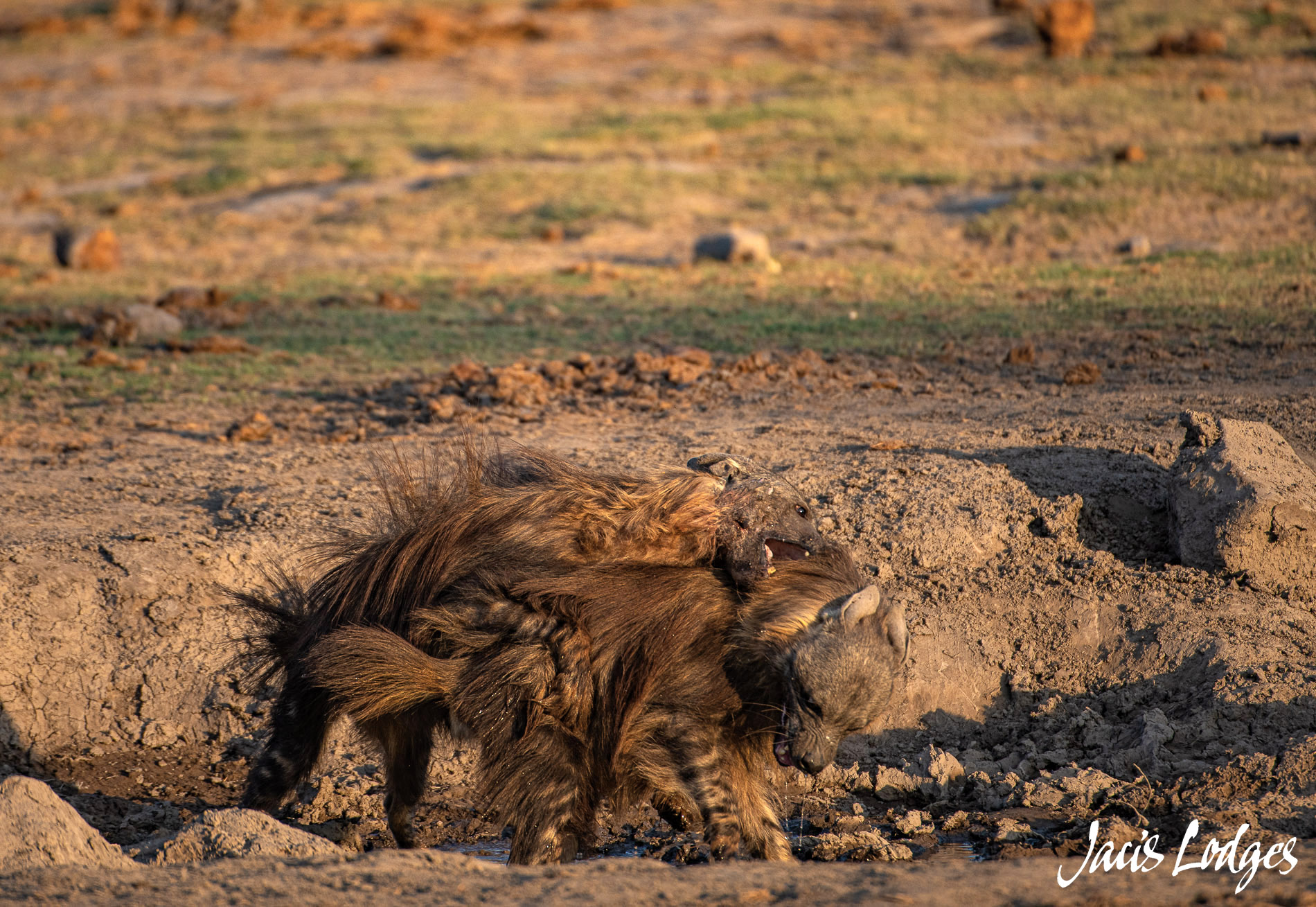 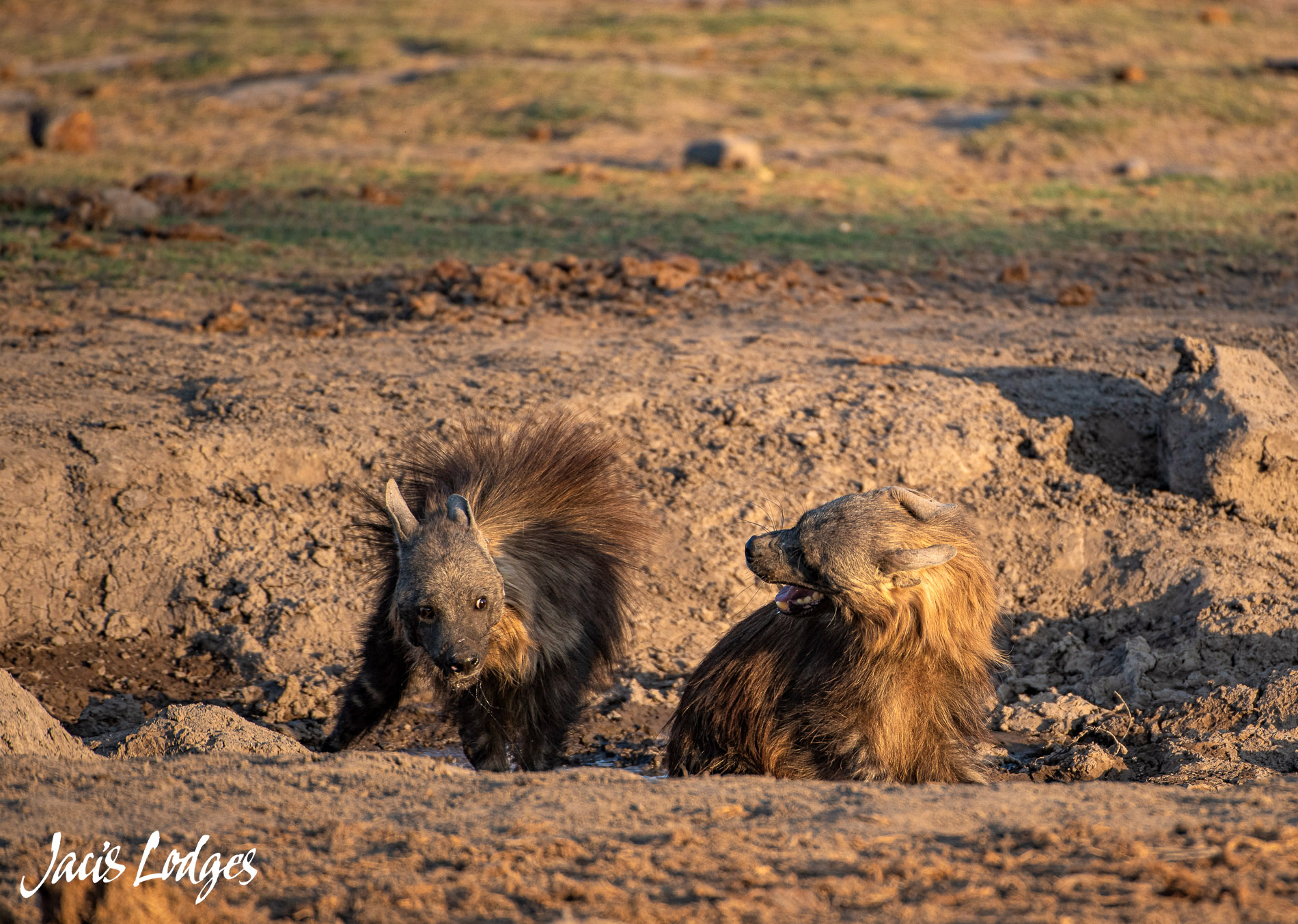 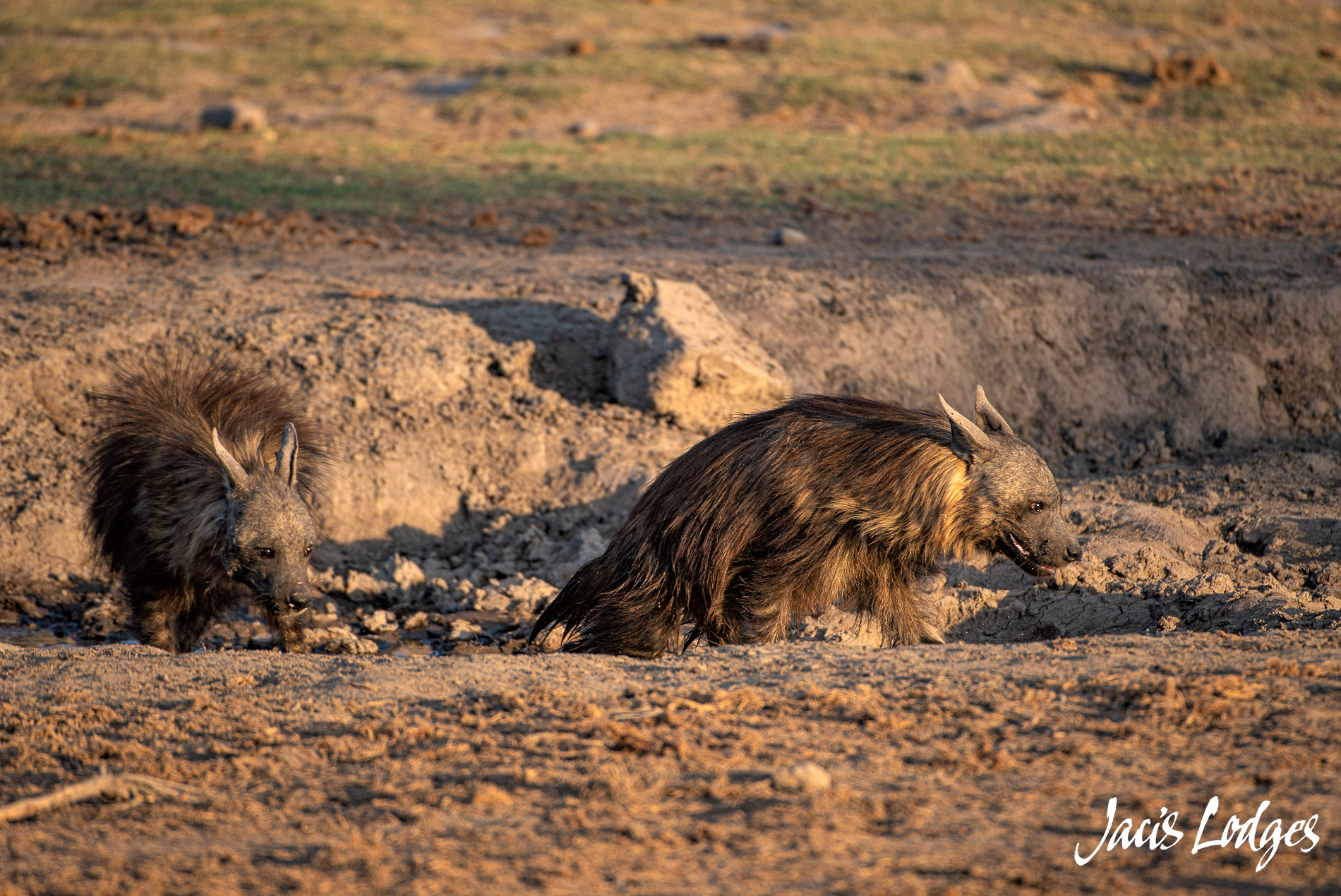 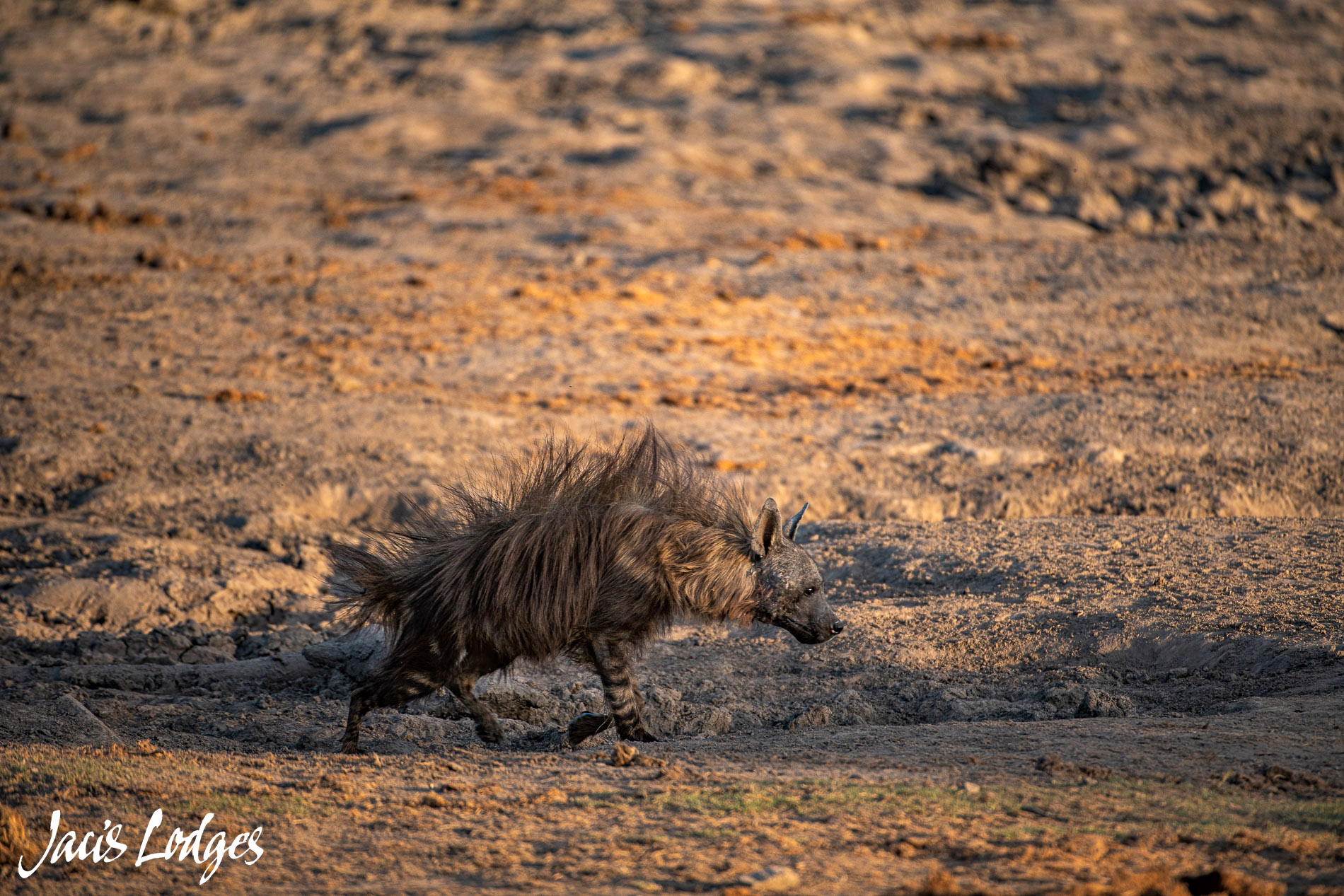 An unexpected and incredible sighting, and totally unexpected information. An absolute bonus!

Oh and the Lions came out a little while later! 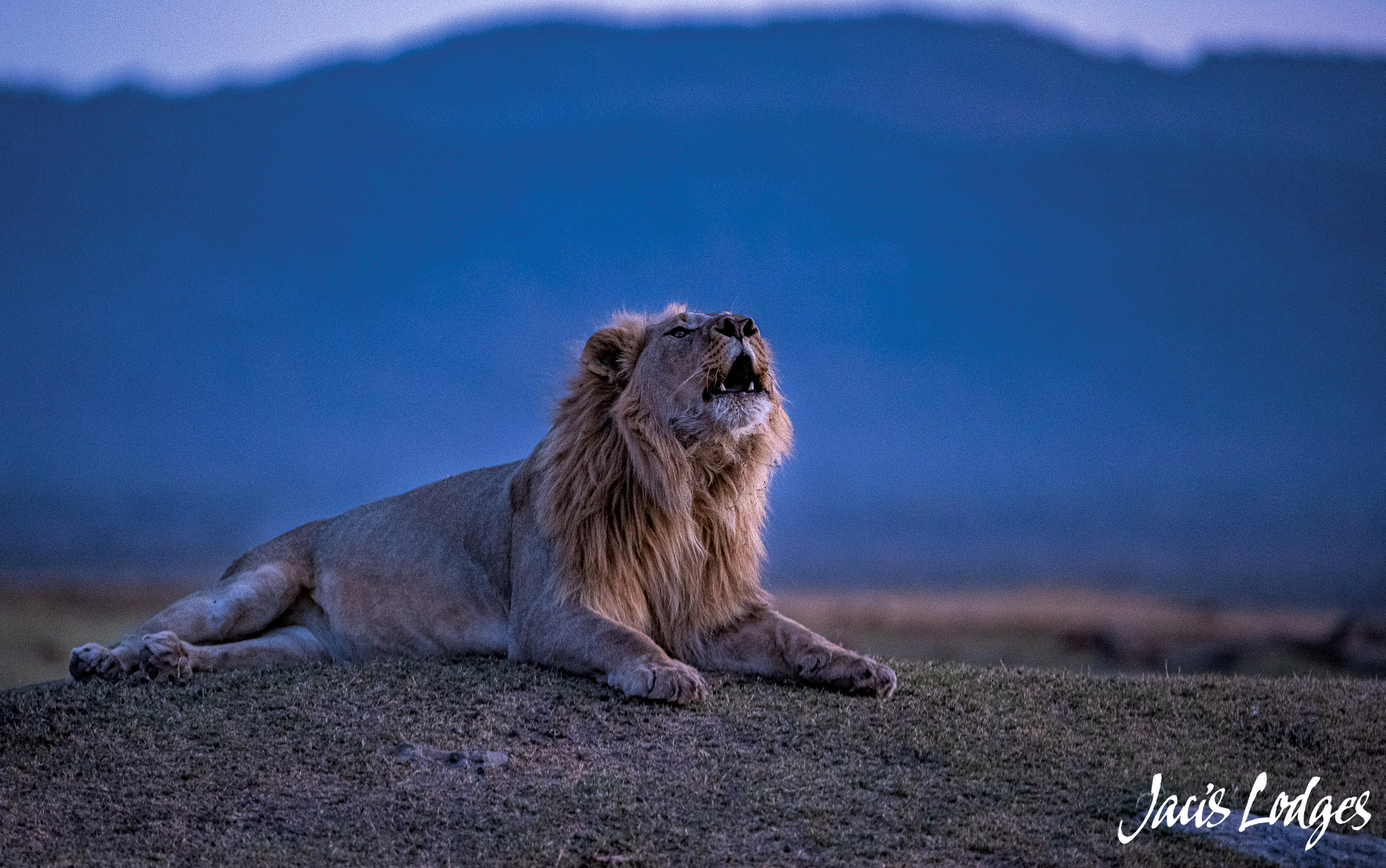 Text and images by Darren Donovan